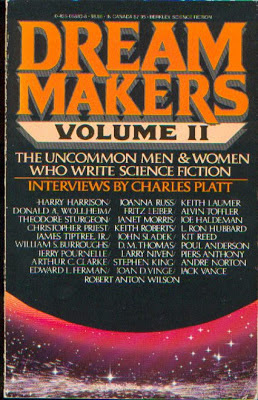 I matriculated at the University of Hawaii, Manoa as a prospective triple-major (English, Political Science, and an interdisciplinary Planetary Science major), in the Honors Program, and proceeded to take on 18-21 credits per semester of the most challenging courses I could make my way into for the first two semesters, while going in every direction that looked interesting extracirricularly. I was appointed Editor-in-Chief of Hawaii Review, the only literary magazine on campus in those years before Manoa, as an 18-year-old frosh; that appointment was rescinded by the Board of Publications for essentially frivolous reasons and against their own rules, without my (or my successor) being able to get the funds from the BOP to produce any issues. That, while enervating, was lost a bit in the rush of three friends and my campaign, as the Green Slate, for the student Senate of the Associated Students of UH...there were 19 senatorial slots in the College of Arts and Sciences, and 24 candidates. My friend Keiko was easily elected, and I came in 19th, so barely was; our running-mates Darius and Greg placed in the last five in vote totals. We were all motivated to one degree or another by opposition to the Maranatha Christian-cult incumbents on the Senate, who were able to ram through various questionable bills and resolutions in my freshman year; we foiled some of their further attempts, despite most of the executive offices in the new administration being held by Maranathans who had been senators the previous year (Keiko transferred to Barnard College at Columbia U over the summer, but Greg, whose brother was a newly elected Maranathan senator, and Darius were able to enter the senate as Keiko and others dropped out...one of the two School of Engineering senators, Kevin, was an ally on some of these matters, and was also, like Keiko, a punk-rock enthusiast rather more seriously than I was...as a favor, later, in part to thank him for letting me crash with his family, I bankrolled in part his concert event, the Second Pacific Nu Musik Festival, which was a watershed in Hawaiian punk and new wave events). I also became, more by default than anything else, the president of the Honolulu Science Fiction Society.

So it would be hard to blame my reading in those Hawaiian years for my extraordinarily mixed record as a student in 1982-1983, when after three semesters I dropped out of the UH, halfway through my incumbency, and having taken writing courses with Robert Onopa (a 300-level course as a second-semester freshman) and A. A. Attanasio (a graduate seminar in my sophomore year's first and only Hawaiian semester). But I was certainly still reading The Magazine of Fantasy and Science Fiction and the horror-fiction magazine and anthology series Whispers and Ellery Queen's Mystery Magazine and while growing decreasingly happy with the tack The Atlantic was taking, this new incarnation of Harper's was interesting. As was, among the books I was quite happy to find, the now rather obscure collection of interviews with and profiles of sf and fantasy writers called Dream Makers II, the second such volume, assembled by the ever-contentious Charles Platt, who nonetheless with these books was channeling the rather more openhearted and professionally smooth approach of one of his idols, Alfred Bester, who loved writing sf but loved writing and editing (and particularly profiling) for Holiday magazine in its glory years in the 1960s about as much. Platt's first volume did reasonably well, for a collection of interview-based essays, and Platt was able to get backing to touch base with a similar range of writers for the second volume, including such folks as the half-paralyzed and sporadically enraged Keith Laumer, grimly determined to get past the strokes that hadn't yet utterly incapacitated him; Joanna Russ explicitly Outing herself as lesbian, still a relatively bold move in 1983 even if not much of a suprise to those who'd been reading her more autobiographical work; Jerry Pournelle expressing his appreciation for Mussolini and the Fascists, and revealing that he had been, briefly, after his service in the US military in the Korean War, a member of the US Communist Party, largely out of disgust with what he'd just experienced (and, one gathered, his still-strong fetish for Order and Hierarchy), and generally reading how a second set of major writers in the field felt they should present themselves and their work, and what Platt made of them as interview subjects, usually in their homes when they were game to have him over. Fascinating stuff, and certainly Platt's piece on Theodore Sturgeon in this volume didn't make it any easier to miss (what would turn out to be) Sturgeon's last writers' workshop, on one of the neighbor islands, which I couldn't afford to attend so didn't apply for (this was in a period of trying to make my way without taking more money from my parents, which turned out not to work so very well in the depressed job market of 1983-84 Honolulu/Oahu).

Well, having left Hawaii to rejoin my parents, brother and cat, who had moved in '83 to the DC suburbs in Virginia, I got some jerk jobs and began saving money to return to school there, going on to fill out some core requirements at Northern Virginia Community College in 1985, where in working on the campus paper I met Frank Lawrence, my Green/libertarian-left political interests didn't lessen, and in reading a column in Utne Reader about a Canadian journal that sounded particularly interesting, I sent off for a copy of Our Generation, the libertarian socialist and anarchist magazine, which in that issue featured long essays by Noam Chomsky and Murray Bookchin, and shorter pieces (iirc) by George Woodcock and Janet Biehl, among others. Our Generation would soon be supplemented by such more local productions as Social Anarchism, which I would eventually contribute to editorially, and such more farflung publications as The Match! (from an eccentric DIY publisher in Arizona) and Freedom (the anarchist newspaper/newsletter of long standing out of England), and I cast about and supplemented reading the likes of Emma Goldman's massive and often breathtaking Living My Life and Woodcock's and Chomsky's and Daniel Guerin's books, and the likes of Sonia Johnson's political memoirs, with anthologies such as Marshall Shatz's slightly potted but useful and interesting Essential Works. It was nice to have early work by such a Green mover and shaker as Daniel Cohn-Bendit handily cheek-by-jowl with that of Paul Goodman, and both brought together with such progenitors as Proudhon and Bakunin, Kropotkin and Godwin. As with Johnson, not a few of the feminists I was reading voraciously as well, very much including Joanna Russ and the all but anarchist Ursula Le Guin, were echoing much of what the left-libertarian foremothers had noted, applying it to new circumstances. Both on my last academic campus, George Mason University, and off, I grew more involved with the anarchist, libertarian-socialist, Green and other activities at hand, and helped start a few. Very busy times. And some very good reading, to say the least.

For the Platt, from WorldCat:

for the Shatz, from the table of contents in the online version, link above:
Preface ix

MAX STIRNER: Individualist Anarchism
The Ego and His Own 42

PIERRE-JOSEPH PROUDHON: Mutualist
Anarchism
General Idea of the Revolution in the Nineteenth
Century 81

LEO TOLSTOY: Christian Anarchism
The Kingdom of God Is Within You 229


Part II. The Mind of the Anarchist: Memoirs and
Autobiographies 267
PETER KROPOTKIN : The "Repentant
Nobleman"
Memoirs of a Revolutionist 269

EMMA GOLDMAN: Anarchism and the
Liberated Woman
Living My Life 312

ALEXANDER BERKMAN: "Propaganda by
the Deed"
Prison Memoirs of an Anarchist 356

VOLINE: Nestor Makhno and Anarchism in the
Russian Revolution
The Unknown Revolution 450

FRANZ BORKENAU: The Anarchists in the
Spanish Civil War
The Spanish Cockpit 484

ROEL VAN DUYN: The Kabouters of Holland
Proclamation of the Orange Free State 569

PAUL AND PERCIVAL GOODMAN: Restoration
of the Community
Communitas 575

Wow. This is a nice retrospective of you college years. Being in Hawaii would take me in all kinds of different directions than the ones I took.

I actually own this book (and DREAM MAKERS I). And I always thought Charles Platt was an underrated writer.

George, I agree. Platt's FREE ZONE, for example, is an excellent novel, about a litertarian socialist limited state in a near-future North America. DREAM MAKERS the first was issued while I was in high school, and read then...the 1987 "best of" harcover reprint, taking interviews from both volumes and rather confusingly calling itself simply DREAM MAKERS is an inadequate substitute for both earlier volumes.

Patti--well, I certainly mostly though not by any means in every way preferred life in the Oahu city (though administered as a part of Honolulu) of Kailua to life in Londonderry, NH, where I'd spent the previous three years. And, of course, this is quite a gloss, particularly over my Virginia undergraduate years, and barely touches on, for example, my non-political social life. Though my social life was rather politically charged in those years.

Yes...the first volume and this one, II, are pretty impressive. Just don't settle for the the boiled down 1987 volume. Douglas Winter and Ed Gorman have had comparable books of horror fiction and crime fiction writer interview/profiles out.

I don't know the book, but I enjoyed reading your recap of the college years. I'm afraid my own didn't enlighten me all that much -- or as much as later studies would -- and I quickly grew disenchanted with the bourgeois liberal mindset that had very little to say to me and was far too conservative for my increasingly radical notions, ditto Utne, Atlantic and the rest of the supposedly lefty and liberal MOR stuff.

But my revolutionary ideals are more Blakeian than movement oriented, so I am revolting on my own.

I will try not to read into my WV: copprogr

Yup...the increasingly dull and increasing rightward swing of THE ATLANTIC and the generalized triviality of UTNE READER put me off...but OUR GENERATION and SOCIAL ANARCHISM and PROFANE EXISTENCE (which published a short essay by me that made its way, in part, into someone else's commercially-published thesis, which I was made aware of on the same day I bought my first car. Now, THERE's bourgeois life in a capsule for you...particularly since it was Ford station wagon) were livelier or more solid or both. The books are worth knowing, the Platt clearly more original than than the (noble name) Shatz, but they did me right. And, thanks. Query me for the grimmer details sometime if you want. Mostly me being an ass with people who deserved better. Then again, I called our current US Vice President on his bullshit on two occasions to his face, back in his Senatorial daze.

And HARPER'S in the '80s made me happier. Less impressive now, but still better than THE ATLANTIC or THE NEW YORKER...much less VANITY FAIR.