Friday's "Forgotten" Books: the links (plus one more)

Patti Abbott is on the road, so I'm filling in this week. Look back to Pattinase next week for the next list of links. 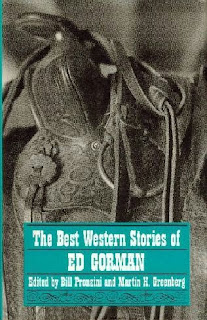 Barry Gardner: You Can Die Trying by Gar Anthony Haywood; The Man with No Time by Timothy Hallinan

Randy Johnson: Mordred by John Eric Holmes, from outline by Larry Niven and Jerry Pournelle (an authorized sequel to the novel which introduced "Buck" Rogers)

Rob Kitchin: The Whispers of Nemesis by Anne Zouroudi

K. A. Laity: Tales from Moomin Valley by Tove Jansson

Evan Lewis: The Mark of Zorro by Johnston McCulley

Todd Mason: The Best of Saki edited by Graham Greene; Theories of Everything: Cartoons by Roz Chast 1978-2006 (see below***)

Neer: Murder of a Martinet by ECR Lorac

James Reasoner: Too Hot to Hold by Day Keene Frederik Pohl: SF Publishing Through the Ages (with Fred) 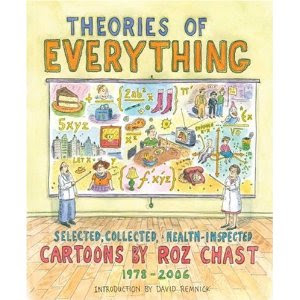 If most people would have a quibble with Graham Greene's slender but rich slice of the collected short fiction of H. H. Munro, it would probably be the absence of "The Interlopers," that deft suspense story (and one that librarians and booksellers, those vanishing breeds, are often quizzed about); if I have another, it would be the similar absence of "Laura." Most of Munro's other most brilliant, usually at least wryly humorous horror and suspense stories are here, from the understandably inevitable "Sredni Vashtar" to the delightful "The Reticence of Lady Anne", and the first two stories I read by Saki/Munro, "The Open Window" and "Gabriel-Earnest"...and I much preferred the latter as a child and still do, though then in part because I wasn't quite sure of the meaning of "romance" in context. Greene selects at least a few stories from each of the Saki collections, leaning most heavily on the third and fourth of the five, and not skipping the purely satirical or nearly so, such as the story-within-the-story of "The Story-Teller"...Munro was very much of the Edwardian school of smartasses that also included such brilliant amphibians in both horror and comedies of manners as E. F. Benson, and was one of the painful losses of the literary world in World War I; Greene, not altogether unfamiliar with work in this mode himself, notes Munro's kinship to such survivors of traumatic childhood as Dickens and Kipling, and also his kinship in wit with Oscar Wilde (and certainly the title story of his last, posthumous collection, "The Toys of Peace," not collected here, is also notable for its somewhat despairing sentimentality, also in common with some of Wilde's late work). While omnibuses of the complete works have been available for some time, this selection makes a fine introduction...it's also notable that in Munro's short, war-ended career, his one science fiction novel (of two novels published) predicted a future war between Britain and Germany, When William Came.

Roz Chast is probably the best of the New Yorker cartoonists to arise in the latter half-century...clearly influenced by her predecessors in that magazine (David Remnick notes in his introduction that she was particularly drawn to the work of Peter Arno, George Price and, most of all, Charles Addams) and such others as Jules Feiffer and Gahan Wilson, she's a protean talent, and much given to deadpan and the kind of sideways yet intense scrutiny of daily lives that in its turn, I think, has helped inspire such folk as Lynda Barry and Peter Bagge; her early simple gag panels (such as her first New Yorker contributions in '78 reprinted here) soon gave way to often elaborate strips alternating with single-panels that featured her most familiar sorts of characters, who often look hunched and apprehensive at the best of times, and usually for good reason (I don't know how much the underground comix cross-riffed with her work, but she and no few of the artists there developed along similar paths). One of the finest things I've plucked while flensing the most convenient Borders carcass, this one, sadly, has been at least partially remaindered by its publisher...so look for inexpensive copies wherever dumped books are sold. 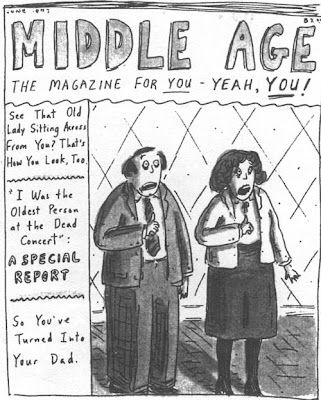 My entry for Friday's Forgotten Books is up, Todd.

Barry Ergang is back this week on my blog with his entry for FFB. this week he is doing THE LAST BEST HOPE (1998) by Ed McBain. The link is http://kevintipplescorner.blogspot.com/

My entry is up also, Todd.

I'll be back later to leave an in depth comment.

Todd, mine's up here. It's The Queen's Gambit by Walter Tevis.

Oops, got her name wrong It's Roz Chast, of course. I always confused her last name with designer Seymour Chwast. He's been on my brain today. Sorry about that.

Mine's finally up, Todd: MR. FOX AND OTHER FERAL TALES by Norman Partridge.

I think I'm caught up! Some excellent books and writers in this "late" group...

Saki is a favorite of mine. I immensely like "The Open Window"
because it reminds me of utterly disrepectful I was towards adults. I completely understand the nasty little girl who scares the life out of that gullible man. The stories that focus on children always tend to be my favorites. He saw the dark and cruel side of young people and wasn't afraid to explore it in a variety of ways.

I have the 1958 edition of The Short Stories of Saki (H.H. Munro) with introduction by Christopher Morley, published by Modern Library. It seems to have just about everything, segmented as follows: Reginald, Reginald in Russia, The Chronicles of Clovis, Beasts and Super-Beasts (this includes "Laura" and "The Open Window"), The Toys of Peace, The Square Egg. Total is, if I count correctly, 130 stories. I realize on reading your review that I've read none of them in probably 35 or 40 years. Think I'll leave it out on the side table for a while and dip in now and again.

I enjoy Chast's work in The New Yorker, but have not looked at any of his collections.

Uh, that's "HIS collections" of course. slipo on the keyboard.

As for other cartoonists on TNY, I've long been fond of the work of Christopher Weyant.

I'll have to check for Weyant's work, the name isn't yet registering for me...you meant, Her cartoons, of course...

It was the dark side of the adult hypocrites around the children that allowed the kids to bring justice, of a sort at least, to the situations in the Munro stories, as Greene notes...Gabriel-Ernest certainly has his way with both dark and dim adults, for example...

I'm not as familiar with Saki as I should be. Is there a better collection that you would recommend, or is the Greene anthology good to start with?

The Greene is as good an introduction as one could want (albeit without "Laura" and "The Interlopers" and perhaps "The Easter Egg"), but his was such a relatively small body of work that one might well get the short-story omnibus that Rick has from Modern Library (Morley intro), and Doubleday in 1975 offered a COMPLETE WORKS in one fat volume (Noel Coward introduction), which B&N's own "instant remainder" arm goes one better in 2006 with another COMPLETE WORKS supposedly previously uncollected stories. Inasmuch as you won't pay too much more for the new B&N volume than you probably will for the (newest) Picador edition of the Greene selection, or for a good copy of the Penguin or Viking editions, you might well consider getting the whole magilla from B&N, and catching up with the introductions via the libraries...

Not familiar with this writer except for the name which I've heard before. As I told John, earlier, my education continues.

I think I'll see what my library has. Thanks Todd, for such an interesting combo review.

"Tobermory" would be another Saki short story people often will have read without remembering it as a Saki story...a family housecat enigmatically begins speaking one day, in perfect English, about the unimpressive behavior of the humans in his life...

I, too, have heard the name Saki but had no idea what the writing was.

I've been fascinated by WWI related writing. I'll have to take a gander.

You're quite welcome, Ron, and thanks!

Gerard, WHEN WILLIAM CAME and premonitions/subtexts in a few of the stories in "The Toys of Peace" are all that's likely to be too directly relevant to WWI itself, but certainly he's an important figure in the era and aware of the run-up..."The Easter Egg" is one of his most memorable stories about the troubles in Russia pre-WWI...

Roz Chast is made of awesome -- which she doesn't seem to know. Interviews with her show a woman who's both delighted to be doing what she loves and somewhat confused about the same. Barry is a good link. But far more joyful despite the darkness of her material. What I wouldn't pay to see the two of them talking together. Wonderful.

And both with Feiffer, depending how they feel about each other.

For that matter, both with any of the foremothers of comix...