Friday's "Forgotten" Books: the links (a work in progress...please let me know if I've missed yours!) 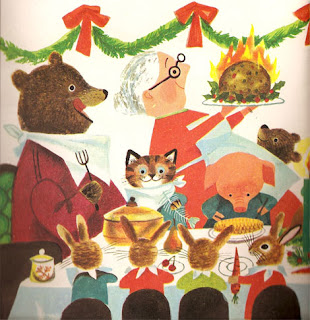 Patti Abbott, the originator and usual host of Friday's Books, is traveling, so I'll be compiling the links for reviews and citations on others' blogs for the next several weeks. Happy Solstice Holidays, everyone!

William F. Deeck: Method in His Murder by Thurman Warriner

Martin Edwards: In Whose Dim Shadow by J.J. Connington

Ed Gorman: On the Loose by Andrew Coburn

Jerry House: Still is the Summer Night by August Derleth

Randy Johnson: Tama of the Light Country and Tama, Princess of Mercury by Ray Cummings

James Reasoner: A Corpse for Christmas by Henry Kane

Gerald Saylor: All the Young Warriors by Anthony Neil Smith

Ron Scheer: The Work of Wolves by Kent Meyers

"Tomcat": Crime on His Hands by "Craig Rice" (Georgiana Craig) and possibly Cleve Cartmill, as by George Sanders

Just posted mine, Todd. STILL IS THE SUMMER NIGHT by August Derlth.

Thanks again for filling in for Patti Abbott, Todd! I'm sure Santa will bring you some extra goodies for being an excellent Substitute Host for FFB!

Probably likely to get a bit broader yet, Kate...I need to settle on what I mean to write up, yet.

Jerry, thanks...and you, too, George. A little respite from the bad cess of late would be welcome.

Thank you for doing this and including mine, Todd.

Meant to thank you earlier, Todd, for stepping in for Patti. What would we do without you? (Or Patti, for that matter.):)

A wonderful selection, this week. Why am I not surprised?

Merry Christmas to you and your family, Todd. Hope it's a great one.

Not at all, Kevin and Yvette...it's (mostly) a pleasure to compile, even if it is a bit of a task (particularly as the computer I'm using at the moment prefers not to cooperate completely with Blogger).

Happy Solstice Holidays to you and yours, too, Yvette!

Thanks for the link, Todd. I stumbled upon the "Galaxy Science Fiction" cover quite by accident. Since then I've been reading about its founding editor H.L. Gold on several sites and blogs. His son, E.J. Gold, a well-known artist and jazz musician, revived GSF for a few months. The sf magazine has an impressive following and with writers like Bradbury, Asimov, Sturgeon and others, it seems like it was the most influential sf mag in its time.

Merry Christmas to you and your family, Todd!

Why, yes, Prashant, there is a GALAXY magazine tradition of Santa Claus covers...Ed Emshwiller produced a number of humorous covers for the January issues to reflect that holiday. EJ Gold is a lot less well-known as a jazz musician or visual artist than as someone who attempted to revive GALAXY and didn't do such a great job at it, but when GALAXY began in 1950, it soon became the bestselling and probably the most influential of sf magazines, and because it was published by the US arm of Edizione Mudiale ("World Editions"), it had international editions in a number of languages. Unfortunately, EM didn't do well with any of their other US magazines and rather hastily sold GALAXY to its US printer, Robert Guinn, and so the magazine was never quite on as firm a financial foundation again as it might've been. Nonetheless, HL Gold did manage to work aggressively with his writers (too aggressively, for some of those writers) to help make the fiction GALAXY published both sophisticated and accessible to general audiences...Gold hoped to see GALAXY sell nearly as well as general-interest "slick" magazines of the time, such as THE SATURDAY EVENING POST, or at least as well as such hugely popular science fiction as Orwell's 1984 or Jack Finney's THE BODY SNATCHERS or Nevil Shute's ON THE BEACH. Sadly, by the end of the 1950s, various health-related matters and diminishing returns had led GALAXY to be somewhat less influential and popular; HL Gold had alienated a lot of his best writers, such as Theodore Sturgeon and Isaac Asimov (and Asimov was already starting to become primarily a nonfiction writer, and he wouldn't become a prolific fiction writer again till the end of the 1970s), though Frederik Pohl came in to increasingly take over editorial duties, and under Pohl, with help eventually from Judy-Lynn Benjamin/Del Rey, GALAXY was again regularly impressing readers and writers alike by the end of the '60s...when Guinn sold the magazine to UPD Publications, a small paperback house that had at one time mostly been a softcore porn publisher, which would publish it with even less financial security throughout the '70s, before selling it to the Avenue Victor Hugo Bookstore folks in 1980, who managed to publish an issue or three before ceasing their publishing activities.

Here are those other special Santa covers:

The one you included: Galaxy, January 1956

There was no special cover for 1958 Xmas.

Well, Edizione Mondiale, anyway. Their romance fumetti title, in its failed US edition called FASCINATION as I recall, had been a worldwide hit, essentially, everywhere else.

Thanks Todd, for your comments on GALAXY, which is a big favorite of mine and a magazine that can be reread because of he high quality of the fiction. The first magazine I ever bought off the newstand was the February, 1956 GALAXY and as a kid I loved the magazine. That issue led me to collect the thousands of back issue magazines that I presently read and reread.

I'd frame the issue and hang it on the wall but my wife would probably destroy it since she would recognize it as the guilty culprit that led to a house full of digests, pulps, slicks, and literary quarterlies.

Love me, love my collection!

And the Av. Victor Hugo Bookstore people indeed managed to publish only one issue of GALAXY, I see, as their previous project GALILEO was collapsing at about the same time (a number of staff from GALILEO/GALAXY went on to found ABORIGINAL SF with other backing), their earlier project FICTION, not to be confused with the City University of NY little magazine FICTION, having folded some years before.

So, Walker...how many of these do you remember from your first taste?

--I'm pretty sure I haven't read that Bloch, and hadn't realized Gold was writing for himself as prominently as that..."Bodyguard" was the title story of one of his BEST OF GALAXY anthologies...

And from Galactic Central, Phil Stephensen-Payne's site which is a source of cover images for all sorts of web folks including myself, this assortment of Santa/Xmas covers of various magazines that contain at least some fiction (and ADAM, the 1960s/70s US skin magazine, has a rather chaste cover image, if less so the headlines for the articles and such within).

Thanks for posting the contents page of the Feb 1956 GALAXY. I've always been afraid to reread the issue because though I loved it as a 13 year old, now at age 69, it doesn't look that great. At least not when compared to the GALAXY's of the early 1950's. I will first try rereading Gold's "Bodyguard" and if all goes well then I will descend into nostalgia.

Age 13 captures that "sense of wonder" especially with SF.

Todd, thanks very much for the background on Galaxy SF as well as the many links to the special Santa covers. Appreciate the trouble you took. This sf amateur is in for a treat this Xmas!

Thanks to Walker Martin, too, for the Galaxy SF memories.

Here is my strongest memory of GALAXY. After discovering the magazine in the winter of 1956, I saved up my allowance of $1.50 a week and by the summer of '56 I had enough to buy the back issues. The publishers of GALAXY used to run an ad offering all the back issues for 25 cents each.

When the package arrived, I eagerly opened it and to this day, I still remember the scent of mint GALAXY'S as the paper smell rose out of the box and hit my face with a life changing slap.

From that day on I was a magazine collector. I carefully read one issue each day that summer and I consider the summer of 1956 to be the happiest yet. No e-reader or e-book can ever match that memory!

Well, Walker, I had an almost identical experience, though I was already a magazine collector when I bought a box of F&SF back issues from the magazine's publishers, and they came with the paper warehouse mint ink and paper and glue scent about them, which was intoxicating. Weirder, that box was a replacement, as the first they sent was the first important piece of mail never to reach me (a box of BEYONDs and such from Chris Drumm, fifteen or so years later, was the most memorable successor).

Yes, intoxicating is the right word. I've found that each magazine title has its own particular scent, mainly from the different woodpulp paper. Glue, cover stock, and print must play a part. GALAXY smells different from F&SF, BLACK MASK different from WEIRD TALES, etc.

It appears I am addicted to magazines and books because of this intoxicating scent. Plus I read the things!