Tuesday's Overlooked Films and/or Other A/V: with more content... 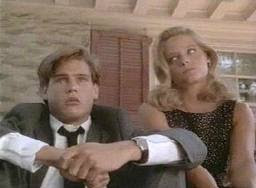 Thanks to all contributors (and there likely will be at least a couple more coming today) and you readers; as always, if I've missed your link, or that of someone which should be here, please let me know in comments. Thanks again. 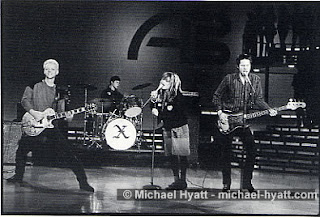 Chuck Esola: Smoke 'Em if You Got 'Em 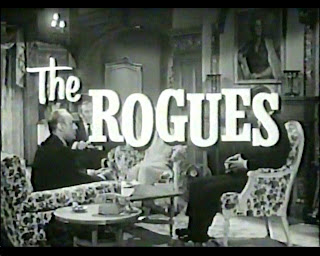 John Charles: One Down, Two to Go 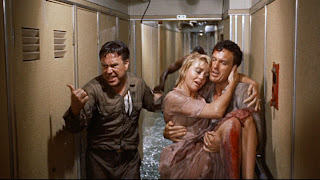 Randy Johnson: A Bullet for Joey 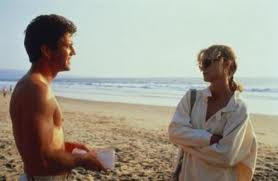 Steve Lewis: You Came Along

Todd Mason: The Not Quite As Big Broadcast: Radio Drama from the 1960s to Now (please see below)

The Not Quite As Big Broadcast: Radio Drama from the 1960s to Now

This will necessarily be a work in progress...and, in a sense, is an extension of previous posts on podcasts and radio (and commercially-recorded audio) drama generally. But there are several archives and active projects that have been brought up in various fora of late, so I'd thought I'd gather at least some access information here for this week's post.

L. A. Theatre Works (formerly broadcast as Act One Radio Theater), and they make available cds of their other productions, aside from the ones being broadcast. This week, the posted episode is a production of On the Waterfront, with a bonus of a 2002 interview with Budd Schulberg.

The Relativity Series is also a LA Theatre Works production, with multiple episodes of science-fiction, science-fantasy, and science-related plays posted for streaming.

The Thrilling Adventure Hour, like the Theatre Works, stages radio plays before audiences, with an emphasis on cheerfully nostalgic parodies of common sorts of (you guessed it) adventure drama of the '30s and '40s. My own favorites tend to be from the series devoted to the supernatural investigators of the Nick and Nora Charles variety, Beyond Belief, with Paget Brewster and Paul F. Tompkins as Sadie and Frank Doyle. Episodes can be heard at their Soundcloud page, and more recent ones at their Nerdist pages. The This American Wife interview with Brewster and Tompkins in character then as themselves is also very worthwhile (TAW, as one might gather, is devoted mostly to parody of NPR and PRI programming, while also serving as a source of actual interviews and features on its own ticket.) 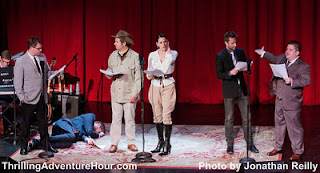 Earwolf, the podcast cluster, features two continuing dramatic series, if both spoofish and intentional throwbacks, The Apple Sisters and Mike Detective (we await the second season). Improv4Humans is also dramatic, as improvisational sketches are developed as you listen...which is true to some extent in some of the chattier podcasts, as well.

The BBC, of course, particularly on Radio 4, and the Radio 4 Extra (Radio 7 rebranded and slightly retooled), continues to be a source, one that isn't getting along with my current browsers here at work, and I miss it.

ZBS Foundation (the initials stand for Zero BullShit) don't believe in giving away too much of their work, but oddly enough do have some video shorts up for free, though none of their audio drama (that they're better-known for).

The Internet Archive, aka Archive.org, is always a good place to start.

Hi Todd, an hour ago I posted a review of THE LAST VOYAGE (1960). I wonder if you could add that too. Thanks very much.

Just posted mine, Todd. I'm sorry I've been so tardy lately - haven't been feeling all that great. But here I am, at last.

Thanks, folks...and no need to apologize, Yvette...not too much that's time-critical here. Hope you feel better soon (and I can sympathize).

Thanks again for the help last week. On muscle relaxers so feeling a bit loopy.

Probably the best state for reading my posts. You're quite welcome, and hope you won't need the relaxers soon...

That's a far better pic of the last scene you got there, Todd! I wonder how I missed it. Thanks again.

Thank you, Prashant. Sorry, Scott! I thought you might still be at other tasks when I didn't see it by the end of the morning...