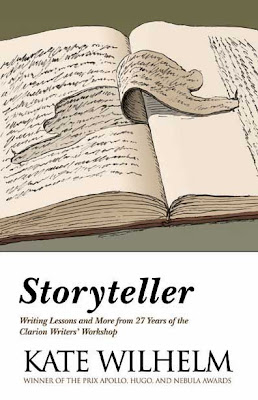 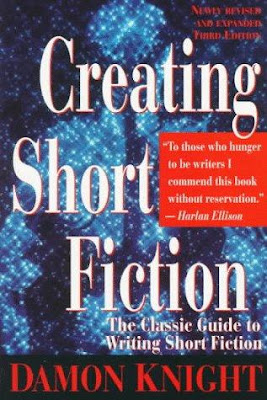 Next week, The Donald Westlake Symposium among the FFB crowd...here's my review from some ways back (almost three years...goodness) of two all-too-forgotten works, novellas by (Mr.) Donald Westlake ("Call Me a Cab") and (Ms.) Jody Scott ("Down Will Come Baby") that were never reprinted from their initial magazine appearances, his in Redbook when that magazine still published ficiton, hers in Escapade in its last issues as a rather sophisticated Playboy imitator, while Barry Malzberg was editing there (a short tenure, just before his much less well-paid short tenure as editor of Fantastic and Amazing).

I didn't finish the book I was likely to write up this week, so instead I'll briefly cite two which are definitely in print, from a rather less coincidental gender-pairing, Kate Wilhelm and the late Damon Knight, married for decades and also partners in creation of the Clarion Writers' Workshops, now a multi-site annual tradition and the most sustained program within, but not restricted to, fantastic-fiction writing instruction. Much of Knight's primarily instructional Creating Short Fiction and Wilhelm's mix of instruction and memoir (favoring the former) Storyteller comes out of their experiences with Clarion, as well as their larger working lives as highly analytical fiction-writers, and to some degree (Knight vastly moreso over the years than Wilhelm) editors (though Wilhelm has been in her turn a much more prolific fiction-writer than Knight was, after his most productive years in the 1950s and early '60s).

Knight is clear and concise and witty as he lays out the various approaches to and strictures of short-fiction writing, and the highlight of the book, for me is the way in which he presents his fine novelet "Four-in-One" and breaks down what he was doing with it, and how, at every step of its conception and writing. Wilhelm is more meditative, if no less witty, as she deals with basic questions of both literature and writing instruction specifically (excerpts of her book have been posted, with permission, thus: "Can Writing Be Taught?"; "Trivia vs. Writing Real Stories"; and "My Silent Partner". They are, together, an excellent distillation of what the two have taken away from their instructional experiences, and useful and a pleasure to read in a way that the best criticism tends to be, as well...illuminating and genuine fun.