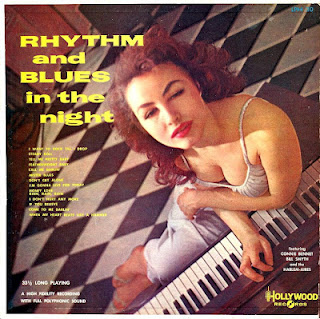 What had been Scott Parker's meme lingers on, at least! 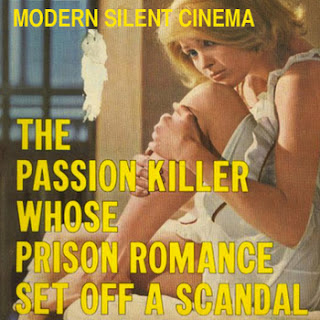 Lee Hartsfeld: Rhythm and Blues in the Night (with the worst professional studio photo of Julie Newmar ever taken)

Todd Mason: Edge-of-twee filmmaker and composer Hal Hartley's "Opera No. 1". One of a short series of short films commissioned for an early anthology project on Comedy Central, this pleasant 1994 short operetta features the lip-synching talent of Hartley friends Parker Posey, the late Adrienne Shelly, James Urbaniak (in his first film work) and Patricia Dunnock. What's more, the "full-cut" YouTube video below is about a minute out of sync, so it's a slightly more useful audio then visual experience (the shorter cut, but actually in sync, is available on the Chinese site YouKu, but I'm not sure how one embeds from that). It's charming and amusing, and the women are pretty adorable (Shelly was famously murdered by a stalker just after completing her film Waitress some years back). Definitely better to hit the Watch on YouTube button at the bottom, to enlarge to full-size...it's a handsome bit of business.
Posted by Todd Mason at 2/23/2012 10:20:00 AM

Thanks Todd for keeping this feature going. It's much appreciated. What ever happened to Scott? He was quote prolific but seems to have disappeared.

He's still keeping up his blogs, but just isn't interested in this meme, at least...

I want to join Charlie in thanking you for keeping this meme humming, Todd!

Hey, I'm just putting together a list...we all are keeping the harmony resonating...

Todd, I've given you credit for keeping this going on my Forgotten Music tab at the top of my blog. thanks again.

George: Send me an email to charliericci2002@yahoo.com my Whole Oats posting.

So nice of you to take the reins. And this piece of music sounds interesting. See if my library has it.

As I should've noted (and probably will add), it's collected in a dvd album of Hartley short films called POSSIBLE FILMS, out of print and fetching some steep prices but libraries might well have access (interlibrary if not otherwise). There's a POSSIBLE FILMS 2, as well. And, I've been listing the music links for several months, now...a monthly meme is easier to lose track of...