Having just seen again, after a decade or so, Night of the Comet, it strikes me as clever and well-worked-out for the most part, and while usually given the credit it deserves by most reviewers, it's an easy film to underestimate, in its utter lack of pretense. And while there are acknowledged classics involving such matters as teens and near-teens dealing with very grave peril indeed (such as, obviously, Lord of the Flies, or, with lesser crime involved, The 400 Blows), Night of the Comet is one of a number that might be slighted in one's memory, particularly if one didn't catch them when maximally willing to give them their best shot, i.e. when a teen one's self.

And it reminds me of others nearly drowned in the sea of slashers and similar drek (such as the "torture porn" children of the slashers), such as The Little Girl Who Lived Down the Lane, featuring the adolescent Jodie Foster as a prodigy who is doing quite well living a fairly isolated life with her father, whom no one ever seems to see. Sentiment akin to nostalgia will probably always allow me to forgive the rougher edges of this film, also clever and well-cast, with Martin Sheen as relentlessly creepish as he was in Badlands (a film which almost makes the cut for this list).

The opposite of prodigies populate the much later River's Edge, loosely based on the actual experiences of some small-town teens who covered for the murder of one of their friends by another. Perhaps the best single example to offer to those who enjoy insisting Keanu Reeves can't act, and the rest of the cast is impressive.

Meanwhile, even more blatantly satirical, a touchstone for many fans from its debut in the 1980s, is Heathers, which takes a few easy choices but also mocks the John Hughes sort of teen-stroking flick among many other targets.

Another mockery of most of the other most popular teen films of the previous decade is Not Another Teen Movie, which is apparently not currently being pirated on the web-clip services (this post being an exercise in part in demonstrating how many are), due to Universal keeping a close eye on this film, which was originally released by Columbia. This could be the choice among these ten that would generate the most disapproval, anyway, particularly from those folks who would insist this film is crude hack while describing the inane Scream films as deft.

Meanwhile, April Fool's Day (1986) is one of several films starring Deborah Foreman, best remembered for Valley Girl, which fall solidly into the Better Than You'd Expect Category. A witty reworking of the And Then There Were None... formula, and marketed incorrectly as a slasher, this still suggests more of a kinship with RKO/Lewton Unit The Seventh Victim than probably should be. 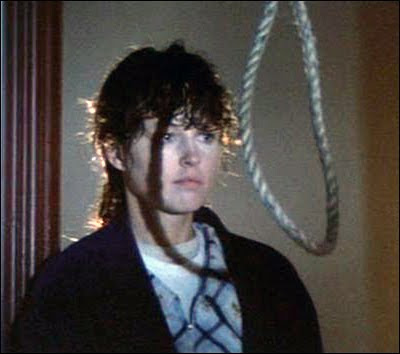 The Chocolate War was a credible adaptation of Robert Cormier's YA novel about the rise of fascism in the microcosm of a private school, but while the novel remains one of the more popular in its class, the film seems to have been ostracized. (It probably doesn't help that, as with many of the other films cited above, its releasing studio is long dead.) 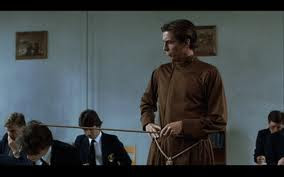 Massacre at Central High is a low-budget 1970s film with some remarkably inappropriate music, and it's been decades since I've seen it (cut for television), but I remember it as an eventually persuasive study of young psychosis (played by actors rather too blatantly superannuated, as too often the case). A legitimate YT posting, apparently, perhaps as it's in the public domain.


And two films of fairly recent release to round out the selections here, both more the focus of somewhat scandalized chatter rather than much close analysis, but both devoted to observations about sexual politics, exploitation, and no little challenging the blithe attempts of too many teen oriented films to highlight women, very much including young women, as still the Other...Deadgirl and Teeth. Neither a perfect film by any means, but both unafraid of controversy and more complex than they were often given credit for on first release...

Email ThisBlogThis!Share to TwitterShare to FacebookShare to Pinterest
Labels: films

Todd, i actually think all the films you talked about on this list are appalling unwatchable garbage, but, any one of them chosen completely at random would still be 1000 times better by itself than everything that the (so-called) British film industry has ever produced put together over the last 123 years since the invention of the cinematograph circa 1889 ! ! !, just to put things into the proper perspective again.

Note the considerable plot similarities between MASSACRE AT CENTRAL HIGH and HEATHERS.

Another one that really should not work is FIRED UP. The plot indicates another of what I think of as beer-and-genitalia comedy - two HS football players join the cheerleading squad so they go to cheerleading camp and get laid like never before. Except here the jokes are actually funny (thankfully, no bodily fluids are involved) and the actors have real comedy skills.

Hm, neither FIRED UP nor NOT ANOTHER TEEN MOVIE are of the suspense/horror genre...

What about THE FACULTY?

Anders, I definitely need to review MASSACRE, because others have noted the probable inspiration of HEATHERS by it; I don't remember the details of the older film well enough. NOT ANOTHER TEEN MOVIE constantly threatens to become a suspense/horror film, as it parodies several of them as it makes it's way through the teen films, and is grotesque enough at times to Barely qualify, in a way that, say, LOST AND DELIRIOUS doesn't quite (and L&D has a better cast than script).

I haven't yet seen THE FACULTY or CHRONICLE, so can't say in those cases. I've been hearing a lot of criticism of how tired the found-footage device in CHRONICLE is.

...but your review, Patti, of CHRONICLE does reinforce the further commentary I've also been hearing that it's an interesting film despite that approach...

Continuing to think about it, another which, I think, got the reception it deserved (which these for the most part didn't, at first at least) is WILD THINGS, the 1998 Neve Campbell film...

Excellent film, Lawrence...but I think it got good reviews, for the most part. Not dismissed nor ignored, as even HEATHERS was, nor widely misrepresented...but certainly worth mentioning in this context...

Another one which as I recall was quite good was CRIME AND PUNISHMENT IN SUBURBIA. But it's been years since I saw it.

And then there's the excellent WHATEVER which was hardly seen by anyone (Sony picked it up and then buried it completely for some reason). Liza Weil (later in THE GILMORE GIRLS) is exceptional here and I can't understand why she isn't better known; she appeared as a regular in a long running TV show, and she certainly has the acting chops.

And she's the ex of one of my work colleagues, and still a family friend. It's remarkable how little regular work in Hollywood seems to matter in terms of recognition...Melissa McCarthy was excellent as likewise an even more important part of GILMORE GIRLS throughout its run, followed that with an even better two seasons as an even larger part of SAMANTHA WHO? which for its first season was a hit for ABC (they sabotaged it, then cancelled it when the star, Christina Applegate, needed to take a hiatus to deal with breast cancer, in its second season), and then moved on to costarring in the lesser but pleasant MIKE AND MOLLY, but it took BRIDESMAIDS to put her on the map.

I recently saw C&P IN SUBURBIA...not bad, but it didn't strike me as extraordinary. I was interrupted and had to catch the latter half a day later, which probably wasn't fair to the film.

Hey Todd. We grew up with Night of the Comet on VHS. It was a favorite of our father.

I clearly remember Little Girl ... Lane being particularly creepy, as you said..

I will say Not another Teen Movie had its moments but overall it fell flat for me.

For me, more of the jokes worked than didn't, though plenty fizzled (about as good a batting average as the POLICE SQUAD films, if not as good as the tv series or AIRPLANE!). But, compared to SCREAM films, SCARY MOVIE and its offshoots, or even the Broken Lizard movies, it shines for me.

Meanwhile, Jodie Foster's character in LITTLE/LANE was a major fictional-character crush of mine at time of viewing...(when I was also about 12 or so). The boy with the swordcane, however, definitely seemed an appropriate swain. Sheen's character, maybe not so much. (Contrast also Woody Allen in MANHATTAN, then in life.)