Thanks as always to all the contributors of the reviews and citations at the links below, and to all you readers (and, if you're moved to be, commenters at the posts). There are likely to be at least a couple of additional links over the course of the day...if I've missed yours, or someone else's, please let me know in comments. Thanks very much. 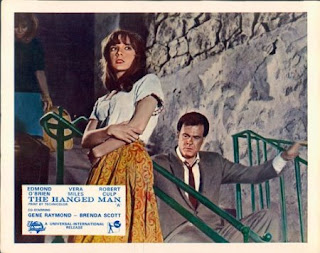 George Kelley: Priscilla, Queen of the Desert: The Musical

Lucy Brown: Sylvia Scarlett; The Bad and the Beautiful

Mystery Dan: Take Me Out to the Ball Game

Prashant Trikannad: The Descendants, The Dilemma, and The Oscars telecast.

Randy Johnson: The Racket (1928); Dollars for Django (aka Pochi dollari per Django)

Steve Lewis: ...And Suddenly It's Murder [aka Crimen]

What were the odds of two Sergeant Rutledges>

It's happened before...but I think this is the first time that two independently-arrived-at reviews also follow alphabetically (ranked by first name...).

Patti and Todd, I am maybe even more amazed that the two of us came to basically the same conclusions about the film.

Great minds, and well-meaning efforts by artists with (as have us all) limits...

Todd, thanks very much for your comments as well as the inclusion of my film reviews. I didn't think they might be eligible for Overlooked Films hence I didn't bring it to your notice, though I posted them under that label on my blog.

Only sorry that I somehow missed them on Tuesday! It's been a harried week.

No problem, Todd. It's been a "harried" few days for me too and I'll be off blogging for a while, as mentioned over at 3Cs. I'll be visiting blogs, though.