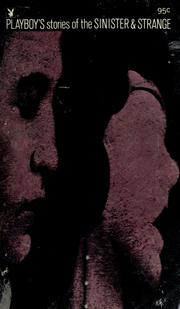 Playboy, of course, was always about its (mostly Hugh Hefner's) idea of being sophisticated (or at least being seen as such). As Hefner was a lover of fiction nearly as much as he was of pulchritude and high-end stereo equipment, he was eager to have editors on hand to help bring some of the best fiction of various sorts into the magazine, even as most other "slick" magazines were collapsing or abandoning fiction throughout the 1950s and 1960s, and into the 1970s...while it had been possible, if somewhat difficult, for a writer to live reasonably well on short-fiction sales in the '50s, with The Saturday Evening Post and (in the early years of the decade) Collier's paying very well indeed for a lot of fiction per issue and most of the general-interest and gendered magazines featuring at least a few short stories, by the end of the '60s, Playboy was one of the few surviving markets among magazines not otherwise devoted to fiction that was still likely to publish more than a single short story per issue, if that (The New Yorker, Harper's and The Atlantic Monthly, all paying somewhat less, were among the few others; Redbook was perhaps the last diehard among the magazines aimed at women, with the weak exception, in the last decade or so, of Woman's World and their offer of one romance and one mystery vignette per issue, or Bust with one erotic vignette). Ray Russell was one of the most energetic of Playboy's fiction editors, and a generator of any number of anthologies of fiction and related matter taken from the magazine starting in the latter '60s...there were the big books, The Playboy Book of.... volumes, released in hardcover and paperback, and the slimmer, paperback-only anthologies with titles such as From the S File (all the contributing writers' surnames began with S) or, as pictured above, Stories of the Sinister & Strange.  (One thing they didn't spend too much time on, sadly, were the covers for these volumes...very strange, given the available talent and care given to illustration in the magazine itself. )

While these books were not quite up to, say, Robert Arthur's (or Harold Masur's) Alfred Hitchcock Presents: anthologies (which had the option of drawing on Playboy as well as any number of other sources for their contents), and the tendency for the slickly facile could rule OK in a given several stories in each book, Russell had a fair amount to be proud of during his term as fiction editor (and was never shy, as you'll note below, about including his own stories in the books). I read them happily as I came across them, mostly in libraries though the mass market paperback editions were pretty well distributed and widely available secondhand as well as new in the 1970s and '80s.  When I picked up Charles Willeford's slim collection The Machine in Ward Eleven a decade or so back I knew I had read that title story before, but couldn't remember where...and certainly Charles Beaumont, who was as close to a Playboy "discovery" as any writer in the early issues, consistently offered searching and profound work to the magazine and others (he was the first film reviewer for as well as fiction contributor to The Magazine of Fantasy and Science Fiction, for example). Beaumont certainly isn't the only contributor to repeatedly appear in the Russell tables of contents, either, of course. Another memory lapse for me: I knew I had mostly read Ken Purdy's work in anthologies devoted to auto racing, and perhaps other sports-fiction anthos...but had forgotten that, for Playboy at least, he also dabbled in criminous and fantasticated fiction...and Purdy's isn't the only byline I might not've expected to find in these contexts, to say nothing of those who offer decent or better work whom I've otherwise never encountered (John Reese, or H. C. Neal, among others). Ellen Datlow, the editor (first prominent as fiction editor of Omni magazine, from the Penthouse group) of any number of important media for short fiction over the last thirty-odd years, cited the Horror volume here for her entry in Horror: The 100 Best Books.

Alice Turner succeeded Russell, not immediately (after Robie MacCauley's just under a decade in place) and for a slightly longer stretch, as fiction editor, and I will perhaps, less nostalgically (as her anthologies weren't a small staple of my youthful reading as the Russells were), take a look at her impressive anthologies out of the magazine in the future. Sadly, since Turner's dismissal, the magazine, probably on its way to collapse (one correspondent suggested to me that its publication will probably cease as soon as Hefner passes, kept as it is mostly as a shadowy remnant of what it was out of respect for the Old Man/Founder), has not had much more of a commitment to fiction than its original model, Esquire, albeit the simple majority of issues till recently still had an excerpt or story in them, to supplement the Gahan Wilson and less interesting cartoons. 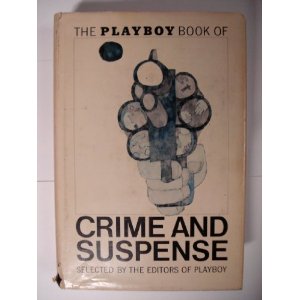 Contents:
A Lucky Day for the Boar by Gerald Kersh
The Peeping Tom Patrol by Michael Shaara
The Room of Dark by Gilbert Wright
The Distributor by Richard Matheson
Last Will and Testament by Ray Russell
The Hildebrand Rarity by Ian Fleming
Everybody Hates David Starbuck by Steve Allen
The Hustler by Walter S. Tevis
Walk to the Station by Stanley Cooperman
Naked in Xanadu by Ray Russell
The Bottom of the Ocean by Ken W. Purdy
A Cry from the Penthouse by Henry Slesar
The Sign of Scorpio by Charles Mergendah
The Man in the Well by Berkely Mather
The New Deal by Charles Einstein
The Hunger by Charles Beaumont
The Supermen by William M. Clark
Speak to Me of Immortality by Ken W. Purdy
The Morning After by Wade Miller
With All Due Respect by Fred McMorrow
The Devil to Pay by Stephen Barr
Harpy by T. K. Brown III
The Hobbyist by Fredric Brown
The Sender of Letters by Herbert Gold
Balance Sheet by Morton Fineman
No Fire Burns by Avram Davidson
A Fist Full of Money by Henry Slesar & Jay Folb
Incident off Land's End by Jacob Hay 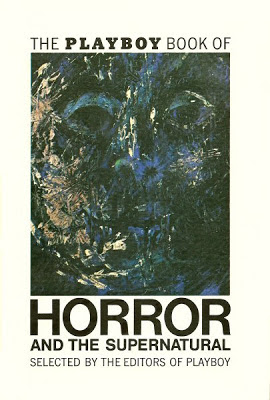 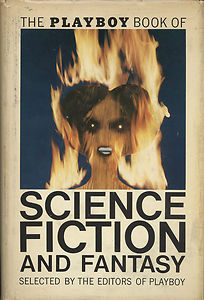 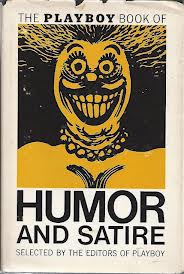 Fascinating Todd, I have never come across any of these that I am aware of - but I suspect the 'Playboy' monicker might have put me off a bit (less prejudice, more embarassment) - just how long was Russell editing for Playboy?

Well, as the Encyclopedia of Science Fiction's current online edition puts it (I think accurately if not with the greatest clarity):

from the Russell entry:
Russell was associate editor of Playboy from 1954 (becoming executive editor in 1955 and contributing editor in 1968), with special responsibility for fiction.

from the Playboy entry:
Hefner's first associate editor, with responsibility for the fiction, was Ray Russell who shared with Hefner an interest in weird and macabre fiction – Hefner had been an avid reader of Weird Tales during the 1940s and had even joined the "Weird Tales Club". In July 1956 Hefner appointed A C Spectorsky (1910-1972) as literary editor, and he soon rose to be executive editor and publisher. In 1966, after Russell stepped down, Spectorsky appointed Robie MacAuley as fiction editor. When Spectorsky died in 1972 he was succeeded by Arthur Kretchmer, who served as executive editor until 2003. Soon after Macauley stepped down as fiction editor in 1976, Kretchmer appointed Alice K Turner who served as fiction editor from 1980 to 2000.

So, Russell was in place as "contributing editor" and generally-acknowledged editor of the anthologies, until about the time that his eventual boss Spectorsky died. So, with MacCauley in as fiction editor for much of the '70s, Turner was actually in her position a year or so longer than Russell was in his key role.

I picked these collections up haphazardly so I'm probably missing a few. As I dimly recall, these PLAYBOY collections were priced a buck more than the average paperback. That may have influenced my buying (or non-buying) decisions back when I was a student.

The paperback reprints of the fat hardcovers probably were, George...but the slim paperbacks were going for 95c and thereabouts in the early '70s when I first caught up with them, which was the market standard at the time.

Russell (under a bushel of pen names)also contributed a boatload of humor articles to Playboy during the early years.

The pay didn't start out all that great, for staff or contributors...