FFB: Walt Kelly: The Life And Art of the Creator of Pogo by Thomas Andrae and Carsten Laqua (Hermes Press 2012); The Art of Jaime Hernandez: The Secrets of Life and Death by Todd Hignite (Harry N. Abrams 2010) 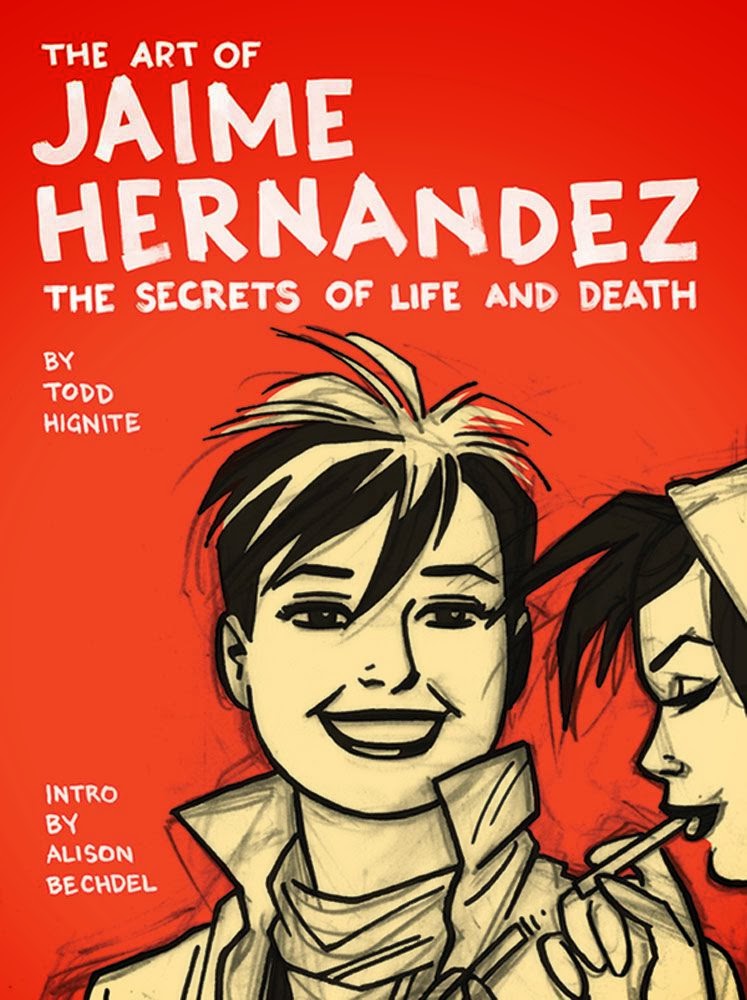 Between the subjects of these two heavily-illustrated celebrations, most of the history of graphic storytelling...or comics, in newspaper strips, comic books and elsewhere...is at least touched on.

I've dealt briefly with the volume on Hernandez before:
While los Bros. Hernandez, Jaime and Gilbert and occasionally Mario, the perpetrators of Love and Rockets, the flagship title for the Fantagraphics comics line (along with their critical nonfiction magazine, The Comics Journal), were probably the greatest impetus for my beginning to read comics again fairly regularly as an adult, and thus to come across Wimmen's Comix and Twisted Sisters and Alan Moore's work and that of others who had been busily advancing the form...though I'd never given up on newspaper strips, and so knew of (introduction author) Alison Bechdel's work in the "alternative" press. I'd actually bought this for my friend Alice, who fell in profound love with Jaime Hernandez's two initially-young LA punk-rocker girl characters, Hopey (Esperanza) Glass and Margarita Luisa "Maggie" Chascarrillo (pictured on the cover) who individually and together tend to be the focus of JH's stories for the comic, at various stages of their lives over the the decades the title has been published (Gilbert Hernandez focuses on the characters living in a Central American town, Palomar, in the 1950s, and their often US-emigrated offspring). Whenever one reads of comics being compared to Gabriel Garcia Marquez, one has probably happened upon a reference to L&R.

True, but insufficient, but I won't have time for the full bore exploration of either book today, either, alas...what's notable, and Hignite and his interview subjects are quick to point this out, is how thoroughly Hernandez, even more than his brothers, draws on so much of the past work in in comics as direct influence, ranging from Alex Toth (the clean lines, the black and white masses) through Hergé, the creator of Tintin, to the compositional style of Wallace Wood (often most consciously in splash pages for the stories in the brothers' magazines, Love and Rockets in its various iterations and otherwise). (And I was drawn to revisit this book in part because Jeff Segal made a gift to me of a slightly chewed up but very inexpensive remainder he'd found.) 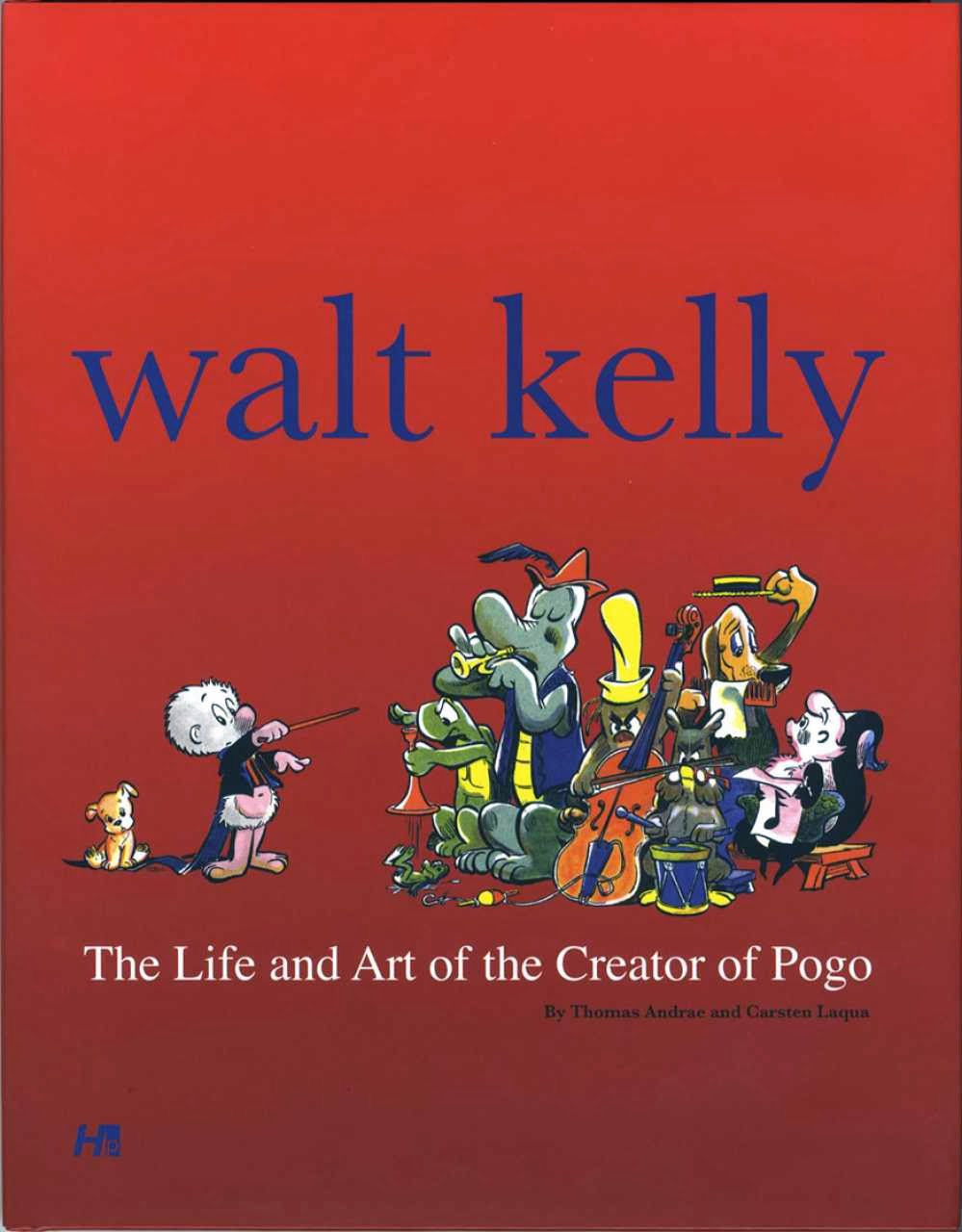 Meanwhile, Andrae (an academic deeply interested in comics) and Laqua (who had one of his chapters included translated from German by another) are supplemented in their multi-part study of Walt Kelly by Mark Burstein and Scott Daley. Walt Kelly, of course, was the creator of Pogo, from its newspaper debut through Kelly's death in 1973 the most sophisticated of newspaper-strip commentary on the US scene, rivaled early on by L'il Abner (with which it shared a rustic setting, albeit even more rustic inasmuch as it was a "funny animal' strip set in the Okefenokee swamp), after its first decade by the first of the "alternative" paper strips (the weekly Jules Feiffer strip The Village Voice originally tagged Sick, Sick, Sick) and by the end of its original run by Doonesbury (whose Gary Trudeau cited Pogo with Little Nemo in Slumberland and Krazy Kat as the three most important strips thus far). Another gift, this one from Alice, which I'd been looking at whenever dropping by the comics store next to the supermarket near my parents' house over the last several months, and which fellow Kelly fan Richard Robinson picked up. Let it be noted, again, insufficiently, for now, that Kelly went through a similar process of early imitation of the newspaper strips (there were no out and out comic books in Kelly's childhood) and the precocious creation of new variants, that led to Kelly's early work in the field for Disney and Dell...and somewhat less sharp, but still elegant, animal strip and comic book work was a specialty, before Kelly found his metier in the newspaper world.

These are fine introductions to the work of the men in question, Hernandez beginning to publish just under a decade after the passing of Kelly, though, of course, the various Fantagraphics collections (or the older Simon and Schuster volumes of Kelly) are even better introductions... 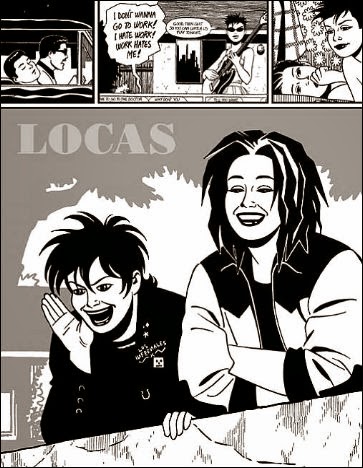 I read the Walt Kelly book with pleasure. Somewhat shallow if a person is looking for an deep biography. somewhat light if one is looking for a lot of Kelly's art, this one takes the middle road and, depending on the reader's continued interest, may lead to further reading and/or purchase of Pogo collections. It's worth your time. I enjoyed some of the chapter on Kelly's Disney days the most.

It's been a Pogo kind of new year: four Pogo books read so far. (Not counting a volume of WALT KELLY'S OUR GANG.) 2014 is starting off very well.

Really enjoyed reading about these Todd, thanks - I used to read a lot of comic books as a kid (my favourite was Diabolik - well, it was Italy in the 70s - before graduating to Marvel) but I've never recaptured that teenage enthusiasm - but I can see how Hernandez might change that. Hmmm

Richard: Yes, the two books are set up rather similarly, both with a plethora of work from throughout their subjects' careers (so far for JH; Kelly died rather young, and from a disease I share), but not as even remotely complete sketchbooks or collections or anything of the sort. I shall enjoy looking at it more carefully, and perhaps expanding the post.

Jerry: There are worse ways to start the year! I've been collecting the POGO strip volumes, all two of them, so far from Fantagraphics, and hope the series won't end now that the house's cofounder and series co-editor has passed.

Sergio: Well, in this blog, you'll find references to my own youthful enthusiasms in comics (though you might have to dig to find the citations of the comics in HUMPTY DUMPTY and CHILDREN'S DIGEST magazines--the latter had Tintin). I think Kelly might change that, too, among so many people who've come in his wake...certainly he was (and Jules Feiffer), even before Will Eisner, putting together graphic novels, if short ones, that satisfy any requirement you'd put to them. Including wit and continuing interest. I still can feel the tug thinking of the lost young child of Klan folk, found by Pogo strip characters who are trying to help the child home, who listen patiently as the child spills out all sorts of horrible bile learned secondhand and recited without any true understanding of its meaning...and the child trailing off while describing the world's dangers the parents have outlined for their kid with the quiet phrase "...My parents love me."

I've enjoyed both Kelly and Hernandez at very different points in my life. Never thought I'd see them in the same post.

Well, of course, if you ever tackle writing about the graphic novel as art form, there they'll be, grinning at you.

Juxtaposition is also, by me, a lovely thing.

Thanks for the nod to Pogo, Todd. It was my father's favorite strip, and I also fell in love with Pogo, Albert, Churchy LaFemme and all the gang. We even used to sing the Pogo "Christmas Carols" each year ("Deck us all with Boston Charlie,
Walla Walla, Wash., and Kalamazoo!"). Walt Kelly has been cited as an inspiration by a lot of today's satirical cartoonists, and even though most people probably haven't heard of him or Pogo, his legacy lives on.