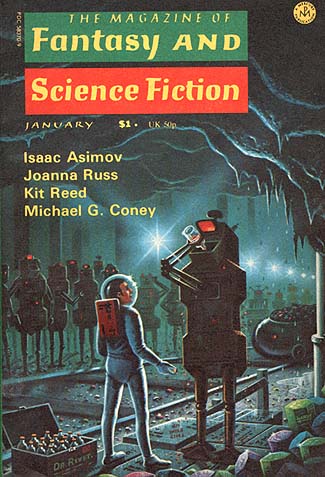 Stories by Joanna Russ, Kit Reed and Stuart Dybek, and the best columnists in the fiction-magazine field.

This was the first issue of F&SF I ever held in my hand. It might not've been the first issue to appear on the newsstand of the Hazardville, CT, drug store where I bought my comic books, then running at an industry standard of a quarter apiece, except for the fatter ones. I had bought a very few paperback books off the spinner rack next to the comics, including a copy of Harry Harrison's anthology of new fiction (and an Alfred Bester memoir) Nova 4 as a birthday gift for my father. That edition was a Manor Book, a reputedly mobbed up outfit that seemed overrepresented on the paperback spinner rack, even as there was never any lack of Charlton Comics in the comic-book spinner (similar accusations). Considering the degree to which magazine distribution in the '70s was often a great source of legit business and money laundering for certain entrepreneurs, it might've been almost surprising how many DC and Marvel and Archie and Gold Key comics were also on the racks, though I'm sure the distribution mobsters weren't going to lose any legit profit just to make their brothers in paperback or comics publishing happier or richer.
Meanwhile, the little magazine rack had some items of interest from time to time...I bought an issue of National Lampoon there, I think a bit earlier or later since I road my bike over to do so, less likely in December. My mother confiscated and returned it to the store, and got a refund, delivering a ukase to me and a bored clerk never to attempt a similar transaction again. (I think my father, a Playboy subscriber for some years, must've bought the other two or three issues around the house. I assume my mother bought the Playgirls, or Dad bought them for her...possible she ordered it through Publisher's Clearing House. She never believed you could win their sweepstakes without buying something.)
And I had certainly been aware of digest-sized fiction magazines. The earliest reading I remember vividly includes a science-fiction pulp reprint magazine, which one I still haven't rediscovered, and a DC sf comic book, likewise; I loved my few copies of Humpty Dumpty and Children's Digest magazines when four and five and six, and Alfred Hitchcock's Mystery Magazine, which for some reason was stacked in the young readers' section of the Enfield Library in 1974-76, and a few Analogs were around the house from my father's haphazard collecting. But I'd never seen this title before...and might not've seen it again at the drugstore. What was almost certainly true is that I probably had 50c or 90c on me, rather than a dollar, so I knew I couldn't afford this magazine even as I flipped through it. I was even familiar with the magazine by name, and as a source of stories I had read read in various anthologies and collections.
So it was another couple of years before I caught up with it again, through a 1971 back issue in the Londonderry Junior High library, and then the March 1978 issue. Winter's boon, fiction magazines for me in those years, clearly...I'd started buying new AHMMs with the January 1978 issue. And after falling in love, I ordered a box of back issues from the magazine, which never arrived. The Fermans & co. were kind enough to send a replacement...and among those warehoused items, smelling fascinatingly of wood and ink after sitting on palette stacks for a couple of years, was a copy of this issue, so I could read it in, if I'm not mistaken, the autumn of 1978.
Three stories within made the strongest impression. "My Boat" by Joanna Russ was a fascinating meld of Philip Roth-esque discussion between two Jewish men of a certain age, the protagonist relating the adventures of his and two adolescent friends' (a girl and a boy) from decades earlier, and their sort of modified Peter Pan-esque experience, with an overlay of Lovecraftian flavors.
Kit Reed's "Attack of the Giant Baby" involves an experiment that goes awry, and an infant with a passion for Malomars who is enlarged (along with a favorite toy), and what can result from that. The attention to wryly sketched-in detail is what made the story both grounded and hilarious, far more so than, say, the film Honey, I Blew Up the Kid...which I believe faced some legal questions for its similarity in certain aspects to this short story. 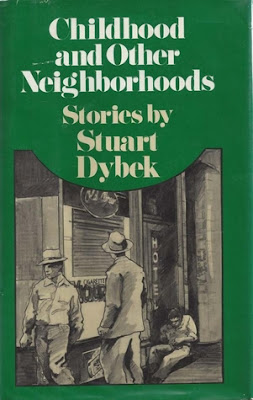 Stuart Dybek's "Horror Movie" is an urban nightmare...a young adolescent, not quite raising himself but coming close and having more traumatic events than usual go down in this particular day, has to deal with various sorts of predator including an apparently supernatural one...the basic Geist of horror, a fiction (or other narrative) which is in large part about learning to cope with the terrors we all face, though some of us more than others, was very explicitly spelled out by this story from fairly early in my reading.
The other stories were pleasant but minor--a slight "Black Widowers" story by Isaac Asimov, one of several rejected by Ellery Queen's Mystery Magazine but with some tangential relevance to fantastic fiction, so they were good-enough reasons to have Asimov's name on the cover aside from citation of his monthly pop-science column. Gary Wolf's cover story, or at least the cover by David Hardy, might also have been a(n admitted) literary ancestor of Bender the robot in the television series Futurama (though I don't trust my faint memory of this, and should Go Check)...Wolf's clever, amiable work would eventually include the literary adventures of Roger Rabbit, the rather more sophisticated source for the mixed animation/live action film.
And I must admit I haven't yet sought out the issue to reread the stories by Haskell Barkin (an old friend of Harlan Ellison and an occasional fantasist) or Michael Coney (a Canadian writer prone to sometimes goofy, sometimes quietly effective work), neither of which made a strong impression (or at least a lasting one). Good examples of Asimov's 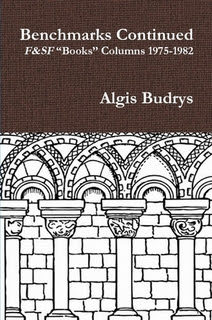 science column and Baird Searles coping as best he might with one of the poor 1970s ER Burroughs film adaptations are joined by a cute, grim Gahan Wilson cartoon, one of F&SF's infrequent letters columns, and Algis Budrys's fine assessment of the work of, and reminiscence about, two of the more distinctive older writers in the field, "Lester Del Rey" (actually Leonard Knapp, but known to all his friends and spouses as Del Rey), who had been a mentor to Budrys early in the latter's career, and R. A. Lafferty, who had begun writing and publishing in middle age in the latest '50s, in part to keep himself away from alcohol, and had already cleared his own distinctive path through little and fantastic-fiction magazines...and of another veteran, one who came up in the same years as Budrys himself, if a half-dozen earlier, Poul Anderson.

I go way back to the 1950s with THE MAGAZINE OF FANTASY AND SCIENCE FICTION. They were publishing Robert A. Heinlein back then! I preferred GALAXY (and later IF and WORLDS OF TOMORROW).

I started getting F&SF six months after this one, but caught up with it later. Without digging out my notes I recall that I wasn't that impressed with it--in particular I didn't warm to the novella.
Even the story I thought would be a banker, the Coney, was an atypical though likeable enough entry in his 'Peninsula' series.

PS I checked my notes and take it all back: liked the Wolf (novella), Dybek, Coney and Reed. Memory, eh?

I wasn't on the scene in the 1950s, nor literate till 1968 (I think I was tackling the reprint fiction magazine and comic books I cited in 1969), but there was a lot to like in a number of the 1950s magazines, and GALAXY, F&SF and several others were doing new and interesting things in fantastic fiction...though GALAXY was losing some of its luster by the latter '50s, as editor H. L. Gold was both succumbing to his own overwork and health problems, and in his irascibility chasing away writers who he had drawn to his magazine some years before, which Anthony Boucher and Robert P. Mills were not doing at F&SF and VENTURE (the common true joke of the time is that Boucher's rejections often felt like acceptances and Gold's acceptances felt like rejections...and that John Campbell at ASTOUNDING could be so caught up in and distracted by his most recent passion that it was difficult to tell whether a letter from him was an acceptance or rejection). Heinlein was one who was chased away by both Campbell and Gold in turn, while Boucher was willing to run some of his YA novels in the magazine, which left Heinlein well-disposed to send along any short stories he couldn't sell to THE SATURDAY EVENING POST. Frederik Pohl was the de facto editor of GALAXY by about 1958, I gather, though not officially named such till the December 1961 issue...the first to lose the left-margin of white for publishing titles and authors on the cover. And he, eventually with Judy-Lynn Benjamin, before she married "Lester Del Rey", would do some very impressive things with GALAXY, the acquired IF and the short-lived WORLDS OF TOMORROW.

Memory is a trickster, all right, Paul. We want the world to make sense, and if we can, we'll try to make our past make sense to us, too. I'm impressed by a number of things that Actually Couldn't've happened the way I want to remember them. I know I've touched base recently enough (with the last ten years) to know I still liked and was impressed by the Russ, the Reed and the Dybek stories, and I do remember the Wolf as amiable. I think found the Barkin and Coney stories at very least readable...and if they were less than OK, I probably would remember that. Though I really should go dig the issue out, to do a better review.

And I'm impressed you took notes at the time, Paul, and kept track of them. I think Patti Abbott has done this, and others...certainly, Martin Harry Greenberg and other anthologists have done so as a part of their careers...