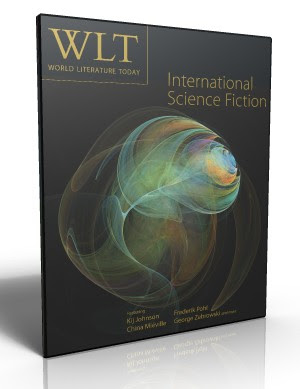 World Literature Today, that fine, if at times a bit slight, magazine, has put together an issue on international sf that looks good enough to at least take a close look at (I have just picked it up, haven't had time to read it yet)... 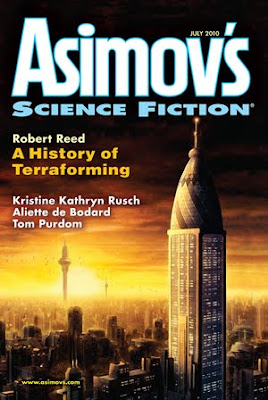 The July Asimov's would be all but necessary reading even if it only contained Alice Sola Kim's "The Other Graces," an excellent evocation of the life of a Korean-American teen facing not a few challenges...with a bit of the fantastic rather organically woven in. Would that this would reach the Twilight audience, as opposed to the poorly-written glop they get instead. If wishes were hobbyhorses, I'd ride even longer than I do. 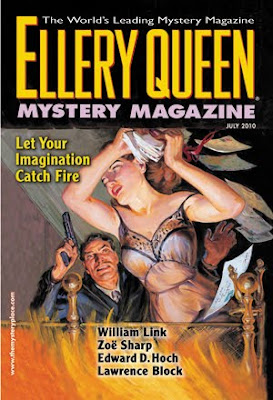 The July Ellery Queen's features an almost ridiculous lineup, so as is often the case with EQMM, some of the key names were left off the cover for no good reason, but be aware that along with the cover folks, Bill Pronzini and Ed Gorman have stories in this issue, and Bill Crider's as well as Jon Breen's columns continue...and there's something by whoever's calling themselves "Dixon Hill" these days, and Phil Lovesey, and more...and EQ might be overdoing it on the consistency of use of the retro covers, but I hope they're helping...
Posted by Todd Mason at 5/16/2010 11:37:00 PM

The Rusch story? What about it? She is a favorite of mine.

Haven't gotten that far yet, Rick. I've only had the opportunity to read the Kim story and the Williams editorial, the Silverberg colunn and the Di Filippo book reviews. I kicked off discussion of the Kim story on a forum Sheila Williams is also on, and the praise for the Kim story has been universal so far. (I believe there was one comment, of the three or so of us who had read any of the issue thus far, rather high on the KKR, too.)