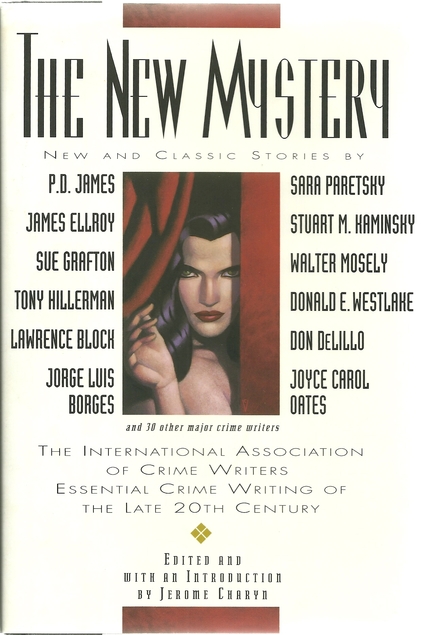 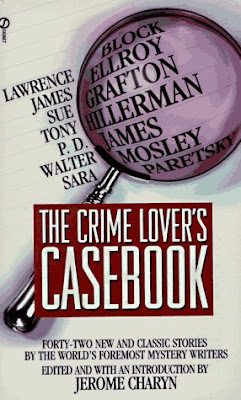 (Thanks to Ed Gorman for reminding me of the "alternate" title, for some reason, pasted onto later US editions of this anthology) 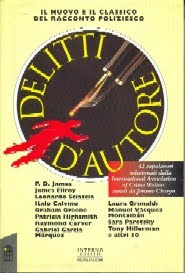 (The Italian edition, as no pictures of the English-language edition were poachable--when this was first posted) 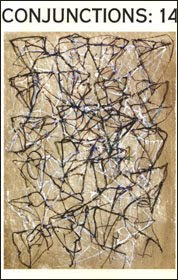 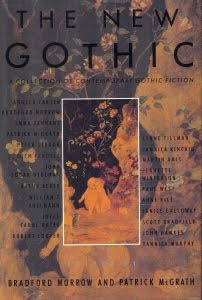 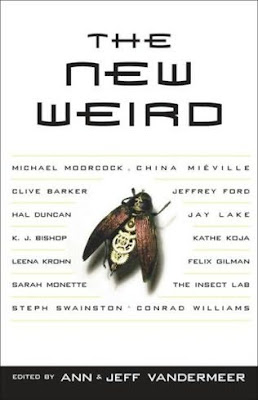 The James Blish anthology New Dreams This Morning, an excellent candidate for a forgotten book piece, instead supplies the less than (or post-)gustatory title pun for this quick rumination...things are happening here, what it is ain't exactly clear (well, it's clear enough, actually, just not enough free time at the moment to get them down properly).

What shouldn't be taken away from that weak joke is that I'm mocking the quality of the fiction being gathered under these banners (and such others as steampunk and slipstream and neo-noir, splatterpunk and quiet horror, cyberpunk and humanist sf, surfiction and The New Fiction)...not by a long shot, even if the mediocre and sometimes utter trash is often nestling with the good and great. What's more likely to be noxious is the wind broken over why these are New And Distinct Movements And Much Different From What You've Already Been Reading, Or Not And You've Just Been Too Dense To Note The Shape of The Movement, Haven't You, Mis-Ter Jones?...given how many Mister Joneses of the literary world we have, of all ages and genders, this isn't altogether an incomprehensible approach, and it's certainly helped with marketing and convention and classroom arguments, if not too much else. Each of these would-be movements, and the books and magazines that have fomented them or attempted to capture their essence, or both, are amusingly examples, loudly and accurately proclaiming, of why the Old Boxes and Labels are outdated and inutile, but mistakening insisting instead that the new boxes being built from their smashed walls are less restraining or more accurate, whether or not one carries over smug notions of why something is Generic vs. Literary, or other distortions that should've been seen as useless, at best, decades back. The eclecticism that people such as Judith Merrill and Nelson Algren brought to their anthologies, that I've dealt with in previous entries in this series, is simply furthered by these folks here, and such others ranging from Joe David Bellamy to Neil Gaiman and Al Sarrantonio to George Plimpton to Michael Chabon to Peter Straub to Ellen Datlow, among so many others, who have said, Hey, Look...this is art, this is art in fields and with approaches you may not've considered, c'mon, catch up, catch on. Take a look and think about it. No, it's not Just Good For That Sort of Thing, nor is it An Amusing Fusion of High And Low Art. It's living work among other living work. You should realize that.

Which, again, doesn't begin to excuse the work of William Vollmann. But he's but one among his betters, in the stories and approaches collected in these books, one expanded out of a magazine issue, two of them out of print despite their connected and respectable editors, and one from an industrious but still small press. New Mystery Magazine tried to steal some luster from the Charyn, and had it been published competently, might've sustained itself, as that wasn't the worst idea. Ann VanderMeer is New Weirding Weird Tales these days. Conjunctions still publishes. 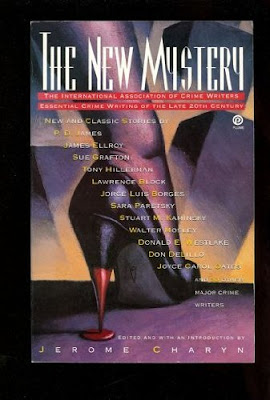 Wow, once again you came up with books that have never been on my radar. I'll be searching libraries and online to find these books. Don't you think the word "new" is overdone in publishing?

Well, as I somewhat cryptically perhaps note above, I think there're at least three things going on: Pay attention to this trend, Note that it's something interesting emerging from past work or suggested or instigated by that past work, and You Can Be In On The Ground Floor! The last is marketing. The others are a little less crass, but who doesn't want to be a brave pioneer?

I will rein in my personal vitriol at one of those names in one of those volumes for asshattery on a monumental scale, but whom I haven't had to think of for years until this summer, when sitting on a bus in Bloomsbury Square, I happened to see him and wished the bus might just nudge ahead enough to scare him, of course, not actually flatten him, satisfying as that might have been.

Ahem. So much for reining it in. But I'm with you on the cynical snarking. Sudden discoveries of "new" trends are always irritating to the people who've been toiling in them all along. Death to genres and categories and definitions (unless that causes my desk to fall apart from lack of definition for the word "desk").

Or, at least, to labels as foolish in their creation as "slipstream" (cause, like, there's this "Mainstream" that isn't us...and then there's us...and then there's stuff like us but not us! Or, the alienated-infant level of set-creation)...or any that become cages rather than lightly-used handles, preferable with useful info on the attached tags.

Well, I'm always happy to use a label when it's to may advantage -- or in the words of Miriam "Vanities" Aarons, "Any ladle's sweet that dishes out some gravy." Pay me and I'll happily call myself slipstream. But it wouldn't, would it?

[word verification: "poodra" -- sounds like an antiquated term for social inferiors, "the poodra are thronging around that starlet over there."]

I may gave missed one here.

Missed one of these anthologies, Patti?

I'm too tired to go through the rest, so I'll save it for later. Cheers.

Yup. However, I wanted a plural. I think two semi-close references to mid-'60s protest songs was enough for my purposes. Take it easy, Rick! You've got more important, or at least more pressing, things than FFB to worry about...(he's moving house, for the first time in decades).

For the last week I've had a strong yearning for old rock, cigarettes and Jack Black. That's not good, since I quit smoking two years ago and quit drinking soon after that... but for some reason coffee, pepsi and string cheese aren't doing the job.

But thanks, Todd, I do need to clam down, I guess. I was just pretty happy I even noticed the reference in a way that allowed me to ID the group.

You're putting up some quality stuff these last few days!

Thanks, Rick...and (I plead eye blear in the lateness of the hour after the long drive home from DC, so I haven't read your World Series post yet) I hope the baseball has augmented the cheese and caf bevs...a little chewing gum, maybe?

Tomorrow (later today), by special request, the adventures of sorts in DC...