The issue including Kit Reed's first published short story...and quite an impressive lot else (please see below): 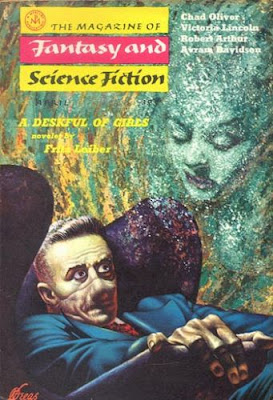 Essentially four books here, though the last listed is also the first issue of a continuing series of comics devoted to a psychic investigator named in honor of Algernon Blackwood's character John Silence.

The Collected Stories, Volume One...publisher Luis Ortiz keeps having one valuable, if not always cash-cow-like, idea after another, and the brilliant Carol Emshwiller, who has written many very important and many very odd stories in what has been a long career, has also long needed a comprehensive collection of her work...volume two might be a bit shorter, when it appears, as it mostly might be made up of stories still in inventory at magazines and more importantly in the contents of anthologies not yet published. Emshwiller, as the contents list below indicates, after a first sale to a (failing) regional magazine in 1954, started publishing mostly in the magazines edited by Robert Lowndes (the crime-fiction magazines and Future, Science Fiction and SF Quarterly), which were low-budget but open to experimental and off-trail writing (James Blish placed "Common Time" in one; William Tenn "The Liberation of Earth" likewise; Edward Hoch was always happy to note that he was first published by Lowndes). Such early Emshwiller stories as "Hunting Machine" did not often offer many variations on traditional narrative storytelling, but as she noted in her introduction, they came, to one degree or another, from what writer, critic, editor and writing instructor Damon Knight referred to as "deep inside"...they have a powerful resonance that sounds throughout the reader's psyche. This, as even Emshwiller (not the most self-promoting of writers) notes, only strengthened as she continued. Such brilliant, playful and influential work as "Sex and/or Mr. Morrison" and "Strangers" would follow, even as the earlier "Pelt" took another tack on the matter of "Hunting Machine" (both prime candidates for any anthology arguing for animal rights). Not reflected in this collection are her novels, such as the historical westerns Ledoyt and its companion Leaping Man Hill or the animal fantasy Carmen Dog and the challenging novel of alien conquest of Earth, The Mount. What is here is a generous sample of the work that has won her two Nebula awards, the Philip Dick award and the Life Achievement award from the World Fantasy Convention in 1995, as well as devoted readers in several different literary communities. (Please also see Ortiz's Emshwiller: Infinity x 2, a dual biography of Carol and her husband, painter/illustrator/filmmaker Ed Emshwiller, a remarkable book about remarkable subjects.) Here, a few examples of the cover paintings for which Ed Emshwiller used Carol and himself as models (click to enlarge): 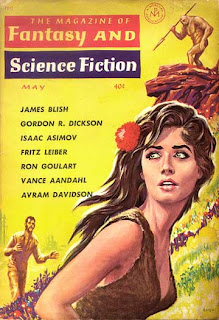 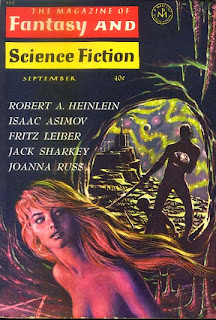 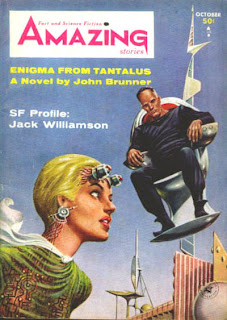 ...with that first story, which Reed, as noted below, had entitled "To Be Taken in a Strange Country" and would place it as such as the lead story in her first collection, Mister Da V. and Other Stories. (Among the other things Emshwiller and Reed share is that their first collections came far too late for any sense of justice in publishing...Reed's book was published in England in 1967 and would await its US edition for six years; Emshwiller's first collection, also her first book, Joy in Our Cause, didn't appear till 1974. The Reed collection also notably lacks any introduction, either to the book or the individual stories, a bit of sadness for those of us who love the headnotes and other interstitials provided by the likes of Isaac Asimov and Harlan Ellison in their books.) "Automatic Tiger" might've been the first Reed story to gain a lot of attention in the fantasy community, a heavily metaphoric tale of a young man who gains enormously in life through the purchase of a remarkably lifelike tiger mechanism, and what fate has in store for them both; it was certainly the first Reed story I read. Reed, too, is expert in resonance and playful wit, as she demonstrates throughout this collection, in her further collections and novels since, and in her short fiction that has appeared in fantastic-fiction, contemporary-mimetic and little, and crime-fiction magazines over the years since; happily, Reed is still writing, as Emshwiller, who has been having some health reverses, might not continue to do, though we can hope the latter is not stymied. One thing that connects such writers as these two, and, say, Kate Wilhelm, who got her start neatly between Emshwiller and Reed and has had a not dissimilarly eclectic career since, is that one senses their exploration of character from the "inside", while such colleagues and similarly complete artists as Theodore Sturgeon, Damon Knight and Fritz Leiber often seem to make their observation of character at a greater auctorial distance, not so much objective as simply more divorced from identification with the characters under discussion and on display.

Including the brilliant Arcana story "Demon and Demoiselle"; the Malzberg story is actually a (very funny) collaboration with Bill Pronzini, "Another Burnt-Out Case": 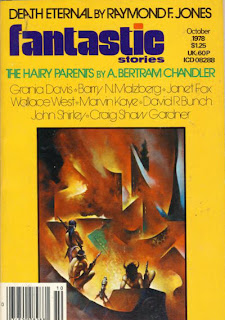 Also true of the younger, later-starting, and now late (as noted here at the time of her death's announcement) Janet Fox, who published the helpful market-guide and general-interest magazine about writers and the small press, Scavenger's Newsletter, for more than a decade; she was the first to buy my creative work, a poem, to be published in a national forum. More importantly, she began publishing her own fiction, with "Materialist"...another Robert Lowndes "discovery," I belatedly remember, for his Magazine of Horror in 1970, and the first in a series of horror stories in which she takes cliches and makes them happily (if usually disturbingly) literal. Perhaps the best of this series, "Screaming to Get Out" (from Weirdbook, the co-publisher Ganley's long-running little magazine of fantasy and horror) is included in this, 2003's A Witch's Dozen, the only collection of Fox's fiction to be published during her lifetime; the only other books she would publish were a series of novels under the pseudonym Alex McDonough. This continues to gnaw at me, given the excellence of these thirteen stories, which includes three of her fantasy series-characters, Scorpia and Arcana and Morrien, with a new story of the last as the book's one original publication. Well-illustrated by Stephen Fabian, it's a volume worth seeking out, and it needs a companion. Even in what little we have of her, she's one of the best sword and sorcery writers and one of the better horror writers we've seen.

A full-color page from the next Jane Quiet adventure (Quiet's future clients pictured rather than she herself; click to enlarge considerably):

And my friend Kate, K. A. Laity, and her friend Elena Steier decided to collaborate on a comic, as noted above, about a psychic investigator named in honor of John Silence; they decided further the challenge along by making this first adventure, at least, one with no dialog whatsoever, allowing Jane Quiet to live up to her name, at least as far as speaking was concerned. Steier's one proviso, as Laity notes in the introduction on the inside front cover, was that the monster be kick-ass...and so it is, as Lovecraftian (though, unlike HPL's, actually visible and seen in detail) as Mike Mignola (Hellboy) could ask for. Quiet and her confederates investigate the events that have killed one teen girl and hospitalized another, seemingly (to the survivor's terrified parents; we the "readers" are less uncertain) involving their daughter and her friend's dabbling in black magic. (Injokes: Quiet's office and probable residence is in a building that also might just house Algernon Blackwood, Charlotte Perkins Gilman, and Edith Wharton, or their ghosts; from some angles and in some panels, Steier draws Quiet to resemble Laity.) Things don't all go the way Quiet and company hope, but the ending, in yet another coincidence I've belatedly realized, rather reverses the situation found in Leiber's "A Deskful of Girls" (the cover story in the ridiculously good issue of F&SF detailed above). This issue, too, is great fun, and worth the procurement effort, if your local comics store is so foolish as to not have it at hand. Laity might be the literary child of Angela Carter and Peter Cook and Italo Calvino, and Steier the artistic child of Trina Robbins and Gahan Wilson and Jules Feiffer, and there's not a little dash of Joan Aiken in both, but none of that estranges them at all from the work of the other women too insufficiently celebrated here...

...and did I happen to mention that I recently picked up a 1955 issue of the Cornell-based little magazine Epoch with some of the very young Joanna Russ's poetry in it? Inasmuch as it also has stories by R. V. Cassil and Lysander Kemp, it could've been an issue of F&SF as easily as Epoch, though the Philip Roth story would nudge it more in the Partisan Review direction (a 1962 issue I bought along with the elder features just two long stories by two young men just getting their legs at the time, Ronald Sukenick and Tom Pynchon, as the latter signs himself...this would also be the magazine which, a few years later, published the career-jump-starter for Joyce Carol Oates, "Where Are You Going, Where Have You Been?"). Eh, later. 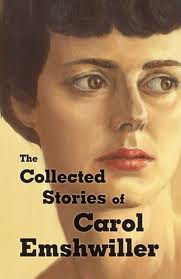 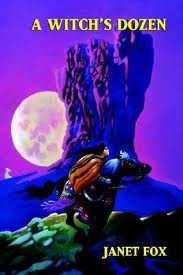 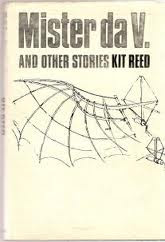 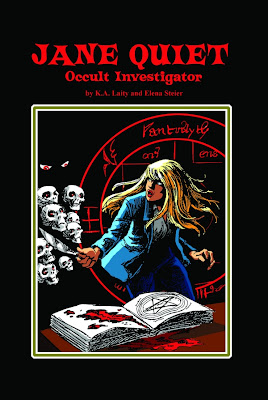 Aside from the images of the review items (from their publishers' sites), images courtesy of Galactic Central or ISFDb and their Visco files.
Posted by Todd Mason at 7/29/2011 10:15:00 AM

Um, can I swipe that for a pull quote?! Thanks so much! Wow, nice to get a good review from a notoriously tough critic.

And well done on the others, too: there's so much more I need to read. Like Carter, who thought she was going to make her name as a poet, it's interesting to see how much careers are shaped by ideas about genre that our brains ignore.

Of course, though perhaps a line from the "famously irritable friend of Laity" might not carry even as much weight as a Stephen King blurb does these days.

And, as I hope I made clear (and perhaps even more than Carter herself), all of you have usually cheerfully ignored any notion of "genre restrictions," and that's, of course, as it should be, both for the sake of the artist and of the art...

Fuck categories. I just let loose the demons from my head.

My goodness, Todd, where on earth do you find the time, let alone the brainpower, to write such posts? Seems it's all I can do to throw together two or three paragraphs... Well I enjoyed the hell out of it and do appreciate the effort. I begin to wonder when you're going to publish your authoritative history of F&SF? Fully illustrated, of course. I'll reserve my copy right now.

I agree with Richard both about my continuing amazement and pleasure at your posts and about the possibility of you doing a history of F & SF.

I think there's the most offhand, background reference to the Spiders and Snakes in "Deskful"...but I should go back and reread it.

Meanwhile, you gentlemen are definitely making me blush, or is that merely the head swelling? Rick, it takes me forever to get one like this out...it's a week overdue...and I'd definitely have liked to have taken the time to discuss more of the contents of the collections...

Summing Up? Here, there, somewhere?