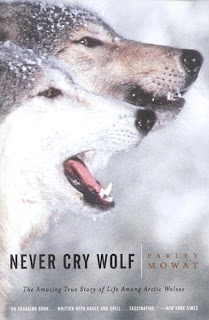 This the link list for this holiday week, featuring at least a few choices that emphasized Canadian writers and their work (even as FFB founder and usual host Patti Abbott is escaping Canadian proximity for some time in Arizona, though not New Mexico to solidly pound in the irony--as it turns out, this trip is upcoming, and the ducking out was simply to NY this go 'round). If I've missed your review, please let me know in comments, and I'll happily add it...and apologies!
Patti Abbott will be hosting the links again next week.

Jerry House: What's Bred in the Bone by Robertson Davies

Todd Mason: The Ways We Live Now: Contemporary Short Fiction from the Ontario Review edited by Raymond Smith; review delayed by reviewer cleverly hiding the book from himself shortly after beginning it.

James Reasoner: The Master of Dragons by H. Bedford-Jones

L. J. Roberts: The Case of the Missing Servant by Tarquin Hall

Richard Robinson: Never Cry Wolf and And No Birds Sang by Farley Mowat

Ron Scheer: Smith and Other Events: Tales of the Chilcotin by Paul St. Pierre

Kerrie Smith: A Landscape of Lies by Peter Watson

Prashant Trikkanad: The Big Fisherman by Lloyd C. Douglas and Upon This Rock by Frank G. Slaughter

John W: Look Behind You, Lady by A.S. Fleischman

...and, Pre-emptively: Doug Levin: The Adjustment by Scott Phillips 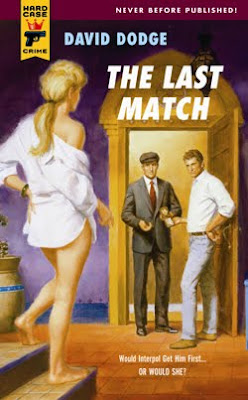 Ed Gorman:
The Last Match by David Dodge
Dictionary: The word “picaresque” is taken from a form of satirical prose originating in Spain, depicting realistically and often humorously the adventures of a low-born, roguish hero living by his/her wits in a corrupt society.
This is the only word I can find to adequately describe The Last Match by David Dodge, a 2006 Hard Case Crime presentation. In a winningly cynical voice, a young swindler tells us all about working scams in places as far flung as Cannes, Tangiers and Lima, among others. He is particularly deft with women.
Good to remember that Dodge was also a travel writer of considerable note, so the backdrops here are almost as vivid as the characters, who are mostly low-borns working their way downward reeking of sweat, booze and occasionally blood.
Dodge hangs a good deal of his tale on the romance between Curly and a fetching young woman of British royalty named Regina. She, unlike most other humans who trod the earth, seems to feel that Curly’s soul is worth saving and she attacks this task with almost saintly (and sexy) determination.
I didn’t care much about the story, but was won over completely by the high style of the prose, the incorrigible personality of the narrator and the unending list of badasses who appear along the various map points. This has the feel of a memoir rather than a novel, and that makes it all the more realistic.
I think you’d have to say that Dodge – who wrote this novel sometime in the early ’70s even though this is its first publication – didn’t have much interest in the usual tropes of genre thriller fiction. Graceful and sardonic writing seem his biggest fascination, a true world view with some gunfights, fist fights and bad ladies thrown in every once in a while to honor pulp expectations. I should note here that early in the first chapter, Dodge struts his stuff, introducing us to an attractive and appealing middle-aged woman who is using him as her current boy-toy. You know you’re in the hands of a real writer when Dodge makes us like and even respect the woman. Not a cliché in sight. I knew right off I’d like book just because of its opening chapter.
His daughter Kendal Dodge Butler provides a loving, even endearing afterword about her father. He seems to be about what I expected: a man who had his darkest adventures early on and then settled into a respectable middle-aged family life that allowed him the leisure and luxury to pursue his writing where he got to polish up some of those old adventures and display his wide knowledge of cons and scams.
–Ed Gorman
Posted by Todd Mason at 11/25/2011 12:45:00 PM

I'll join in with The Hidden Places (1922) by once-popular pulp writer Bertrand W. Sinclair. Sex, betrayal and a good amount of inner turmoil, you'll find it all here.

I'll second Brian Busby. Sinclair can tell a heck of a story. I like his WILD WEST (1926).

Thanks for hosting, Todd. I know Patti appreciates it!

Thanks, folks, and sorry for the delay, there, Brian Busby (welcome!); I certainly enjoy hosting on a day with limited alternative obligations even than I do on a business day, George...

Did I somehow miss yours, TM?

No, though perhaps you missed the explanation above...I have inadvertently hidden from myself, sometime before yesterday, the ONTARIO REVIEW anthology I was going to review, and didn't settle on an Andrew Weiner nor Barbara Roden book as back-up...

Todd, I hope you find THE WAYS WE LIVE NOW because I'm always interested in collections of stories and essays from the literary magazines. I'm very interested in reading your review and comments.

Many thanks for the warm welcome, Todd.

It's found, Walker, and I hope to do it up properly for next week. Thanks...looks like this 1986 volume was the first (and possibly the last so far) collection out of ONTARIO REVIEW (and it has about three-four stories out of 26 by Canadians or once-Canadians...though, to be fair, it has a smattering of European writers as well).

You're welcome, and thank you, Prashant and Brian. Please let Patti know if you'd like to be weekly participants.

I probably should've turned to a Stephen Leacock as a sub this week...