Tuesday's Overlooked Film and/or Other A/V: a few more links (and some text) added...

Thanks, as always, to all contributors and readers...and hope you've had a fine Hallowe'en (and All Saints Day), so far! 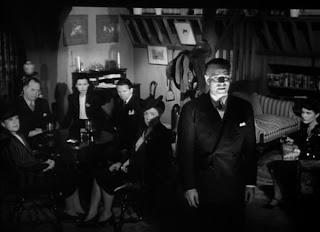 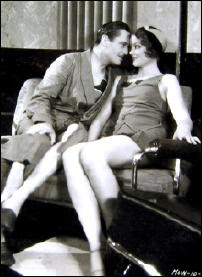 Jerry House: "Ricky the Drummer" (The Adventures of Ozzie and Harriet)

John Charles: You Will Die at Midnight (aka Morirai a mezzanotte)

Randy Johnson: Tarzan and the Valley of Gold

Scott Cupp: The Ghost in the Invisible Bikini 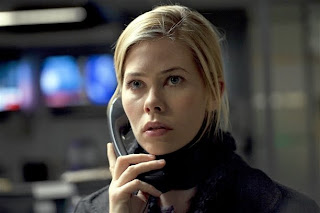 Stacia Jones: November Films to Watch For (on cable)

Borgen is, as US carriage station Link TV (visible mostly on cable and particularly satellite services, but cleared overnights on KRCB in the San Francisco Bay Area and some other broadcast sources) is quick to note, from the same producers as the original, Danish version of The Killing (a US version is seen on cable station AMC). I haven't watched either version of The Killing yet, but Link is also rather happy to compare Borgen to The West Wing, but to judge by the first episode, the Danish series is far less about cutesy wish-fulfillment than the Sorkin thing was, and is more comparable in most ways to The Good Wife, only without the criminal court matters to inject the more melodramatic notes. Instead, some reasonably well-prepared-for quick tragedies and problems (sudden death, drug abuse, complex sexual and romantic matters) intrude instead, in what is mostly the account of Birgitte Nyborg, the head of the posited Moderate Party (rather comparable to the actual Radical Party of Denmark; all the parties are somewhat renamed here, so that the Danish Social Democrats become the "Labor Party" in the series, and Venstre, the Danish liberal party, becomes the "Liberal Party"), and how she is, in public approval, catapulted ahead of the leaders of the Liberal and Labor parties by her "Gary Hart moment" during the last televised debate before a parliamentary election (as the expected winners have their own Mondale-Glenn-style spat). The pilot episode is witty, reasonably well-worked out (even with the melodramatic flourishes mentioned above), and bodes well for the rest of the series...for the majority of, at least, the US that can't see Link TV (most visible on Dish Network and DirecTV), Link is posting the episodes for two weeks after their debut on their website. If you enjoy politically-engaged drama that involves well-developed characters, who are quite aware of how the professionalism of their work in politics, television news, or public relations is often the most corrupt aspect of that work, you should definitely give this well-captioned series a shot (and since it does involve Danes, they occasionally speak in English, as well, sometimes for half a sentence, sometimes at length).

WAMU-FM (in DC) has been broadcasting the umbrella program of radio drama and variety The Big Broadcast since the early '60s, when some of the programs it plays regularly had just gone off the air (CBS wrapped up their last two regular dramatic series in 1962, and would try again in 1973, with the CBS Radio Mystery Theater). At this point, The Big Broadcast has settled on some recurring favorites for Hallowe'en week, for the 2.5 hours which follow the usual first 90 minutes devoted to their usual offer of Yours Truly, Johnny Dollar, Dragnet and Gunsmoke at the top of the package...and they took the opportunity to run among the grimmest and most graphic of the Dragnet and Gunsmoke episodes (for that matter, host Ed Walker seems almost apologetic at times for running a horror-themed special package at all).

--The adaptation of the John Collier story for Escape isn't exactly subtle, but it is vigorous. If you've missed any of these over the years, you can always pick and choose with your audio playback device among them...but they're all at least pretty good, and the Quiet Please certainly deserves its classic status (the Gunsmoke nearly as good). You have a little less than a week, till Sunday night ET, to listen to these on the archived link given above...and, as noted, not quite two weeks from now to catch Borgen's pilot online (it's available on DVD, but I'm not sure yet if it's a Region 0, as much as that usually means now). TM
Posted by Todd Mason at 11/01/2011 07:45:00 PM

Great list this week, Todd. Lots of good films to talk about.

I'd say so! And, as I haven't quite gotten around to mentioning (but will later), I highly recommend the archived items I point to this week.

That Borgen thing looks good. I have yet to watch The (original)Killing but I hear it is great also

I shall be keeping up with BORGEN, even as I haven't, yet, with either version of THE KILLING.