Thanks as always to all contributors and readers...and we have at least a few new contributors this week. And I suspect we'll see a few more links over the course of the day. Happy Thanksgiving, USians (Canadian Thanksgiving is on a different day), in the event I don't post again before Thursday...and Friday will be the links list for Friday's "Forgotten" Books, with a Canadian emphasis...be there or be post-US T-day w/o FFB...and wouldn't that be a sad state? 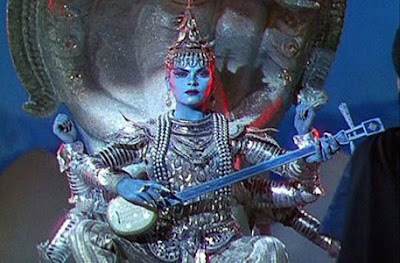 Iba Dawson: A Taste of Honey 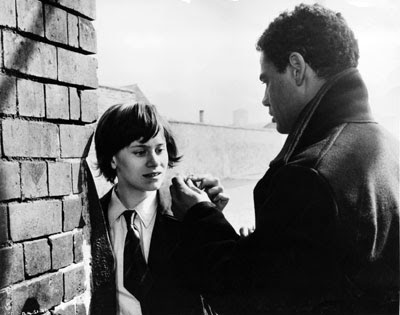 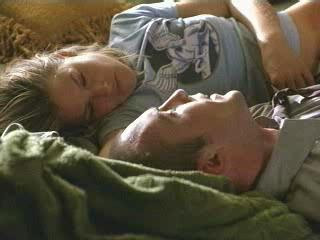 Juri Nummelin: Romeo is Bleeding; and two films which don't, in comparison, help deal with backache 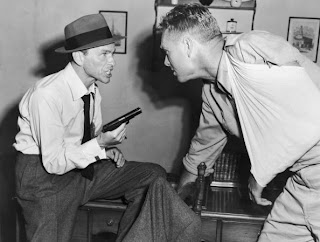 Ron Scheer: The Winning of Barbara Worth 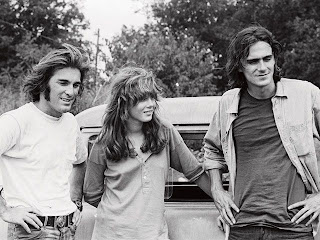 Todd Mason: Sins of the Fleshapoids (please see below) 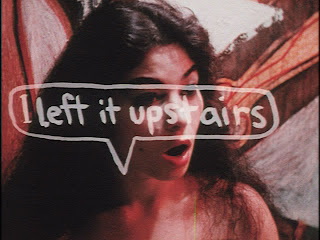 Yvette Banek: The Thief of Baghdad

Todd Mason:
Sins of the Fleshapoids is a 43-minute film first presented in 1966, which was shot in several people's houses or apartments on the tiniest of budgets...such indy poor-mouthers as El Mariachi (Robert Rodriguez's first film to see commercial release) or even such student films as the first (terrible) version of THX-1138, had budgets many multiples of the outlay for this, essentially a silent film with music and narration and (!) drawn-in dialog balloons (and a bit of faked monolog--moaning--at the end, as a character gives birth), shot on 8mm Kodachrome stock (as auteur Mike Kuchar notes, Kodachrome has the kind of saturated colors that help make this film stand out--though similar, if higher-budget no-budget films such as The Incredibly Strange Creatures Who Stopped Living and Became Mixed-Up Zombies also have similar saturation, while shot on more typically professional stock, by a crew in this case including Vilmos Zsigmond and László Kovács...both using pseudonyms. What Kuchar doesn't mention, but what is just as obvious, is the red tinge that Kodachrome tends to take on.) Mike and George Kuchar, who co-directed many short home-movie style camp melodramas and films that come up to the edge of "acceptable" or at least non-actionable sexploitation in their day (starting in 1957), split up as co-directors for this one, with George taking a key acting role instead (they had both tended to appear in all their previous work, as well), though apparently the scene where Donna Berness admires herself in a mirror, while wearing some of the most ridiculous pasties devised for the screen, was directed by George. 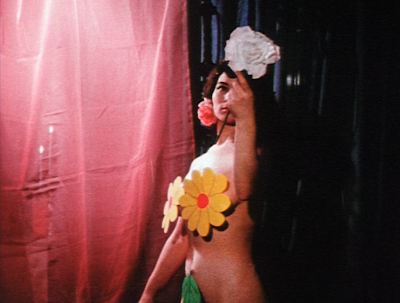 This is very intentional camp, and some of it is actually funny...it mocks, affectionately, the kind of earnest no-budget sf film prevalent in the first half of the 1960s, including its perhaps most direct inspiration, Creation of the Humanoids (1962), a very poor ripoff of Jack Williamson's novel The Humanoids (1948), and the kinds of films that litter the cv of such "talents" as Arthur C. Pierce (Women of the Prehistoric Planet, Dimension 5 [which seemed extravagant to the British distributors, so they retitled it Dimension Four], The Navy vs. the Night Monsters etc.). Set "a million years in the future!" in a world where humans supposedly shun technology except for the humanoid robot slaves called "fleshapoids," the beefcake antihero tears into a Clark Bar and then into a bag of Wise potato chips, after finishing his ice-cream cone. Later, to flee with his paramour from the castle of her husband, the prince, they dress him in a football uniform complete with pads and laced pants. Relatively few fetishes involving clothes that can be packed into such a short (and "futuristic") film are overlooked, including a female fleshapoid with gartered stockings; while much of the film is intentionally terrible, some of the shot compositions are actually pretty handsome, even striking, and the spirit of the film is certainly the odd mixture of artistic striving and put-on goofiness that is a somewhat more self-conscious version of what Ed Wood or Phil Tucker were doing before the Kuchars, and what contemporaries such as Andy Warhol and his collaborators and such other no-budget campers as Andy Milligan were attempting (only Milligan seems simply inept in comparison, Warhol unwilling to take nearly anything about such work seriously); John Waters consistently notes how important this film was in molding his esthetic, and certainly such others as Anna Biller almost certainly owe the Kuchars, if not specifically this film, a debt. Ripping off Howard Hanson's music for the soundtrack, behind the narration, is simply good taste, if (probably at least at first) theft.

Here is the film in its entirety, in five parts on YouTube (and looking rather impressively good as a print...I wonder if the video was shot from a 16mm print or better?):


For some reason, part 4 isn't easily found among the links at the end of part 3, so here 'tis (part 5 is easily found in its postlinks):

Some great choices there Todd - and thanks for including my post too. Great company to be with.

Hey Todd, thanks very much for including two of my posts here. This is a welcome first for me and I can see that I'm in good company.

By the way, I found where I saw POGO — in THE PENGUIN BOOK OF COMICS by George Perry and Alan Aldridge, a part of my collection for long. Perry and Aldridge speak highly of Walt Kelly and his work. And to think I nearly missed it...

No, thank you, gentlemen...glad to include your fine posts.

And, it would be a pretty poor history of the comics that didn't mention Kelly in some depth. Though the first volume shows Kelly still finding his feet with the strip (I remember the collected versions, tweaked slightly, of these early strips in the POGO books being a bit sharper and more in keeping with the characters as they were later developed).

Mine is up now, Todd. A late entry as usual. Looks like another good week.

A shame about Delaney: A Taste of Honey was one of the signal texts of my first immersion in the UK in 1980. Another remarkable Salfordian.

And Fleshapoids looks well worth a late night drunken viewing.

I see what you mean, Todd. Here's what Perry and Aldridge say about Kelly: "Satire is not always happily translated into the strip format and is hard to sustain. Walt Kelly, however, has mastered the art." And, "Walt Kelly's Pogo is one of the richest gifts to the comic-strip medium." That's rich.

I would have to be both drunk and blind-folded to watch this. No, wait, I'd probably have to have ear muffs on as well. HA!!

Todd, you are too much. As always, I enjoyed reading this even if I was shaking my head with disbelief at the time. :)

It isn't actually painful to watch, Yvette (unlike, say, a typical episode of MODERN FAMILY or TWO AND A HALF MEN), but it is intermittently not at all good and interesting.

I'm not sure drunkenness will help the enjoyment of either of you...

Yep, Prashant, Kelly was a key figure in his field, even when modest about his achievement.