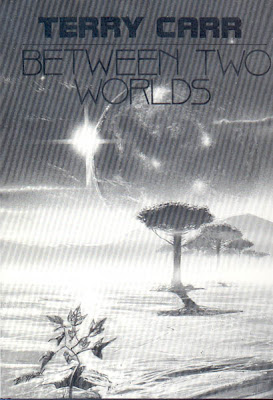 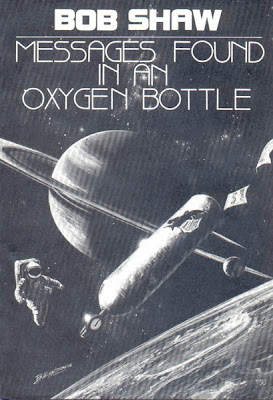 OK, this almost feels like a bit of a cheat...another fannish collection, or in this case two collections, and the double-volume, like PITFCS, is still in print (and is sold by the same folks, the New England SF Association, who handle sales for Advent: Publishers). But Terry Carr and Bob Shaw, whose professional careers were both really sparked by the Ace Science Fiction Specials series that Carr edited and which published several of Shaw's first novels, were frequently brilliant writers who made a mark but died too young (not as kids, but too young), and this volume, a souvenir item for a convention at which the two men were guests of honor, collects a nice sampling mostly of their fannish essays and fiction, though also including Carr's gem of a fantasy "Virra" (from The Magazine of Fantasy & SF in 1978), published shortly after the one collection of his short fiction, The Light at the End of the Universe (1976) and thus left out of that only other volume of Carr's shorter work not devoted exclusively to his fannish writing. Both men were legendary contributors to fannish literature, and mainstays of fandom even after becoming fully professional writers and, in Carr's case, even more visibly an editor; certainly Shaw was one of the leading lights of Irish fandom, and Carr one of half-dozen or so most revered among contributors and publishers of fannish writing in the subculture. These selection were chosen for their excellence and their accessibility...not too much (if a little) Utterly Insider fannish reference (though, for example, it will help if you remember the claptrap Erich Van Daniken made a fortune promoting in the latter '60s and early '70s in enjoying "The Bermondsey Triangle Mystery," the transcript of a parodic convention speech Shaw offers as his first entry). The tenor of much of the lighthearted work from both men falls somewhere between James Thurber and Dave Barry, with the particular worldview of the more acute sort of fannish mindset applied, as Shaw is quick to note in his introduction. We still have some comparable folks, such as David Langford, still with us, but Carr and Shaw probably had more to give, and certainly deserved the opportunity to do so. But go look for justice in the universe.

For more largely unjustly neglected books and such, please see Patti Abbott's blog (and spare a good thought for her).
Posted by Todd Mason at 1/27/2012 12:59:00 PM