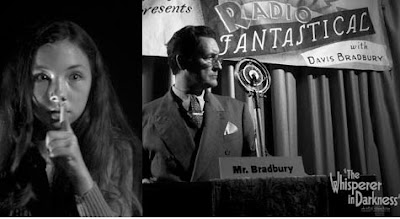 Thanks to all contributors here, and to you readers (particularly those of you fighting your way out from under the weather, as I am this morning). If I've missed any links/overlooked any of the overlooked, please let me know in comments...thanks again!

David Schmidt: The Whisperer in Darkness

Ed Gorman: Man with a Camera

Jeff Segal: The World Beyond (aka The Mud Monster); Let Sleeping Corpses Lie (aka Living Dead at the Manchester Morgue among other titles)

Jerry House: "Young Couples Only" (based on "Shipshape Home" by Richard Matheson) (Studio 57)

Mildred Perkins: I Saw the Devil 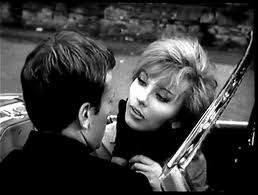 Coffee House Rendezvous is, by me, a charmingly goofy attempt by some organized body within the coffee industry to drum up a little business among teens, rather late in the 1960s (apparently 1969) by the time they got the film assembled (and added that remarkably dire recurring opening theme), who were encouraged to open not childish lemonade stands but household coffee bars for the delectation of their peers. Well, it keeps them out of the arcades and the supermarket parking lots, no? And gets them to swill some delicious 8 O'Clock or perhaps some Sanka in those late nights (Postum's for squares!). Somewhat larger outfits were also surveyed. The post-MST3K Riff Trax crowd did their take on this film, almost inevitably (I have yet to hear this, having just come across the parody track), but it stands by itself in its utter awkward opportunism and gawky attempt to exploit the Zeitgeist to hawk some beans.


Kongo, the sound-era, pre-Code remake of West of Zanzibar (and like the silent based on the stage play of the latter title), isn't quite as powerful as I remembered from seeing it about forty years ago, when very young, but it's still a pretty fascinating slice through some desperate behavior from characters who are beyond merely shady (these are the folks one would've hoped the default racism and other sorts of chauvinism of the time might've been restricted to, but we were never that lucky); Walter Huston is almost as is impressive as Lon Chaney, Sr., in the silent film, and Huston has to treat with the dialog...as often with films of this vintage, among any other sins in retrospect, things seem a bit rushed. But this film, which seems never to have been cleared for legitimate home video release, is at very least an interesting curio.

Not at all, Yvette...take your time, as events and energy allow!

I'm intrigued by the story-line of both KONGO and WEST OF ZANZIBAR neither of which I'd heard before. In fact, I haven't seen a good black-and-white horror-thriller in a long time now. I wonder if TCM has either.

Thanks very much for the link, Todd!

Well, Prashant, TCM has run both, at least in the States, and might be one of the few legit sources for either (though I think WOZ might've been released on home video, at least in a Chaney set). The film in (11, rather than 9) segments here was recorded from TCM.

I was looking up the TCM schedules for India and I found it's vastly different from the US-Canada schedules which are more impressive in terms of quality of films. Here, TCM telecasts half-a-dozen films, twice, over 24 hours, so if we miss it the first time we get to watch a rerun. We still get some good ones, though, often unusual too, like THE WORLD, THE FLESH AND THE DEVIL (1959) starring Harry Belafonte. So far there's no sign of "Kongo" and "West of Zanzibar". I might get them on VCD/DVD.

As I note, at least in the North American market, KONGO has never been released on legit home video (I believe), but that certainly doesn't stop the gray market.

Does TCM India ever run Indian classics, of THE WORLD OF APU sort? I suppose I could go look!

The Apu trilogy is shown often on Indian movie channels that telecast dubbed versions of English films. The English film channels like MGM, HBO, Star and TCM, among others, only show English movies, primarily Hollywood. They do show films like A PASSAGE TO INDIA and GANDHI but neither is an Indian film. This evening, for instance, TCM is telecasting LONE WOLF MCQUADE and WEST SIDE STORY so I guess they're doing a pretty decent job.