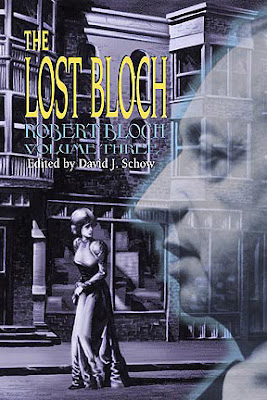 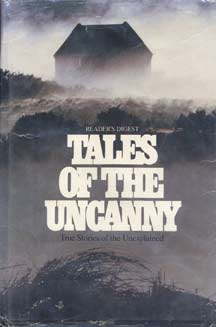 Robert Bloch's career after 1960 was haunted by the dual shades of the real serial killer Ed Gein and the fictional one he created, Norman Bates (and Bates's two faces, the one resembling Calvin Thomas Beck whom Bloch wrote about, and Tony Perkins's in the film role), that little cluster joining an immortal Jack the Ripper in Bloch-career-haunting (since shortly after he published the ridiculously frequently plagiarized "Yours Truly, Jack the Ripper" in Weird Tales in 1943). But in what he wrote about, there are at least as many words expended on H. H. Holmes (aka Herman W. Mudgett...perhaps not coincidentally two of the names "Anthony Boucher" used along with Boucher as pseudonyms, as Bloch and William "Boucher" White were long-term colleagues and probably friends). American Gothic was for years probably Bloch's second-best-known novel, and I wondered how much the title American Psycho was an attempt by the best-selling pisher to pay a sort of tribute to Bloch; certainly Erik Larson's Holmes/Mudgett history, The Devil in the White City, has since become more popular than Bloch's two notable long works about the Chicago-based murderer...the other being the long essay "Dr. Holmes' Murder Castle", among the most obscurely-published of Bloch's works; it has appeared only twice, originally in a book from Reader's Digest's "condensed books" division that is not a "condensed" book, but an original anthology of true-crime and supposedly-true paranormal accounts, all written by writers better-known for fiction (with the arguably weak exception of Colin Wilson, who loved to muck around in these fields of mostly-nonfiction). It was later collected in the third volume of The Lost Bloch, an impressive collection also including Bloch's wife (then widow), "Elly" Bloch, and Gahan Wilson's reminiscences of the man, and an unedited form of the interview Douglas Winter conducted with Bloch for the interview collection Faces of Fear; this volume only saw 776 copies produced, apparently (and most of the copies for sale I see are de-accessioned library copies of the pricy less-limited edition of 750).

It's a fine, novella-length account, and while I like American Gothic better (and Devil in the White City has more room for more evidence and detail, including that dug up since Bloch wrote this, presumably at the turn of the 1980s though perhaps earlier), I'm glad to have "Murder Castle" at hand, and it's an ornament to both books it appears in.

Bloch is generally always fun. Stevie should have learned better from him.

I've always had the feeling that AMERICAN PSYCHO was in part more of an homage to Hitchcock's film than Bloch's book. (However, Bloch has always impressed me more than Hitchcock.)

King still seems to me to have taken the wrong lessons from the guys taking the lessons...Matheson is more undisciplined than Bloch, and King than Matheson; Bradbury is less acute and imaginative but easier to "digest" than Sturgeon, but King is less and moreso than Bradbury. And you'll note that Matheson and Bradbury can only be said to have done better, financially and in recognition by the larger world, than Bloch and Sturgeon...

Indeed, Jerry, Ellis probably doesn't know Bloch from wild honey, but it did seem otherwise (typically) inane for him that the emphasis was on the USianess of his psycho, unless there was a chance that he wanted to throw a little love toward both AMERICAN GOTHIC (obviously not a phrase originating with Bloch) and PSYCHO...the Mary Herron-script/adapted and -directed film of AP certainly improves on Ellis's prose, as Hitchcock occasionally did as well (though not in the case of PSYCHO).

Has Bloch's essay published in Omni on his terminal illness ever been reprinted? It characteristically began with a bit of humor saying (IIRC) his doctor advised him that he could buy fireworks for the 4th of July but to not bother with Halloween candy.

I also liked his autobiography which was candid about the details of his publishing and film career.

I'm not sure, Richard, as to whether his own obit has been reprinted (I would be surprised if it hasn't). I know Bloch hoped to be able to write another memoir, more focused on his fiction-writing rather than on his extra-fictioneering activities...including his career as a political consultant.

Hell, now that I'm aware of them, I want to read his book review column in THE ARKHAM COLLECTOR.

And his fanzine columns in IMAGINATION, taking over for Mari Wolf...

I used the article as the centerpiece of a display in Bloch's honor at the bookstore I was working at then.

I simply wish Subt. was still publishing them, in larger runs...

As a kid I enjoyed the Jack the Ripper stories, from "Yours Truly" to "A Most Unusual Murder" (I think it was called). One of his Star Trek scripts also featured Jack, "Wolf in the Fold," with John Fiedler. The man wrote so much though it would be great (aside from the early stuff which isn't very good) to read all his shorts.

As soon as he shrugged off the direct Lovecraft influence and started writing with his own voice...even with some of the early transitional stories (Bloch was always wittier than HPL), they're worth the look.

Harlan Ellison had encouraged Bloch to return to an immortal Jack with "A Toy for Juliette" for HE's DANGEROUS VISIONS anthology, before Bloch contributed the ST script (and having adapted his original WT story at least once for radio drama). "Wolf" also introduces the Chekhov character, fwiw (Walter Koenig isn't too upset).

And "A Most Unusual Murder" was indeed the title...published in ELLERY QUEEN'S MYSTERY MAGAZINE and reprinted in the first volume of THE YEAR'S BEST HORROR STORIES, Gerald W. Page's V. 5, that I read.