Tuesday's Overlooked Films And/Or Other A/V: with a few more links 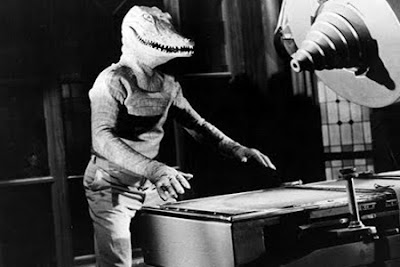 Thanks as always to all the contributors and all you readers of the reviews and citations at the links below...a few more are likely to join these as the day progresses (including my own contributions, if the crick don't rise). And if I've missed your contribution, please let me know in comments...thanks again!

Brian Arnold: The Regular Show and its prequels; Heartbeeps

Ed Gorman: Kliph Nesteroff on Roulette Records and the Other Affairs of Morris Levy

Iba Dawson: In the Loop

Randy Johnson: A Boy and His Dog

Sergio Angelini: Plunder of the Sun

"WutheringWillow": Night of the Generals; Tammy and the Bachelor

Thanks for posting my Regular Show article. My new post is on the notorious Andy Kaufman vehicle Heartbeeps. Here you go!

I think you'll find HEARTBEEPS Not-Bad but watered-down in the manner of most of Richard Pryor's (or Gene Wilder's) films, when compared to what Kaufman, at least, was capable of...

No film from me today, Todd. Not feeling up to par. Apologies.

Not at all, Yvette. I hope you feel better soon.

I love that snarky "sic" in your listing of THE GIRL WITH THE DRAGON TATTOO. Lisbeth Salander is a force of nature in both film versions whether it's Noomi Rapace or Rooney Mara.

My film is finally up, Todd. nice to see things at Missions Unknown are back to normal

Todd, I have just posted a review of IRRECONCILABLE DIFFERENCES on my blog but I hope I'm not late. Thanks very much for including the Cary Grant trivia.

Thanks, folks! Yes, George, I still don't buy the "necessity" of changing Larsson's title, which no other language found.

The American and British publishers thought that Larsson's original title, MEN WHO HATE WOMEN, wasn't commercial. So THE GIRL WITH THE DRAGON TATTOO was born. It's all marketing.

Yes, and they were wrong. And they apparently couldn't be bothered to have the books properly translated.

wutheringwillow @ A Life in Movies said...

Hello! My post has been up since yesterday but I couldn't comment on your blog as my home computer is acting up. My Tuesday’s Overlooked (or Forgotten) Films post is here,

Todd, I did a belated post, hope you can snatch it!

Thanks, folks...and you are more prompt than I, Juri. Meanwhile, WW, I understand Patti Abbott is having the reverse problem with WordPress...annoying all 'round (happily?, most of my problems are between Firefox and Blogger).

I'm trying to catch up with the last few weeks of FFB and Overlooked Films. I can't access your comments on Without You I'm Nothing and Jesus is Magic at all and although I can see Short Notice and the Solstein documentaries, I don't see any commentary from you about these.

One note on the small part of the Solstein that I've watched so far -Malzberg is wrong about the cover of That Sweet Little Old Lady showing Kenneth Malone; it is his partner, Thomas Boyd. I doubt that the Mark Phillips books have many fans now but I am [the only?] one.

Thanks, Steve, for taking the look. Sadly, I haven't yet written the Sandra Bernhardt or Sara Silverman film reviews, or at least not the versions for here, nor have I added my commentary on the Solstein or SHORT NOTICE...intentions don't always pan out (it took months for the laboring mountain to produce the mouse that was my squib on NOBODY WAVED GOODBYE...with luck, it won't be that long here).

Thanks for hipping us to Barry Malzberg's error on that cover-artist ID...I'll pass this along to him directly. You might be among the few in the world who might have the straight dope on this, indeed...I caught Barry in another small error, myself, in mistaking Asimov's story in the 1939 ASTOUNDING he highlights as IA's first...actually, Asimov's first published story was "Marooned off Vesta" in the March 1939 AMAZING...it had been an ASTOUNDING reject, and Asimov suspected, in his autobio, that Ray Palmer bought it mostly because it fit a word-length hole in the issue as it was being prepared...Asimov went on to note that Robert Bloch's story was nonetheless the only other that was better than his, as IA was careful to have the Bloch included in the retrospective best-of series he was putting together for DAW Books. Ed Earl Repp not produce top-drawer sf (or anything)? Perhaps Edmond Hamilton was having a bad few days while writing his.

...and perhaps I can learn to reliably spell Sandra Bernhard and Sarah Silverman's names first...

And I plead the hour (it's early, still) in referring to cover artist when the error your caught in Barry's reference was to the character portrayed. Barry graciously (via email) thanks us both for pointing out the two small lapses...and recalls his pleasure in your throwing in with him in banging drums for Mark Clifton and his legacy.