FFB: THE FANCIEST DIVE: What Happened When the Giant Media Empire of Time/Life Leaped Without Looking into the Age of High Tech by Christopher Byron 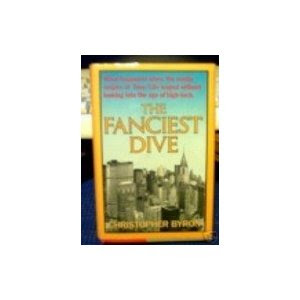 (W.W. Norton, 1986) A fairly straightforward account, written in the fairly clunky Time, Inc.-approved style that has arisen since the smoothing out of the stylistic quirks of the Heroic Years (as in the famous Wollcott Gibbs parody for The New Yorker, "Backward ran sentences till reeled the mind."), this is an ex-staffer's account of the poorly-conceived birth and quick death (in 1983) of TV-Cable Week, the Time, Inc. magazine project that was meant to be their next great weekly offer in the early '80s, but which was sabotaged from within by power struggles, the snobbery of almost everyone involved (who mistook their salaries and corporate pampering for evidence of having done actually good work with such magazines as Time and People), and a certain bull-headedness about how the world should bend to one's whims the way one's executive assistants do...the same sort of milieu that, say, the sitcom 30 Rock finds as one of its richest veins of comedy. The book has an unfortunate tendency, common (as noted above) to entirely too much narrative nonfiction, of attempting to present dialog reconstructed from memories as verbatim transcript, and has slight bobbles of its own in both fact-checking (such as the offhand reference to the syndicated Entertainment Tonight as an ABC series) and syntactic grace, but it keeps the various narrative threads of this interoffice slow collapse mostly raveled...and the anecdotes from various encounters of this doomed band as they fight with each other, with the uppermost bosses at Time, Inc. as much as they dare, and with customers at various levels and the outside press (the account of the vendor booths at the 1982 cable convention alone is colorful enough) make the book worth reading, but it also, if not as effectively as its author probably hoped it would, indicts the remarkable waste of opportunities and resources corporate culture encourages as actual work is subordinated to Being Very Important, and personal gain is always put ahead of any collective benefit, though measures taken in that direction are usually couched in language that completely contradicts that fact. 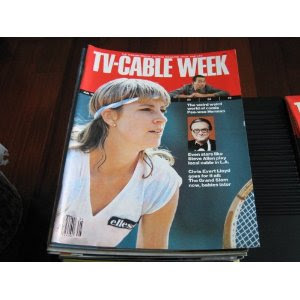 It's simply an added bit of amusement that several of the characters in the book can't imagine anyone willing to do what turns out to be my job (as they reinvent the TV Guide wheel in remarkably byzantine ways, rather than take the example of a quarter-century's commercial success, at least, as a model); even the jobs they leave, at least within Time, Inc. itself (one player is hired away from TV Guide Canada), sound that much worse to me, even if they apparently had nicer offices.

Before her career as a true-crime writer/reporter, Aphrodite Jones worked in television coverage, and plays a small role in this book. 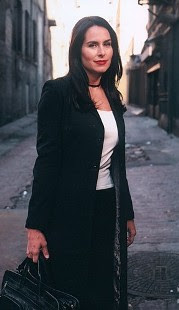 I love this kind of stuff. Have to try this one!

You could do worse, since it would've been difficult for Time, Inc. to do worse in this case.