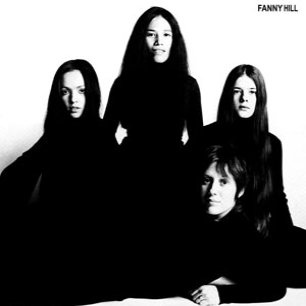 The Bangles: "All Together Now"


Emmylou Harris: "For No One"

Esther Phillips: "And I Love Him"

In the studio, brilliantly


The Breeders: "Happiness is a Warm Gun"

The Swingle Singers: "I Am the Walrus"


The Carpenters: "Help!" (in concert)


Siouxsie and the Banshees: "Dear Prudence"


The Rolling Stones: "I Wanna Be Your Man"

I have that Fanny album and it's one of the great forgotten records of all time. In fact it was a forgotten music entry I posted on my blog almost 5 years ago. The whole album is good & their version of "Hey Bulldog" is one of the best Beatles covers ever. Thanks for reminding the world how good it is. You can see my original post HERE.

Where I discover that in February, June Millington read my comment from 2011 on Charlie's review, and took me to be snidely insulting her and her bandmates...wow, it's past time for me to take the metaphorical marbles from my mouth (or typing fingers), clearly. I hope everyone who reads my posts here or on FaceBook or most if not all other places understands the great respect I have for and enjoyment of their work as a band, and June's and her partners' work with young musicians since.

And, yeah, I was listening to Fanny music all night last night, part of why I was moved to do a Beatles covers post today...Charlie's is a review worth reading,, and Fanny's recordings, particularly the live ones where they weren't impeded by producers or others, are more than worth the effort of seeking out...

I saw the Breeders do this song live not very long ago. They were excellent, and they looked like they were having so much fun that I couldn't help but do it too.

Excellent! I've never managed to catch them in concert so far, but my brother has a couple of Kim Deal encounter stories...mildly amusing, such as the time the Pixies called my parents' house, while my teenage brother still lived with them, at something like 2am and having had some intoxicants under their belt, to talk to Eric about some visual art he'd sent. Unfortunately, not Eric but our father, roused from sleep, took the call, and between mutual incoherence, my father took away that someone talking about Pixies was on the other end of the line before he hung up. The other time Deal tried to bum a cigaret off Eric outside the 9:30 Club in DC (the old 9:30), probably the only time Eric might've regretted never smoking.