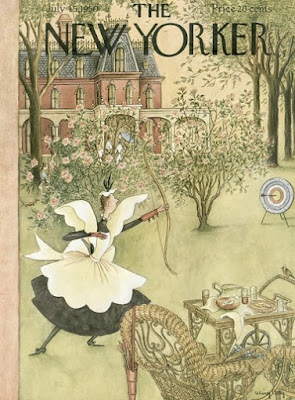 On Wilma Shore on Sweet Freedom.

"The Butcher" Story, November/December 1940;
can be read online in Women Working, edited by Nancy Hoffman and Florence Howe (The Feminist Press/McGraw-Hill 1979)

The following four short stories (and a very brief "casual") can be read online, but behind a paywall, at The New Yorker Online: 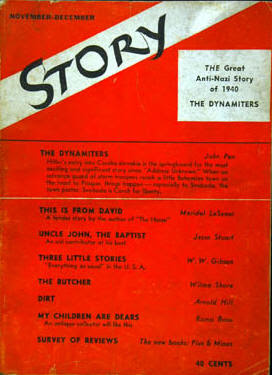 The Talk of the Town: "West Coast Intelligence: A nursery school has opened in Los Angeles, called the Tot-orium." * jk/cl 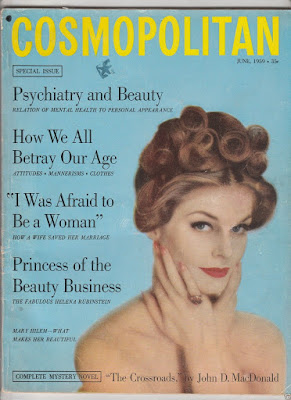 80 * Dress from Bergdorf’s (Shore's preferred title: "All Sales Final" --see the review of her collection Women Should Be Allowed here) (ss) Cosmopolitan Jun 1959, which can be read online here

A Bulletin from the Trustees of the Institute for Advanced Research at Marmouth, Mass., (ss) The Magazine of Fantasy and Science Fiction Aug 1964 (which can be read online here)

Is It the End of the World?, (ss) The Magazine of Fantasy and Science Fiction Mar 1972 (which can be read online here) 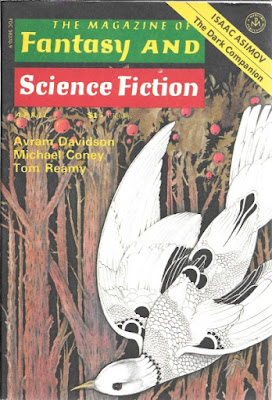 The Podiatrist’s Tale, (ss) The Magazine of Fantasy and Science Fiction Apr 1977 (which can be read online here)
...and some nonfiction, from The Writer's Handbook, 1974 edition (online here) "The Hand is Quicker Than the I" (Shore on the uses of first-person narrative form, among an appropriately star-studded cast in the how-to essay anthology.)

Encouraging the reading of Wilma Shore's frequently brilliant fiction (among other writing) is an ongoing concern of this blog, and in the pursuit of that goal, I finally purchased a discounted six week subscription trial to The New Yorker (50% discount code, courtesy of Jackie Kashian's podcast The Dork Forest, is "DORK") so as to allow me online access to the four TNY stories grouped above, while also refreshing my memory of the two latter-day The Magazine of Fantasy and Science Fiction stories (I can only assume that Edward Ferman at F&SF was offered the viciously unnerving "Goodbye, Amanda Jean" but for whatever foolish reason didn't accept it, so that it appeared in Ejler Jakobsson's Galaxy instead).

"The Butcher" (in Story magazine in 1940) was Shore's second published story, but the first one she liked, as did the editor of Best Stories annual (soon to become, and remain today, The Best American Short Stories series), which demonstrates the early and continuing concern Shore had with the constrictions of traditional roles on men and particularly women; her idealistic and very competent young office worker is as certain she's ready to be an ideal wife as she is an utterly competent and conscientious stenographer, for all practical purposes the only profession a woman can expect to have in New York City in 1940 aside from teaching school. But, somehow, even with an appreciative and reasonably sensitive husband...domestic work at home isn't quite what she hoped it might be. And she couldn't tell you why. As the daughter of an accomplished writer, who dropped out of a California high school to study painting in France and be praised as a budding genius in that field by Gertrude Stein's brother, and then putting aside painting to be the wife of a failing actor, and mother of their child while still very young...one can see where the story might have some autobiographical resonance.

Eight years later, when the first of Shore's New Yorker stories is published, she has a firmer grip on her tools, can work in the disparities of class as well as the hemming in of sexual assignments in detailing a reunion between a young woman and her former family maid, once a friend as well as servant, now far enough removed from her former ward's life that the latter, also, can't quite put her finger on why their last encounter feels hollow in comparison to their easy interaction when the elder woman worked for the young woman's family...at least not at the time, but, as the former Miss looks back on it a few more years later, she understands better. 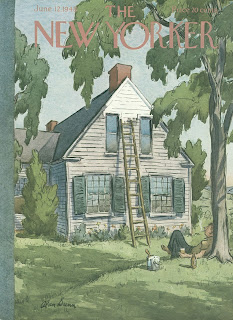 "The Ostrich Farm" deals with family dynamics of a rather more heated sort, as a boundary-free mother and her overdependent daughter don't realize there's any other way to act in regard to each other and their respective husbands. This one, and the two later stories sold to Harold Ross's magazine, are notable compared to Shore's women's and little/radical magazine stories in the degree to which the men are far more in the foreground of the stories...for TNY is about Important Matters, the kind that feature Men, doncha know, in these early but still pretty influential issues of the magazine, where the at times apparently bumptious Ross could express utter confusion in most dealings with women (his successor in the chair would famously hide from everyone). 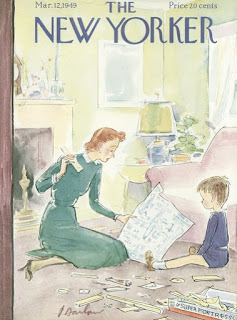 But "The Moon Belongs to Everyone", while written from the viewpoint of a male protagonist, still manages to have a gentler if no less wrenching emotional underpinning, where it's less the assignment of roles by society that can be constricting so much as those driven by tragedy...as when a young family, with an infant and a boy on the cusp of adolescence, loses their wife and mother suddenly. And the sense of compromises acquiesced to in the face of tragedy and need, and difficulties in fully overcoming those challenges, taking their toll.

And by "Lock, Stock and Barrel", the wry sense of humor Shore brings to her best work is in full flower, while no less deftly drawing the predicament of the man who can't quite understand how or why his marriage has failed, and how he tries to come to grips with that fact...or, perhaps more accurately, tries very hard not to.

These are all good stories, if not quite up to those Shore would collect from her slightly later writing for Women Should Be Allowed, her only published collection...and presumably one delivered to her book publisher about the same time as she contributed to Avram Davidson's Fantasy & Science Fiction "A Bulletin from the Trustees...", her first overt sf story, or at very least her first story for the speculative fiction magazines, and discussed in the earlier posts. Following the savage satire of "Goodbye, Amanda Jean", "Is It the End of the World?" is only a bit less (obviously) apocalyptic, dealing as it does with environmental (mostly atmospheric) degradation so profound that it might well kill us all at any time during the events of the story, but that doesn't mean that the small power-struggles and mutual dependences of family life are any less distracting from that greater danger, and how people will tolerate and adapt to almost any threat in the face of the "need" to simply get to where they want to meet, for one small purpose or another, and on time.

And while "Amanda Jean" and "End" certainly could qualify this post for consideration as entries in the February is Women in Horror Fiction Month observations, "The Podiatrist's Tale", a grimly amusing ghost story, helps clinch the deal...this might not be the last short story Shore published, but I'm not yet aware of another after 1977, and it deals with how the vicissitudes of aging might not be relieved even after death... 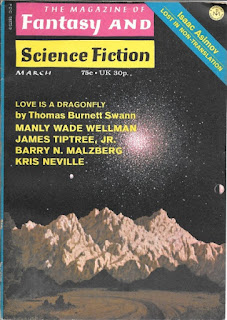 Even as we lost another writer not too unlike Wilma Shore in her sensitivity, craft, insight and wit, and bubbling-under influence, Carol Emshwiller, this past Saturday at age 97, with her daughter Susan and son Peter/"Stoney" announcing the fact on Tuesday. Emshwiller, who also had a not to too dissimilar life from Shore's beyond their literary work in some ways, not least in terms of engagement with the community of the avant garde in several artforms, followed such other recently-lost peers as Ursula Le Guin, Kit Reed, Grania Davis and Kate Wilhelm...and inasmuch as I attempted to write up her brilliant first collection Joy in Our Cause a few years back while staying in a hotel in Barre, Vermont, with wonky computer access and there to attend the memorial service for one of the last of my aunts, my father's sister Shirley, it might be past time for a better try. For Emshwiller, too, is perhaps not fully appreciated enough for what she contributed, sometimes obliquely, to modern horror, as well...while writing primarily surreal or satirical or metafictional work, in the modes of contemporary/mimetic fiction, science fiction and fantasy, and even in two innovative western novels. 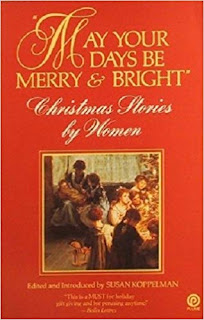 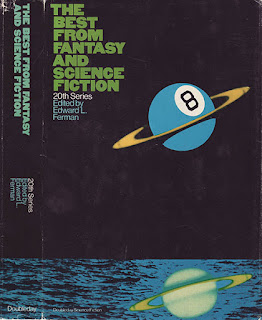 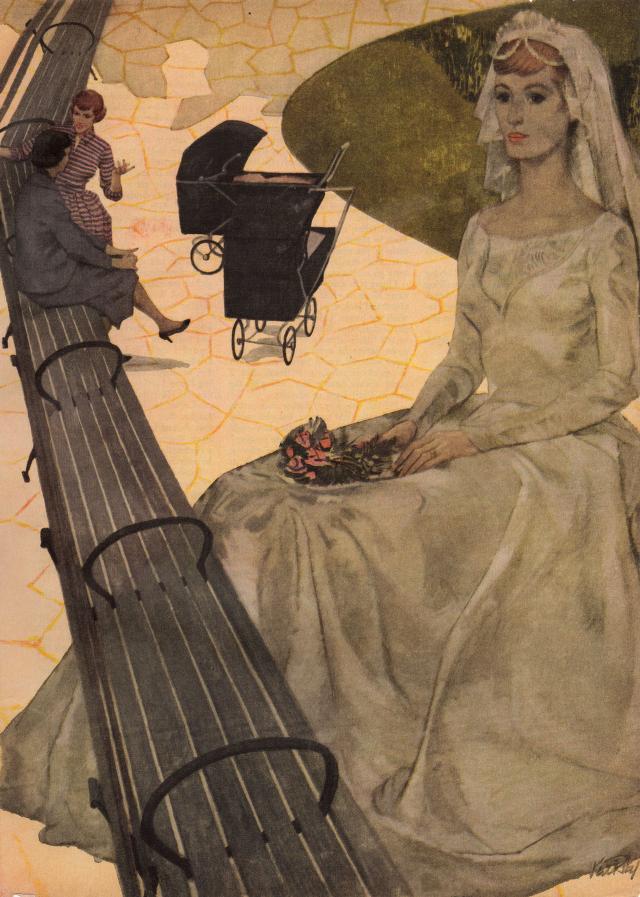 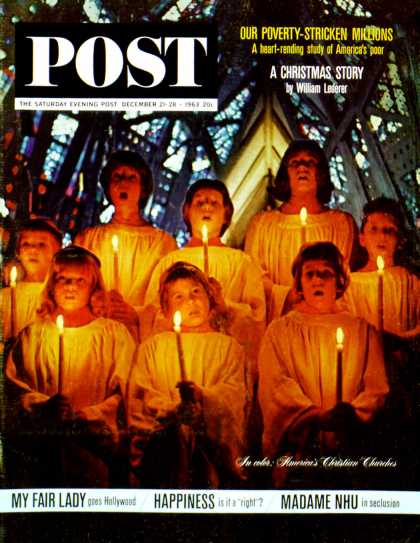 I must confess I've not read any Wilma Shore stories. I'll have to fix that. Thanks for the heads up!

You're quite welcome, and thanks for checking in. Within the SF community, aside from Avram Davidson, Edward Ferman and the foreign-edition editors of F&SF, Robert Silverberg was the most frequent editor to make a point of including her work. So that I saw her "Bulletin to the Trustees" first in Silverberg's VOYAGERS IN TIME.