From Crackle: Edge
Crackle, which is apparently not quite a subsidiary of Sony/Columbia but acts pretty much like one, offers a number of film, television and web-series items in basically the same mode as Hulu and a few other streaming services...though Crackle's feature films aren't interrupted by advertising (at least, The Big Town wasn't). Among the web series they offer is this one, Angel of Death, based on Ed Brubaker's comic and written for the flatscreen by Brubaker as well, in ten roughly 6-7-minute webisodes, and will be worth the attention of those who like over-the-top hardboiled and who've missed it so far, though nothing about it will surprise anyone too much. It's very slickly done, featuring Zoe Bell as Eve, a hitwoman with no illusions about the nature of her job or her life, who, in a semi-botched job with complications, takes a non-lethal knife in the brain--but the neural scramble might or might not be the source of hallucinations and a lessening ability to kill in cold blood. Unhappily (or happily) for her (and the audience), there is no lack of folks who heat her blood up just fine, and Bell does a good job trading blows and bullets with her adversaries (apparently she was most prominently a primary stunt artist in Tarantino films before this production); an Australian, she's joined by such stalwarts of antipodean fistfight drama as Lucy Lawless and Ted Raimi in supporting parts, while Brian Poth does a decent job as Graham, her immediate boss/dispatcher and sex-buddy (neither, here's one of those non-surprises, is willing early on to admit that they are bit more than casually attached). It's surprisingly shy about nudity or particularly explicit sexual activity, but isn't afraid to show a victim's head being blown off (at a ?tasteful distance), and James Reasoner be warned--that bit, and one or two others, results in a character losing some lunch. But since the comic-book/cartoon edge of hb has certainly been exploited by any number of films over the last decade (and more than that if we include the Hong Kong films), there's nothing here that will freak out a contented viewer of Shoot 'Em Up, and a nicely gritty bit of storytelling awaits, even if a few bits, ranging from Eve trying to convince her former colleague in training that he should Just Walk Away from their life, or her standing in silhouette against a city skyline, that don't quite make the cut of ironically or mythically getting past their overfamiliarity. She kicks ass, and isn't interested in names; it has some wit about it, and only one pathetic martial artist showboating in such a manner as to leave himself open to easy destruction. Joe Bob would say, you can't beat the price.

I've been listening to a lot of dispirited and half-assed dvd commentary tracks over the last year or so, so it's a pleasure to note that in my recent purchases of several Diane Lane films for relatively cheap, at least two are shining exceptions to the trend. The rather bad if well-shot (and Lane's excellent in it) Unfaithful is full of decent extras, almost to the Criterion level of ladling on, including a career-spanning, if rather brief, interview with Lane alone. I will have to see the Chabrol film Unfaithful rips off sometime. 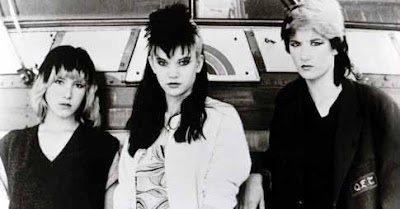 The other, Ladies and Gentlemen, the Fabulous Stains, is also not a first-rate film by any means (if better in several ways than The Runaways, whose experience as an all-teen-girl punk-rock band both films are based on), but Lane (fifteen at time of the production) and co-star Laura Dern (13 and supposedly passing for 17 in part through being six feet tall) provide a commentary in the 2008 Rhino release that helps make it great fun to sit through again. The Big Town and A Walk on the Moon have no extras...which is a pity, but both of those films are good enough to stand on their own.

It's an irony of sorts that Kiss, Kiss, a selection of five stories from the Roald Dahl collection of that name, are being dramatized in fifteen-minute segments as part of BBC Radio 4's Women's Hour, given the rather broad streak of misogyny that ran through the man and much of his work...but at least the women characters get at least some of theirs back, as in the first in the series, "William and Mary," which will be audible at the link above for the next week, as the other four stories are made available with each successive day, also to be accessible for a week. The cast:
Storyteller (narrator)....Charles Dance
Mary.......Celia Imrie
William......John Rowe
Landy......Nigel Anthony
...is uniformly fine in the first, and Dance, at least, will be a unifying voice throughout. Very pleasant, brittle little nasties, indeed. ("Parson's Pleasure," "Royal Jelly," "Mrs. Bixby and the Colonel's Coat" and "The Landlady" are the other stories slated for adaptation.) It's been a while since I read these, and I'm not sorry to be reminded of them thus...though I have to wonder if they can quite match the power of "Royal Jelly" in straight prose... 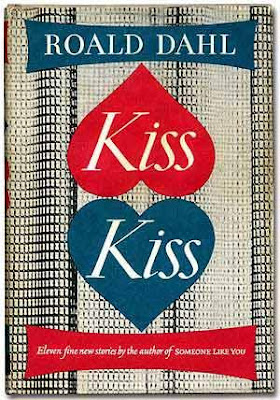 Thanks for the reminder to check out the BBC for interesting fare.

Yes, but one wonders how long any new productions will be forthcoming, given the Tories & LD's various machinations...not altogether unlike those of certain other folks, closer to home...

With the Republicans and Tea Party trying to kill funding for NPR, I'm sure similar shenanigans are going on across the pond to the BBC.

Indeed, George, that's what I refer to...they hope to defund considerable amounts of the BBC. Meanwhile, the GOP hotheads of various stripes aren't going after NPR directly, which is as rich as Kroc, so much as the Corporation for Public Broadcasting, which funds public broadcasting entities, NPR least of the national ones and the station groups the most, and is directly funded in part by the feds.

Todd, if you enjoyed the commentary on the FABULOUS STAINS DVD you may want to check out the downloadable commentary by Marc Edward Heuck, aka the Movie Geek from MTV's BEAT THE GEEKS game show. I haven't listened to it yet but apparently Heuck is a big fan and was instrumental in its DVD release. It's at his blog: http://www.home.earthlink.net/~meheuck/thefabulousstains/

You can see Dahl "Parson's Pleasure" coming a mile off, even if you haven't read it before (it's slightly...slightly...less obvious, did I mention slightly?, in prose), but the adaptation on Radio 4 is still amusing enough for the run-through.

For some reason, Chuck, your comment was caught in a spam filter. I might just, out of curiosity and the desire to atone for misspelling his name earlier...certainly Lou Adler's commentary is as in and out as one might expect...he even notes that, for the MTVish video they shot about two years after the film wrapped, to serve as a stronger ending (and it does), the girls look older (that is, Lane is now 17, Dern now 15, Marin Kanter now a doddering 21)--and, Adler hastens to add, "they still look good"...and this is his last statement in his commentary. The hell you say, flatterer...I mean, Kanter is old enough to drink these days, much less then.