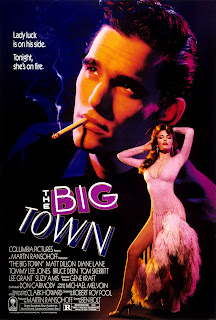 The first of my films this week has probably been more overlooked by me than most of you who might be reading this...it popped up on the digital broadcast network This TV on Thursday night while I was eating a late supper, and while I was vaguely aware of its existence, I had never made an effort to see it...but as the ridiculously impressive cast credits rolled by, and even more impressively to me, the fact that it was an adaptation of a Clark Howard novel, The Arm, made it necessary to give it some attention. (That cast includes Matt Dillon, Suzy Amis, Diane Lane, Lee Grant, Bruce Dern, Tommy Lee Jones, Tom Skerritt, Cherry Jones, Del Close, and as Amis's character's young daughter, Sarah Polley. Ridiculous. The casting director, Nancy Klopper, deserves an award named after her...the other folks who haven't become as famous since, or weren't already, are as good.) 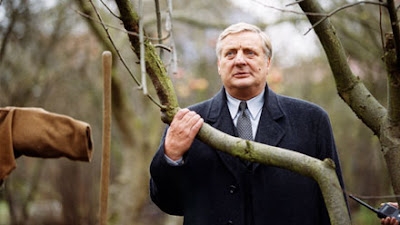 The second is part of a series of French/Belgian/Swiss (mostly French) telefilm adptations of Georges Simenon's novels, part of the rotation of International Crime Drama, Sundays and Tuesdays at 9pm ET/6pm PT on the small (about thirty affiliates nationwide) US public television network, MHz WorldView (and the oldest set in a "wheel" otherwise mostly devoted to such Scandinavian and Italian fare as the Swedish Wallander films, of late Irene Huss, and Montalbano...though some Tatort episodes, the German Law & Order equivalent, also make the cut). The late Bruno Cremer capped his career, moving from supporting roles to center stage with the role of Maigret. (Scruples will be repeated twice tonight on the network.) 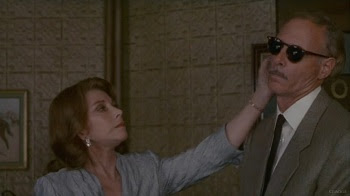 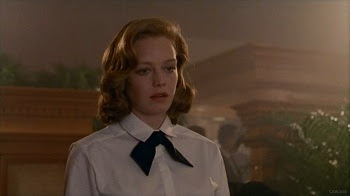 I have never learned the rules of the gambling dice game craps, but that doesn't diminish the suspense built up around some of the games in the somewhat leisurely, but richly detailed and "lived-in" The Big Town, which involves a young Indiana man's coming to Chicago in 1957, after apprenticing as an "arm," a hotshot dice-thrower, with an old family friend who has connections with the Chicago craps underworld. Matt Dillon is good as the mildly sullen but guardedly openhearted young man, who soon finds himself involved with two "tainted" women: one an intelligent, thoughtful, and unwed mother (Amis), the other a stripper (Lane) who turns out to be married to the closest thing to a classic villain in the film, a dice-game proprietor (TL Jones) who takes an instant dislike to Dillon's JC. But even Jones's Cole isn't a complete bastard (if entirely too close for anyone's comfort), and that's one of the strengths of the film...even the most melodramatic aspects tend to be tempered by realism. The self-destructive tendencies of various characters are only infrequently going to put them in jail or in the ground, or they wouldn't've lasted as long as they have, even the young twenty-somethings at the heart of the drama. A decent soundtrack (even if the abridging of Joe Turner's "Shake, Rattle and Roll" is annoying...then again, I hadn't ever let myself realize the origin of the titular metaphor of the song is out of dice gaming, even as most of the song is about rather earthier matters) of period music, and if Diane Lane at college age, her face fuller with baby fat, isn't quite as stunning as she would be in the next decade or so, she was already a veteran and capable of enlivening the closest to stereotyped role among those in the film...it's probably a pity Amis doesn't act much any longer (in her role as Queen of the World). Yet another Howard novel for me to read. This film is available on DVD, and I had an opportunity to watch the entirety, uncensored and un-cropped/panned and scanned (unfortunate sins of the This TV presentation), on the website Crackle.

And I certainly have enough Simenon to read; I don't know the other adaptations of the novels well at all (I've seen perhaps one of the ITV Michael Gambon adaptations and no one else's yet), but again the leisureliness of the Francophone co-productions, not dawdling, is welcome and adds to their verisimilitude. Cremer seems to be enjoying himself, while elegantly immersing himself in the role; the supporting casts in the several productions I've seen have been uniformly good. Maigret Has Scruples (or, more correctly, Les Scrupules de Maigret) is hardly the most perplexing fair-play mystery one is going to try to puzzle out, but it is well-done on every reasonable level, and the subtitles seem good to me as someone with perhaps twenty words and two sentences of French (though MHz WorldView, to appease sensitive affiliate stations still waiting for Obama Administration to call off the Bush Admin's FCC hound dogs, will rather [intentionally] blatantly replace a subtitle such as "Bitch!" with one of "Hag!"). Uncensored dvds are available, though only in Region 2 editions (unlike most of the wheel series, available directly from MHz WV in Region 1 which should play in all rather than most US machines these days--most machines are pretty universal whether they're supposed to be or not).
Posted by Todd Mason at 4/05/2011 01:00:00 AM

THE BIG TOWN just went on my Netflix queue, though Lord knows when it'll ever get to the top.

Well, there is Crackle! My dvd is likely to show up tomorrow.

Judy and I saw THE BIG TOWN in a mall theater, and as soon as we left the theater, I went to a music store and bought the soundtrack. It was a while afterward that I located a copy of the book, but I bought it, too.

I can't imagine the soundtrack disappointed...how'd you like the book?