more links: Tuesday's Overlooked Films and/or Other A/V: the links 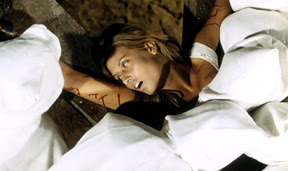 As always, thanks to the contributors here and to you readers, who might follow these links to the reviews and citations of the presentations listed below. If I've missed yours, or someone else's, please let me know in comments...and there will be at least a few more added through the course of the day, I'm sure.

Bill Crider: Because They're Young (trailer)

Brian Arnold: Where the Wind Blows

Frederik Pohl: on not being an inspiration for a Mad Men plot thread (the ad man who sold fiction to Galaxy magazine--for starters, Pohl was editing Galaxy in 1966...) 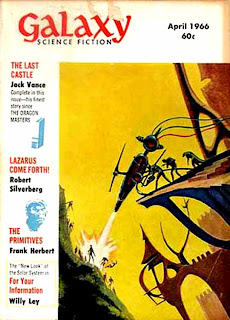 James Reasoner: Good for Nothing

John Charles: The End of the Wicked Tiger; He Has Nothing but Kung Fu; Killer from Above; Real Kung Fu of Shaolin 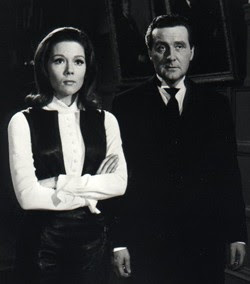 Patti Abbott: The Many Loves of Dobie Gillis

Randy Johnson: The Moon is Blue

Yvette Banek: French poster for This Gun for Hire; Cottage to Let


This rather dark and muddy upload, hard to make out in some of its darker passages, was probably taken from the VHS home video release of some decades back (and which I managed to miss altogether, even as I missed this posting on YT till Sergio Angelini mentioned it in his review of Robert Bloch's The Scarf on Friday); nonetheless, it's not a waste of time, even if a copy of the tape itself would probably be preferable (no legit DVD release that I'm aware of). Bloch's novella, in Fantastic Adventures in 1951, is rather more sophisticated and recursive than the final cut of the film would indicate...and that final cut is, somewhat typically of films for television in its era, a bit more sloppy and ragged than the material deserves. But even given that the protagonist (in the Virgil Finlay illustrations accompanying the novella's first appearance, Robert Bloch himself) is played by George Hamilton, he manages not to mess up the gig with his usual smarm, but instead to look suitably dumbfounded as a sailor coming to see his brother buried, after his imminent execution for the murder of his sister-in-law. The brother begs him to find the actual killer, something the sailor is reluctant to take on, but soon finds himself in world of not altogether healthy intrigue...not least in seeing his dead brother walking around on the streets of Chicago. It turns out that a certain malefactor has been arranging for the deaths of various people, to allow them to become his zombie slaves...including an earnest, not completely captive Linda Cristal and the cheerfully gruesome Reggie Nalder, bringing the frissons this production can offer (even as it, not atypically for Bloch nor director Curtis Harrington, features an utterly noirish setting, much of it in and around dance marathons and other expressions of Depression-era desperation). An otherwise pretty good cast, including Ray Milland, Joan Blondell and Ralph Meeker, does decent work for the production, which would've benefited from some of the sophistication of the original text, as well as sharper editing...but it still is an utterly pleasant experience as it stands. The Cat Creature, from the same team, looks like a better transfer on its YT uplink, and I hope to finally get a chance to watch that one soon. As productions of Bloch's scripts, TDDD isn't quite up to, say, Torture Garden (such an unfortunate, stolen title) but better than the other Amicus Pictures botches of the scripts they commissioned...but it might well remind you, as it does many, pleasantly of the RKO/Lewton Unit films of the 1940s.
Posted by Todd Mason at 4/24/2012 08:25:00 PM

Mine is ready to go!

Great stuff Todd - I certainly agree abotu the generally successful Val Lewton vibe (and they got Kent Smith in for The Cat Creature, which was a nice touch - wonder if anyone noticed at the time ...). I really hope to track down the novella to be able to make a proper comparison - thanks very much for all the fascinating info.

'morning, Todd. I'm up and running.

Indeed, just saw that, Yvette; thanks. And, thanks again, Sergio...I should note, on your page at least, that the easiest way for you to find the Bloch novella might well be the Robinson edition of Stephen Jones's anthology THE MAMMOTH BOOK OF ZOMBIES (published in the US by Carroll & Graf, as usually was the case with Robinson MAMMOTHs till Running Press picked up the slack after C&G's folding).

Todd, I'm skipping this week — I just haven't had the time to watch an overlooked film or recall one I might have seen years ago. Be back next Tuesday.

See you on Tuesday...or Friday with a book...or Thursday with music!

I did actually do a film.

Thanks for telling me! Sorry, it's gotten crazy busy today, and after a certain point I had to stop checking. Scott Cupp's is almost certainly up by now, too, I hope.