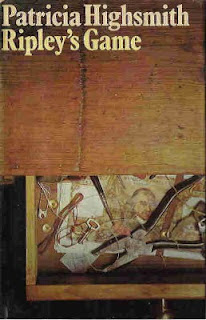 Hosting the links for books with insufficient (or perhaps in a few cases sufficient) attention paid to them, while Patti Abbott attends to other matters, this week and next. There might well be a few additions to this list over the course of the day...and please feel free to let me know of any reviews or citations I've forgotten to include in comments. Thanks to all contributors, and to all you readers...

Martin Edwards: The Man in the Net by "Patrick Quentin" 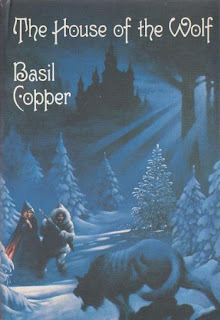 Jerry House: The House of the Wolf by Basil Copper

Rob Kitchin: A Death in Vienna by Frank Tallis

Evan Lewis: Say Yes to Murder (among other titles) by "W. T. Ballard"

Steve Lewis: The Case of the Sleepwalker's Niece by Erle Stanley Gardner

Todd Mason: Alternate Worlds and other work by James Gunn (please see below). 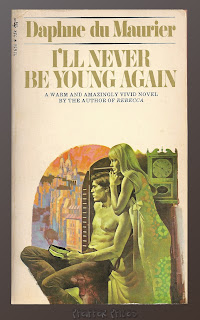 James Reasoner: The Shudder Pulps: A History of the Weird Menace Magazines of the 1930s by Robert  Kenneth Jones 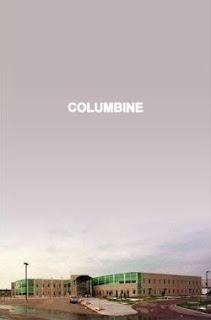 Michael Slind: Thou Shell of Death by Nicholas Blake

Kerrie Smith: Spinsters in Jeopardy (aka The Bride of Death) by Ngaio Marsh

Mike Tooney: Footsteps in the Dark by Georgette Heyer 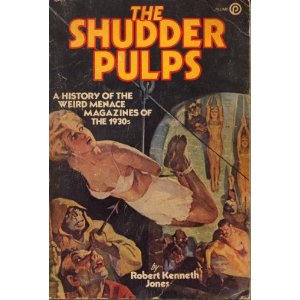 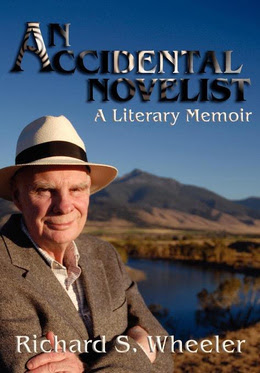 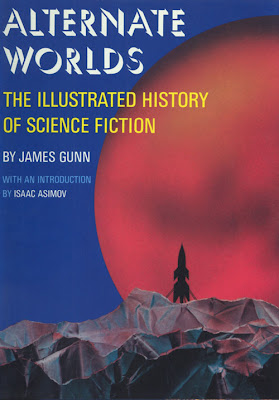 John Kessel passes along the sad news that James Gunn's wife Jane Gunn died yesterday; Prof. Gunn, now retired, and their son are among the survivors.  Gunn, 89 (and who shouldn't be confused with the younger film director and cartoonist James Gunn) has been contributing interesting fiction and nonfiction (and some documentary film) to the sf/fantasy field since the 1950s, when among his earlier publications was his doctoral dissertation, serialized in Robert Lowndes's magazine Dynamic Science Fiction as "The Philosophy of Science Fiction" in 1953. Among his better-known fiction published over the years has been "The Cave of Night," The Joy Makers, The Listeners, and The Immortals, the last adapted for an ABC-TV television film (1969) and a subsequent tv series (1969-1971) both titled The Immortal.  His The Road to Science Fiction anthologies make for both fine texts and simple good reads, and Alternate Worlds (1975) was his first book-length stab at a history and survey of sf.  He makes some rather controversial assertions here (the most puzzling to me being that sex has no place in sf...a bit like saying that sf can't be about human beings), and the book is flawed (not least in the common failing, among particularly the earlier histories of sf, of trying to pack as many then-contemporary sf writers as possible into the later chapters, thus not leaving much opportunity to discuss much about any of them), but it was both a useful and enjoyable first example of sf history I was to read, not too long after I inhaled Les Daniels's similar volume about horror in literature and popular art, Living in Fear.

Thanks for the link, Todd! Link back now at the top of the post.

Intriguing selection this week. Will be working my way through them.

And I hope a few others will be able to post (I know of one who depends on others to host his reviews whose work has been held up for days), and I might even throw in, finally. It's been a hell of a week, folks.

Thanks for your contribution, Nick!

Mine's up, Todd. Basil Copper's THE HOUSE OF THE WOLF,

Thanks for the inclusion Todd, as always. Incidentally, I've sent a note to Martin about his piece on MAN IN THE NET as it should definitely come attached to the 'Patrick Quentin' byline - I've never seen it published as by 'Q. Patrick'.

Thanks, guys. Jerry, it was foolish of me not to doublecheck your blog...Sergio, that was my presumption, since Martin didn't clearly tag his author credit...looks like it is indeed a Patrick Quentin...thanks again.

Hi, Todd! I'm dealing with a family health situation this week, but I do have a "classic" FFB post for today, if you want to include it:

Hopefully, next week, I can return to new fodder.

Todd, I posted my review a day earlier. I hope it makes the grade. Thanks...

BV, Prashant--to be added soonish! Thanks...

Todd, Thanks for including me in this list, but I think the book I wrote about this week was recently published. It is not a forgotten book. Each week my blog posts are about whatever I have read that week. Very often the books are older ones, forgotten, books, but not this week.

Prashant--apologies I missed yours previously...

Many thanks, Todd. It's nice to be among veterans, especially since I write about books and films rather than review them as I should really.

I don't review half the books I write about either, Prashant. A lot of the time I just stare at the cover and bash my forehead on the keyboard. Nobody seems to notice.

Nick, I do that often. I believe if you read a book or watch a film and wish to write about it, then you have to review it and, well, not write about it. A lot of stuff I write goes under the "Review" tag but I know I'm only writing about them. I once worked under a newspaper editor who reviewed just two books a month because he needed that kind of time to sit down and review them and do a thorough job. But that was way before "blogs" came along!

Yeah, I find that an actual proper review or critique – which I guess is what the Ripley's Game post is, despite my denial in the first Ripley Reread post on Talented Mr Ripley – takes a fair bit of time do properly, and I only have so much of that to dedicate to Existential Ennui (and The Violent World of Parker, where I also blog). So I often blog about books I haven't read yet and talk about their cover design or publishing history or collectibility or something. Plus, that way I get to write about them twice when I finally get round to reviewing them.

Mine is up and running at long last, Todd. Thanks.

Just wanted to add that I did a post today on another Maigret book. (I'm obviously in a Maigret frame of mind lately) Madwoman was last week.

MAIGRET AND THE WINE MERCHANT is for today. Thanks once again, Todd.

Heck, I don't consider anything on my blog as a review. I began taking notes as a way to keep track of books I read.

While some of mine are more reviews, and some are more Why this book matters, if it does (and it usually does).

Ha, Yvette! I had to move pretty quickly this morning, and clearly didn't see the date. Will revise.

My "reviews" are boiled down versions of chapters I'm writing for a book on early western writers, 1880-1915. More analysis than review, since I seldom make much of a judgment about their readability in 2012.