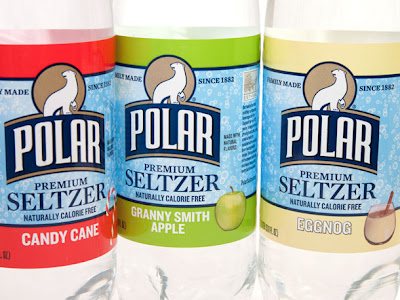 As a slight change of pace, instead of writing about things I shouldn't be eating as a diabetic, I thought I'd turn to some of the beverages I inhale, which include seltzers, diet syrup sodas, and teas, both brewed and prepared.

What's a pity is how many of these items are regional, some difficult to get outside their region...and a few, notably the Polar seltzers pictured up top, seasonal (because it's cute for marketing purposes...though I haven't tried the eggnog flavor yet, perhaps the least popular or "most controversial" of the autumn/winter flavors...the Cinnamon is quite good, and I enjoyed the Pumpkin Spice...among the summer flavors, the Ginger Lemon has far too little ginger for my taste and basically tastes like the always-available lemon seltzer [good, but I prefer the lime, to say nothing of the cranberry-lime], and the Mint Mojito, Piña Colada, Pineapple Pomegranate and Orange Mango were all quite good). 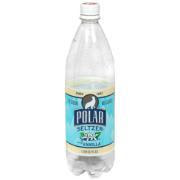 But for today's featured flavors, I'm looking at two year-'round Polar products, available in the Philadelphia area mostly at Wegman's supermarkets, Vanilla Seltzer and Diet Cream Soda. Polar's Diet Cream Soda is slightly lighter and less syrupy than Dr. Brown's Diet Cream Soda, my current favorite, but as a result it has slightly less flavor to it...it also isn't as carbonated, and therefore less "crisp" than Coke product Barq's Diet Creme (all the Barq's products like to advertise themselves, or did, as "the one[s] with bite"); aside from that initial crispness as a result, of course, that means the Barq's has the least cream/"creme" soda flavor to it. So, the Polar Diet Cream splits the difference there, and is somewhat less expensive than the Dr. Brown in bottles tends to be (and vastly less than the Dr. Brown's in cans, for some reason), and about the same or slightly more per ounce than is the Barq's. 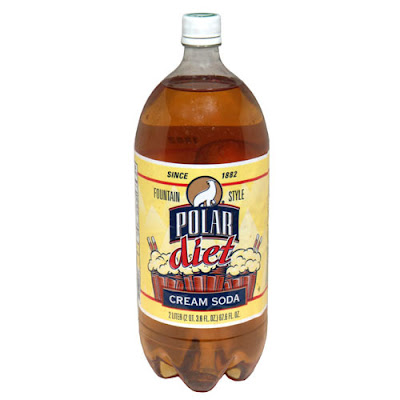 I didn't make the special effort to go find the Mug Diet Cream or other national products yet locally (or the store brands, assuming there still are A&P/SuperFresh markets in this area, as we've just lost our Safeways--A&P's diet cream used to be pretty good), but perhaps will for service's sake in the near future. [2019 update: No one has an A&P any longer, and so, alas, no more A&P cream soda. A&P's remnants and Safeway as a whole are now part of the Ralph's/Von's conglomerate, which also bought out Acme in the mid-Atlantic, and the old Safeway brands, never including cream soda, are what we have in Acme stores these days. Hires and Barq's cream soda, diet and sugary, seem to have disappeared locally, though are presumably still bottled in other regions.] And if you want the crisp flavor of Barq's without the aspartame, color and other chemical load being quite as large, try Polar's Vanilla Seltzer, which is very flavorful and has no sweeteners nor colors. Also making a play for the health-conscious soda freak is Dry Vanilla Bean Soda, a boutique brand which offers itself as low-sugar (and real, organic sugar rather than corn syrup) and all-natural flavor/no colors...at a premium price. It tastes pretty good, and you hardly note the 16g of sugar per bottle...but it doesn't taste much if any better than the Polar seltzer, with no sugar nor calories at all, and the vanilla flavor is much less evident than in the other syrup sodas. 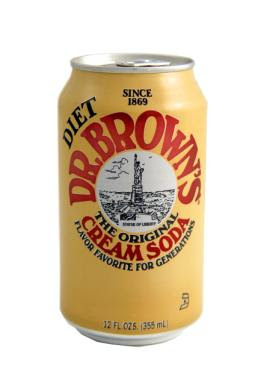 executive summary
*Polar Diet Cream Soda--splits difference between Brown's and Barq's rather well
*Polar Vanilla Seltzer--very tasty
*Dr. Brown's Diet Cream Soda--best
*Barq's Diet Creme Soda--crispest
*Dry Vanilla Bean Soda--expensive, 16g sugar/bottle and not much if any tastier than the seltzer--but not bad and possibly the "least harmful" for those not sugar-sensitive 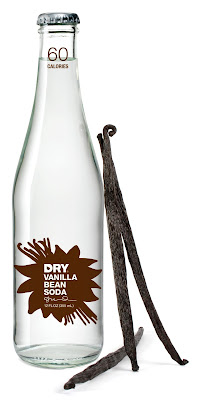 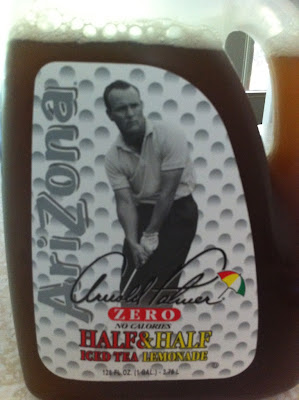 Arizona brand has secured rights to the "Arnold Palmer" tag for their mixtures of lemonade and tea, in full-sugar, light-sugar and sugar-free varieties, in which the tall po'-boy cans are cheap, but the product actually tastes a bit better when it's been in the plastic bottles (and you can trade worries about chemicals leaching out of the plastic for the concern that aluminum from the can might hasten Alzheimer's)...at least one comedian has done a routine about knowing about Palmer as the proponent of half-lemonade/half-iced tea beverages and knowing nothing about him as a golfer. The other two formulae along these lines I find myself drinking regularly are the store brand from Wawa, Pennsylvania-based Wawa convenience marts (as the comedian Todd Glass likes to put it, they're similar to what "7-11 might be if they gave a damn"), and Snapple's version. The Snapple has the strongest lemon flavor (rather acidic), Arizona's has the strongest tea flavor (rather earthy), and Wawa's splits the difference (and might seem bland in comparison, but it's probably my favorite of the three...and is just barely the cheapest, by the half-gallon). 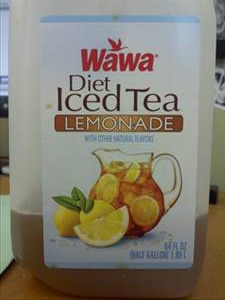 Todd indeed has my sympathy having to drink the above stuff. I probably shouldn't still be drinking beer but what the hell. Here is what I'm drinking:

Imported draft beer poured into a 64 oz growler. I get something new everytime I go. When not drinking fresh draft beer, I've been drinking Guiness or Murphy stout. Some American beers are not too bad as long as you stay away from the watery Miller, Coors, or Bud.

Sam Adams has quite a few varieties. What ever you do, avoid the silly Miller 64. 64 calories means you are drinking a tasteless bottle of near water.

Oh, no sympathy needed, Walker...I'd be drinking the seltzers anyway, and probably growing fatter on the sugary versions of the teas and the sodas (though I might be drinking the Arizona "lite" anyway, as I've always liked my beverages to be less sweet when there's an option).

Miller is one of the less offensive US megacorporate brands, as I remember, but it's not as if you'd be missing a taste treat reaching for a straight Miller rather than a 64. And certainly a 64 ahead of a Coors, a PBR, a Bud, a Schlitz...or a Grolsch, the Coors of Europe (I could only wish for watery flavor instead of the vaguely sugary--diabetic?--urine flavor of Coors and Grolsch--even Red, White and Blue was mildly preferable there). Since I haven't had one in decades, now, is National Bohemian still the best cheap beer in the US?

And while 64 oz at a pull might be a bit rich, why not beer for you?

I have to admit that the 64 oz growler lasts me two days. That's 32 oz each day or the equivalent of two pints. My limit is 3 beers which seems to be working out well for me. I have been known to drink more at a picnic or at a book convention.

Speaking of books, I've noticed at PulpFest and the Windy City pulp shows, that often I'm the only one drinking out of maybe a dozen collectors at dinner. But the decades are piling up, so maybe I'm doing something right.