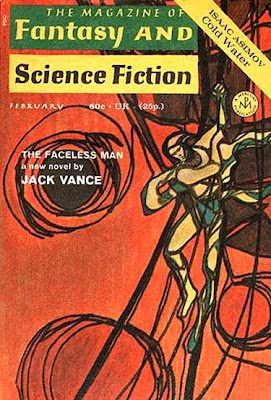 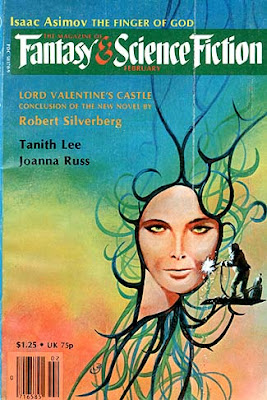 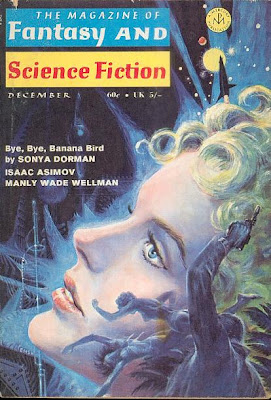 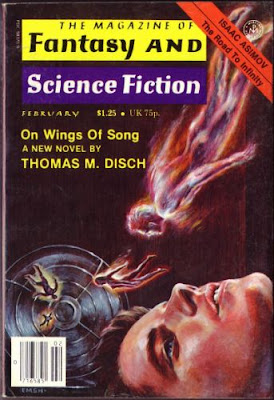 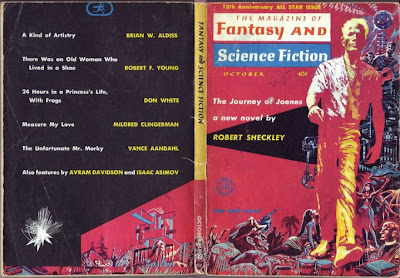 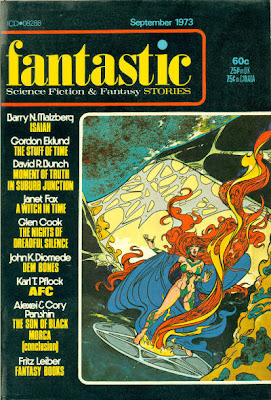 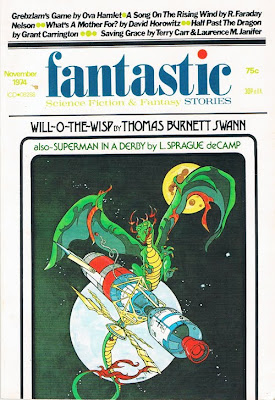 1970s: comics art influence:
Joe Staton (the Fantastics, where editor Ted White was a lifelong comics fan, and would move on to Heavy Metal after his gig at Fantastic and Amazing): 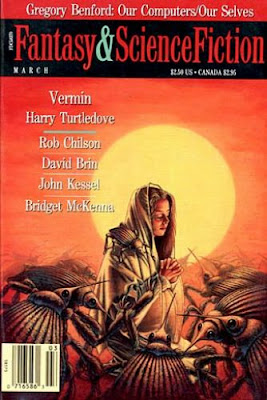 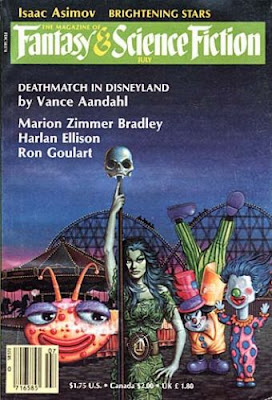 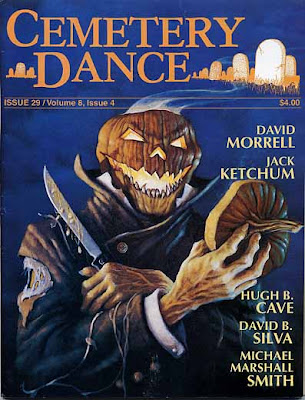 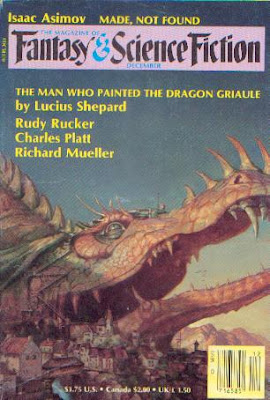 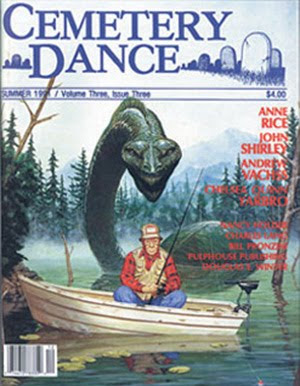 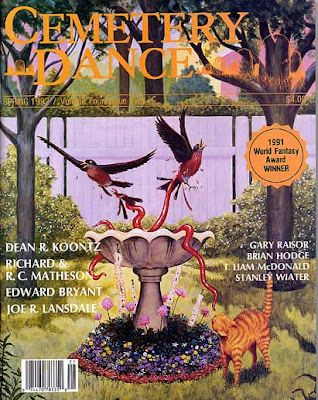 Lovely covers! You have an eye for high quality artwork, Todd!

Great covers, which reminds me that THE MAGAZINE OF FANTASY AND SCIENCE FICTION has been around since 1949 and can still be collected without breaking the bank. I have a set in which I have done extensive reading. The new issue is now at your local Barnes & Noble and we need to support the magazine since it has the lowest circulation of the five remaining fiction digests.

Sadly, B&N is giving it as little support as possible...the stores closest to my work and home have dropped it (among so many other magazines) in the course of following Borders into oblivion. I used to be a Kraft envelope subscriber (and would give a number of gift subs) and even though the PO (another endangered species) still managed to damage the issues at times in the envelopes, they came through usually in pretty good shape. Looks like I'll have to follow a similar path with a number of other magazines I can't find anywhere any longer, such as BOULEVARD and A PUBLIC SPACE. At least the Penny Press fiction magazines (EQMM, ASIMOV'S SF, AHMM, ANALOG) have the strength of the PP/"Dell" crossword magazines (and the astrology magazines, though perhaps the astrology magazines are as much dependent on the word-game magazines and perhaps that's not a bad thing) for some distributor clout.

Thanks, George...there are quite a few to choose from, and certainly these aren't the only three magazines to sport such lovely covers. Also notable how many issues of F&SF, particularly, I missed during my lean times, and/or distribution problems (as the pre-Big Box stores thinned out their own magazine racks).

Todd, these are fabulous covers. Alas, I have no recourse to physical editions of these fantasy and sf magazines. Thanks to Creative License, I am reading ebooks and emagazines online, an assorted bunch consisting of "The Sizzlers" by Jerome Bixby in SCIENCE FICTION STORIES magazine; THE DYING EARTH and THE OVERWORLD short fiction by Jack Vance; THE STREET THAT WASN'T THERE by Clifford Donald Simak and Carl Richard Jacob in COMET magazine; and THE MILLION-YEAR PICNIC by Ray Bradbury. I selected these randomly and because they were available easily. There are some fine sf comics out there too, some of which are already sitting on my hard disk.

Todd Mason, Thanks again. Incites me to round up my F&SFs from the various piles around the house 8-)

Sad that these mags are fast disappearing from public accessibility.

Well, the magazines still exist, and at least some libraries still subscribe to them...requesting them at your libraries can't hurt (and at your bookstores and newsstands, where there are such...)

COMET was an interestingly minor sf magazine, Prashant...Clifford Simak began doing most of his best work a few years after COMET folded, with the stories later incorporated in CITY and later work. Certainly "Desertion" remains a lifelong favorite of mine as well as, I believe, Bill Crider's, and is one of the texts AVATAR the film is loosely based on.

And Carl Jacobi is better-remembered these days for his horror fiction for WEIRD TALES...