Tuesday's Overlooked Films and/or Other A/V: the links and more 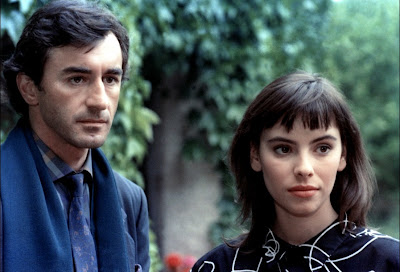 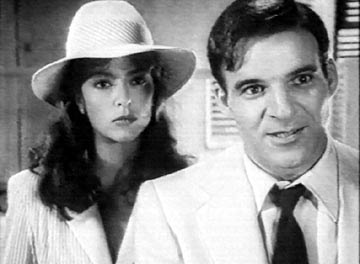 We have an unusually brink-of-summer assortment of the goofy and the unobscurely classic among our mix of overlooked items this week, but the more the merrier...I will cheerfully provide some of the spinach later today, and there might be other entries forthcoming, though this below represents most of the Regular Crew, at least...thanks to all who contribute reviews and citations, and to you readers, as always...and please do advise me in comments if I've missed yours or someone else's Overlooked A/V item. Thanks!

Carolyn Weldon: The National Film Board of Canada's list of 12 sites to watch films for free

David Langford: The Weakest Triffid; Ansible (in case you've never looked into it)

Jerry House: Murder at the Baskervilles 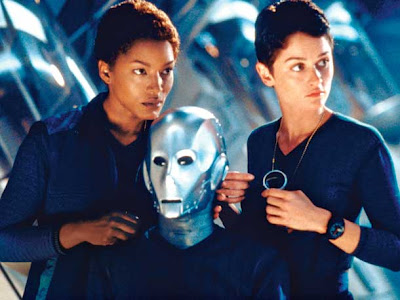 Randy Johnson: I Am Omega 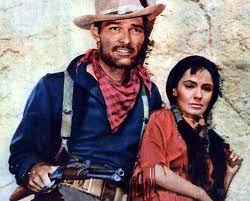 Todd Mason: Paperback Dreams (the title link is to the entirety of the film online--this below is a preview:)


An hourlong documentary, originally broadcast by San Francisco PBS station KQED as part of their Truly California series in 2008, which follows the progress, and lack of progress, faced by two essentially legendary SF Bay Area bookstores, Kepler's and Cody's, as they attempt to make their way in the emerging realities for bookstores, particularly large independent bookstores, in the past decade. Kepler's, whose temporary closure helped inspire the documentary, has managed to keep going...Cody's, which attempted some ambitious expansion at perhaps the worst time for brick and mortar stores in expensive rent districts, closes during the time covered by the documentary, which also limns the history of these two leftish institutions, originally Berkeley-based Cody's inspired by Menlo Park-based Kepler's example, and both initially among the important bookstores that opened in the wake of the paperback revolution of the 1950s. As noted in the interviews, many bookstores had resisted carrying paperbacks initially, due to the low margins of profit from each sale, but Kepler's was among those who saw the opportunity to help get more and more interesting work into the hands of the less-affluent, very much including the students and the burgeoning counterculture of the Bay Area at midcentury...soon, both bookstores had become rallying points as well as inspirations and refuges for the Beats, New Leftists, hippies and others, as well as general bookstore customers. But history will only take one so far, in the face of ever stiffer competition from the Big Boxes, starting to falter themselves by the two-year period covered intensely here, and from the online merchants, not a few of whom (not least Amazon) finding that selling almost anything other than books can make them more money, particularly as the eBooks start being almost (or utterly) loss-leaders from their point of view to entice sales of the eBook readers...a new face on the industry not yet fully in place by the endpoint of the doc. A vital and somewhat saddening account, and the takeaway lessons abstracted in the Wikipedia piece about the film--"Own your own building [...] Hire experienced staff [...] Sell used books [...] Figure out some way to sell books online"--are all useful to keep in mind, not least the last. This has been playing nationally particularly on the World network.
Posted by Todd Mason at 5/15/2012 04:45:00 PM

Thank you, Ron. It's nothing without all your (our) volunteer labor (and in the case of a few, volunteering of some of their previously paid-for efforts)...and yours is definitely among the very interesting-looking and too-overlooked items today...as always!

Hey Todd, I'm back and up and running with my Tuesday movie post. :) It's good to get the brain working once again.

Welcome back, Yvette! Glad you're feeling like meming again...

Some time later the same day. . . as for the bookstore doc, what a strange, sad world when books become loss leaders. Not ideas, just content.

Funny old world, eh? And an utterly mixed bag...the new tech is less wasteful (of trees, to say the least, among so much else in the publishing process), and yet it's also so evanescent and so easy to lose, in a way that "hardcopies" are so much harder to destroy. And, worse, in the Amazon Kindle/B&N Nook/Mac product model, not even primary content, but almost frippery.

Me and my mom were just talking about bookstores the other day in the context of The Old Gray Lady here in NY.

As a corollary to your story I just saw a feed on FB questioning the amount of absorption(?) from eBooks.

The NY TIMES BOOK REVIEW is a travesty most weeks these days, but I suppose that in the wake of the vanishing of the likes of the superior WASHINGTON POST BOOK WORLD, that it's a small favor even to have the ridiculous thing handy.

I still am not comfortable with nor truly enjoy reading fiction off a screen, but I imagine I'll need to get used to it...and hope to see improvements on the devices. Larger screens help.