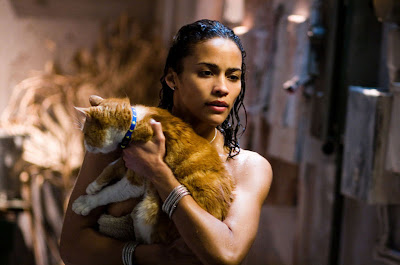 Here are most of today's reviews and citations of insufficiently (usually) appreciated films and other audio/visual drama or presentations...thanks, as always, to the contributors and to you readers...a few stragglers might pop up over the course of the day...and if I've missed yours, please let me know.

Bill Crider: At the Christmas with the Dead premiere; a review

Evan Lewis: The Return of the Man from U.N.C.L.E. 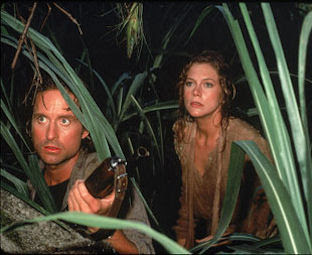 Jerry House: Bride of the Gorilla

Kate Laity: What is Creativity? (...and is that the title?)

Lucia della Paolera: AnyBody of Water

Patti Abbott: Masterpiece Theatre among the early PBS drama showcases, in the tv world of 1971 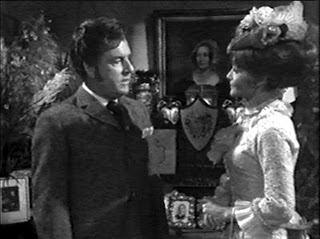 Randy Johnson: Riders to the Stars

Stacia Jones: May Movies to Watch For; A Delightful Hour of Animated Shorts 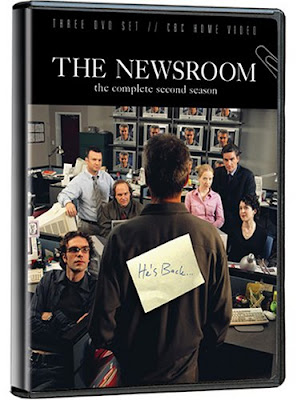 The Canadian series The Newsroom brought a certain nuance to the satirical sitcom that I think was absent, at least from those sitcoms which tackled "glamor" industries, those supposedly devoted to higher purposes...there was no lack of loud, cartoonish, braying attempted satires of the news business before The Newsroom, such as the almost never subtle and only infrequently on-point Murphy Brown, and while characters with as little self-awareness as possible, such as Archie Bunker (originally Archie Justice in the pilot, but Bunker was an improvement) and, increasingly as their series continued, the characters of Seinfeld, had flourished in some of the more notable sitcoms, even the rather sophisticated series such as Absolute Power or The Thick of It or The Larry Sanders Show featured characters who were aware of their own basic nature, for the most part, and often reveled in that. Ken Finkelman's CBC news producer, in The Newsroom and its various sequels and offshoots, is the first character in his kind of position in a workplace comedy that I can recall to not be too blatantly cartoonish, but also self-involved beyond redemption and utterly unaware of this fact or how that shapes the worklives, at least, of those around him. George Findlay is devoted to getting the story...as long as the story manages to catch his attention sufficiently, and more importantly convinces him that some aspect of the story might get the attention of US network news organizations, or otherwise boost the ratings of City Hour, as his newscast is called. He's a lower-rent, yet more pretentious, variation on the common caricature of a Hollywood studio executive, desperate for prestige, and constantly terrified of losing stature, based on his own grandiosely self-serving vision of what constitutes public service, and making his staff, at varying levels of competence and engagement, do what they can to work around him...aside from the only other constant in The Newsroom series per se, the just-up-from-Ted Baxter dolt of a newsreader Jim Walcott (Peter Keleghan). As with many other similar series and films, actual public figures played themselves in various episodes, and usually were rather better written-for and employed than in those other contexts. I see the roots of The Office, both the UK and the US versions, in The Newsroom, in large part, and much of what has followed in similar modes, including domestically in Canada with such series as Made in Canada/The Industry, about the film industry in the country.

The first season, meant to be self-contained in 13 episodes in 1996, turned out to be wildly popular domestically and rather popular on public stations in the US, and so Finkleman was allowed to make the intentionally Felliniesque More Tears and other offshoots on the CBC's dime (or loonie), but none were quite up, artistically nor in popularity, to The Newsroom itself, so a self-referential reunion film, Escape from the Newsroom appeared in 2002, and second and third seasons of the series followed in 2003 and 2004.

Aaron Sorkin's new project, to begin cablecast on HBO in June, looks via the previews to have at best a fraction of the satirical heft of the Canadian series...and, like most Sorkin products after Sports Night, probably won't get the balance of cute and earnest nearly under control. But aside from the confusion it will cause between the two series, we can hope it's a decent series...and that a bit more attention might return to the CBC series, which, along with Escape, is in print on DVD.
Posted by Todd Mason at 5/01/2012 12:00:00 PM

We are watching this right now and enjoying it.

My contribution is now up and running. Thanks!

Did not know of this series. Sounds good. Thanks.

Glad you're liking it, Patti...and I suspect you might as well, Ron. Thanks, Brian...everyone's in that I see so far...

If this shows up at Sam's Club or BJ's Warehouse, I'll buy it.

Or hit the libraries, as Patti does. Actually, the second and third seasons, at Voracious Monster or Big Scary River or whatever it's called, are Price-Club cheap.

Yes, my library has most series and for a dollar I get to watch the whole thing. In fact, I am usually able to renew them indefinitely and can watch at my leisure.

ooh I remember this show coming on a random PBS channel. From what I can recall, it was quite fun.

I'm always last to the party:

One correction. The name is Ken FinkleMAN not Finklestein.

Indeed, thanks, Brent. It was Heavy Early when I wrote that, not that that's an excuse. Thanks for your contributions, Iba and Ivan (the I Team!)

I'm pretty sure I caught NEWSROOM a few years ago and really liked it.

And I've just picked up the remain discs in the series...really going for a song. Haven't seen ESCAPE for dog's years.