FFB: I HEAR AMERICA SINGING: The Autobiography of Gerry Mulligan (gerrymulligan.com/The Library of Congress, in progress) 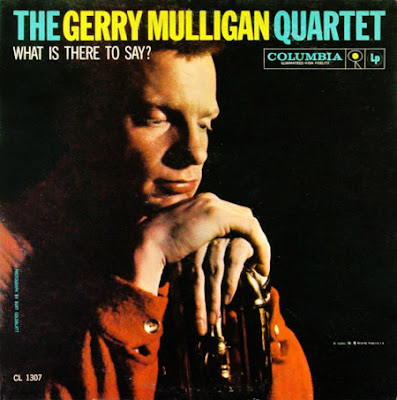 At the tribute site for Gerry Mulligan (1927-1996), and at the Library of Congress's site, you'll find the excerpts from a series of slightly interview-driven reminiscences by the saxophonist/composer/arranger and wide-ranging genius, excerpted in a sort of work in progress autobiography...where the work may have ceased for now, with only some rather good short segments dealing with various aspects of Mulligan's life and career (accompanied on the Mulligan site with musical selections) having yet been posted. Nonetheless, reading the document that transcribes the posted excerpts is valuable, even if more is required...the full multimedia experience the Mulligan.com site is reaching for is about halfway home, and full of rich examples of his work, and the interviews and other materials that work inspired over his career.

I hadn't realized that Mulligan was making his first serious (and successful) bid for a pro career as a music arranger (and even more budding composer) in Philadelphia, in 1943 aged 16, managing to impress WCAU/CBS Orchestra director Johnny Worthington first with his chutzpah and then with the promise he saw in Mulligan's charts. Writing for Eliot Lawrence's, Gene Krupa's and Claude Thornhill's orchestras followed over the next few years, as did his first adventures as a pro horn player, more often playing smaller saxes than the baritone horn that was his primary lifelong instrument; he tells of his overwhelming sense of joy and terror when, Mulligan age 18, Charlie Parker genially coerces Mulligan to sit in on tenor with Don Byas and himself for a jam session; Mulligan avers he later had Absolutely no memory of what they played, simply the sense of how starstruck he was. A few years later, after Mulligan has essentially moved into the apartment of fellow arranger/composer Gil Evans, and they and a constant stream of like-minded folks such as John Lewis (later to cofound the Modern Jazz Quartet) and George Russell (also still working with the Dizzy Gillespie Orchestra) are constantly talking, playing, and working out new musical ideas in the small space. The group also included a young Miles Davis seeing in this pool of talent a means of making a name for himself beyond just another of Charlie Parker's young projects, who then went on to seek out a Capitol recording contract and some club dates for this amorphous group, then turn to them and ask for commitments...thus the singles that would eventually be gathered up, a decade later in 1957, as The Birth of the Cool, with Davis hogging "leader" credit as well as particularly infuriating Lewis with his divo-esque soloing at the expense of the compositions and arrangements in the live performances of the nonet...imagine, Davis as self-important and inconsiderate. 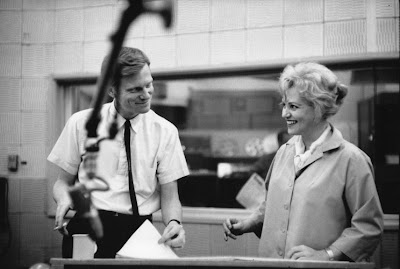 The excerpts touch on much of the important work and life-changes of Mulligan afterward, though the missing bits are often crucial, too. There's a nice couple of pages about Mulligan's first pianoless quartet, with Chet Baker not yet having found his professional singing voice to supplement his trumpet, Chico Hamilton on accidentally lean percussion set, and Carson Smith's bass melding with Mulligan's bari sax to create the harmonic core, but the eventual quartet with Art Farmer, Mulligan's most consistent partner on trumpet and flugelhorn (and on the CBS album pictured above, one of Mulligan's biggest sellers), is not covered. Franca Rota Mulligan, his widow, wife of his last two decades, and one of the primary begetters of the site, is unsurprisingly mentioned at some length, but, for example, Mulligan's long affiance and widowed marriage to Judy Holliday, who died young of cancer, isn't mentioned at all (though their collaboration on musicalizing an Anita Loos novel and their work together on other songs and recordings is mentioned). But, well, goodness...Mulligan's career, ranging from a recording with his neighbor and friend Thelonious Monk when Riverside Records couldn't get around John Coltrane's contract with Atlantic to record the full, shortlived Monk/Coltrane quartet (Mulligan wished he'd had more time to rehearse and generally play with Monk before recording)(and the Monk/Coltrane quartet would eventually record in a studio, but much of that work was not available for decades after), to Mulligan playing in various classical contexts as featured soloist or simply as another woodwind; from the years with the Brubeck/Mulligan Quartet to the various jazz orchestras Mulligan put together for various purposes, and on through his educational work and foundation legacy (also not discussed much in the transcripts, but documented elsewhere on the site)...Mulligan's career was, shall we understate, pretty impressive. Even if his film-acting career was less than stellar (while generous, Mulligan didn't suffer fools gladly...nor did he like burbling fans much, as I found out when Mulligan and I literally backed into each other at a buffet, and we both turned around to apologize, and I was suddenly standing next to a man whose work I'd heard my whole life. He very quickly excused himself.). 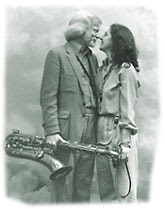 
Mulligan and his eventual widow, the Countess Franca Rota Mulligan.

Lovely stuff Todd - and love that picture of Mulligan with Judy Holliday. I got into Mulligan through watching them in BELLS ARE RINGING (a reasonably circuitous route, I grant you).

Thanks, Sergio...I haven't seen that one yet, but between them the films THE SUBTERRANEANS and THE RAT RACE might be enough to discourage any not-really-aspirational actor...even if his actor/writer wife didn't go into her final spiral not long after.