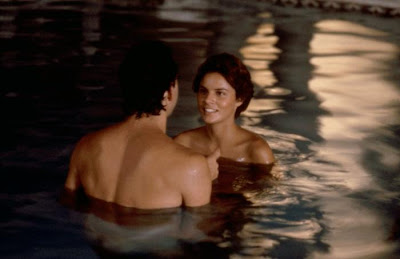 As always, thanks to you readers, and to those who've provided the reviews and citations at the links below...if I've missed yours, or someone else's, please let me know in comments. A few additions are likely over the course of today (even given the slightly later posting than usual...hope no one was kept too painfully in suspense, and sorry for the delay).

Ivan G. Shreve, Jr.: So This is New York

Jake Hinkson: Will Penny; A Face in the Crowd and Andy Griffith, RIP (see also, this, for the film)

John Charles: The Beast that Killed Women; The Monster of Camp Sunshine

John Harvey: This is England and its sequels

Juri Nummelin: Lust in the Dust

Ron Scheer: When the Daltons Rode

Todd, thanks very much for including my earlier post on horror films as well as your comments back there. I have just posted a review on the 1985 film COCOON for Overlooked Films this week. I could upload it only after my return from work late this evening, so I hope I'm not too late.

Not at all...though some of your (anti)favorite films are certainly more overlooked than COCOON, still...wonder what Tahnee Welch is up to?

Todd, thanks very much for automatically linking to my posts (including the older Man in a Suitcase one)!

Juri over at Pulpetti has one I think you missed.

Thanks, Randy...it went up relatively late in the day, and I did miss it till you pointed it out.

Jeff--not at all. Though there's no automation involved on my part.... Thanks!

I was unavble to post a comment at Yvette Banek's place, which no longer has Name/URL as an option.

So Yvette, if you should see this ...

Interestingly, the two comedians appear together in an early segment of Love American Style, which stars Flip Wilson as a pool husler who gets hustled himself by Gail Fisher of Mannix.
Anderson and Moreland are two old guys who bet on the game.

Apologies for using the backdoor.

Not at all, Mike...more leaving the package at the neighbor's house.

Yeah, Moreland's usual shtick always struck me as more Fetchit than Anderson's ever was, even as late as the film SPIDER BABY, and I'm glad to read he found some decent dramatic work, even if fleetingly, in LOVE, AMERICAN STYLE.