The gift of British Invasion... 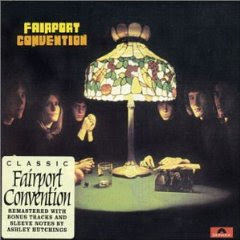 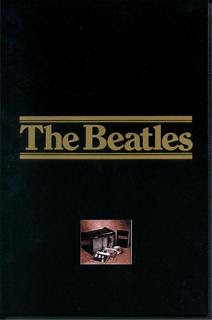 Over the weekend, I picked up (virtually) a gift for Alice...she'd decided, after years of being a voluble Beatles-hater, that she'd like the "complete" Stereo Box. As we were discussing this, I played for her some Kinks songs, and came to realize that the only Brit rock bands she had any recordings of were those made up of Yanks with local talent "behind" them: The Jimi Hendrix Experience and the Pretenders.

So that inspired me to take some initiative to give her some context (and spurred by the fact that she mildly liked to fondly recalled the Kinks songs I'd played) and augmented the Black Box with samplers and/or key albums from:
The Kinks
The Springfields (she's a solid Dusty Springfield fan, and they were the first skiffle/pop band from the UK to make it onto the US charts, in 1962, with their smashing cover of "Silver Threads and Golden Needles")
The Animals
The Zombies
The Yardbirds
The Who
The Rolling Stones
Fairport Convention
The Hollies
and a sampler, to get in a flavor, at least, of the likes of Donovan to the Mindbenders to the Troggs to the Small Faces...sadly, the best I could find that wasn't exorbitantly out of print was the Shout Factory/PBS-pledger-related The British Beat...which does slip in Tom Jones and a few other questionable (if amusing) items (and the Australian Easybeats--why not Joni Mitchell or the Crescendos of Singapore?), but at least doesn't spend any time on Freddie and the Dreamers (even if it also doesn't give us Them or the tolerable Herman's Hermits songs, one of them a Kinks cover, either).

So, have you ever attempted a Quick Introductory Course in a Box, or in this case a small stream of packages, and how did it turn out for you or your beneficiary (or were you the beneficiary, and to what extent?).

And while pondering such education, please consider a textual contribution to Tuesday's Overlooked Films (and/or Other A/V), the links I'm aware of to be posted on this blog tomorrow morning...and thanks.

And thanks to Naomi Johnson, whose thoughtful review of Patti Abbott and Steve Weddle's e-anthology of vignettes Discount Noir also too-kindly cites my own contribution as particularly praiseworthy, happily among others.
Posted by Todd Mason at 2/07/2011 07:36:00 AM

Thanks Todd for the wonderful presents, didn't expect to get so much CDs!

Haven't attempted such an indoctrination, but if I did, I'd be tempted to use the first Nuggets boxed set.

I definitely would've opted for the UK NUGGETS set...if that wasn't one of the ridiculously overpriced and oddly OP items. (I was, perhaps OCDily, avoiding the US bands and their Canadian cousins...though they were thin on the ground, the US sure was better about women in bands, much less all-women bands (Goldie and the Gingerbreads, the Pleasure Seekers, Cradle, Fanny) than the Brits (zip I can see who ever recorded much)...part of the reason Fairport Convention, the only aside from the Springfields to have a female member among my featured bands, was so often tagged the UK's Jefferson Airplane, I suspect (since they were from jump so much moreso the British Byrds). And all the UK women in bands were on the folkie/skiffle edge, such as the Seekers...no Grace Slicks, no Maureen Tuckers, no Joplins as Big Brother. Though Dusty stood up for a lot.

Though it must be said that the all-women bands were at least as well-received in the UK as at home.

I've not ever tried this approach, and I'm not sure what I'd do either on the giving or receiving end if it happened.

I have a boxed set (perhaps from Time-Life?) but my catalog doesn't list the contents and the set isn't at hand. But I'm pretty sure there is Peter and Gordon and Dave Clark Five on it, which you don't mention.

Yeah, no DC5 (as Clarke was reticent about licensing his band's music to Anyone for less than top dollar) is more of a drag for me than even the decent Peter and Gordon. That T/L item is OP, too.

Or, even, Clark. Too many times mentally correcting people who refer to "Arthur C. Clark," I fear.

But, alas, the Bonzo Dog Doodah Band is not.

So, Spaniards (Los Bravos) are also English. I thought the New Vaudeville Band were American.

I was a big Chad and Jeremy fan.

Nice stuff. Of the music you mentioned, I like the Beatles the least.I love The Animals, The Zombies and the Kinks.

Sorry, no forgotten film from this week. I've ben to the Opera to see the Gypsy Baron and the wine has been flowing!

There are definitely whole albums of the Beatles's work that doesn't trump the best of some of their peers.

George, if there was room for two Mindbenders songs, or multiple Tom Jones, there was room for at least another C&J. Though this is their indispensible hit, I'll allow. (Very nearly the worst of Dusty Springfield's hits, too, aside from "The Look of Love".)

I only know Chad & Jermemy from the Bataman TV series!

A soft-rock duo is not without honor, except in their own country...