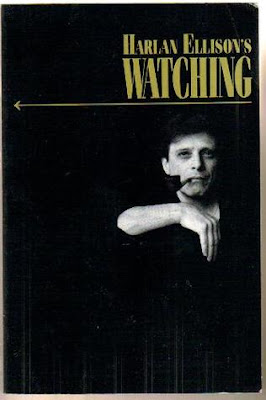 The Magazine of Fantasy and Science Fiction hasn't solely been the most reliable of periodicals for good to brilliant fantastic fiction over its 62 years so far, but has also been a notable source of good nonfiction about the literature (its best decade for literary criticism has been the 1970s so far, which saw regular or occasional columns from Avram Davidson, James Blish, Joanna Russ, Algis Budrys, Barry Malzberg, Fritz Leiber, Harlan Ellison, Gahan Wilson, John Clute, Ron Goulart, George Zebrowski and others, though Davidson's service in this capacity during the latter half of his 1960s editorship was a delight as well, as was Anthony Boucher's similar double duty in the first decade of the magazine, and the fuller list of reviewers, including such later contributors as Elizabeth Hand, James Sallis and Douglas Winter and such earlier as Damon Knight, Judith Merril and Alfred Bester, is that much more impressive)...a source of good writing about science (Isaac Asimov's 399 monthly essays, and columns by Gregory Benford, Bruce Sterling, Pat Murphy and Paul Doherty, and Theodore Thomas)...and reviews of films and related dramatic forms by Charles Beaumont (oddly uncollected), William Morrison (who covered live theater), Samuel Delany (beginning with 2001, and also uncollected), Baird Searles (whose book Films of Science Fiction and Fantasy, which I've yet to see, presumably benefited from his decade of a/v reviews for the magazine), and then the three critics whose collected reviews we briefly deal with here: Ellison, Kathi Maio, and Lucius Shepard. 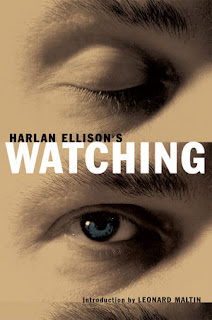 Harlan Ellison probably needs little introduction to most people who've found their way to this blog entry; hyperbolic when he wants to be, always ready to shake an audience of readers or auditors up as much as he can, he can be gauche, self-celebratory (not without reason), and sometimes a bit too facile in his irritability; he is also almost invariably incisive, well-informed, energetic and more frequently than his detractors usually admit striving to be evenhanded in his approach to his subjects, rarely sparing himself when he feels he has fallen short any more than he spares others. He's had exactly one cinematic filmscript actually produced, the famously awkward adaptation of Richard Sale's novel The Oscar, where the producers also took screenwriter credit and presumably added nothing good to film where Tony Bennett first demonstrated that he is an anti-actor...one of the least equipped actors imaginable, not even a bad actor, just incapable. (Being a brilliant and perennially popular singer and, no kidding, a very impressive painter is enough talent for anyone.) And he's had a love/hate relation with television, where he's had dozens of script produced, helped launch or rescue several series, and employed his derisive pseudonym "Cordwainer Bird" when tv producers and others messed over his scripts...and won at least four script of the year awards from the Writers Guild of America West, the largely Hollywood-oriented segment of that guild. And, as this collection demonstrates, at least since high school, he's been publishing film criticism, as contributor and often columnist for the publications ranging from Cinema to Future Life, as well as famously as television critic most sustainedly for the Los Angeles Free Press, work collected in The Glass Teat and The Other Glass Teat. So...he has the skills, the credentials, the background and the flair...what kind of critic is he? Kinetic, occasionally a bit self-contradictory (he can handle violence in films, but not in aggressively stupid films such as the original version of The Omen), and pellucid...you'll rarely come away from an Ellison critique wondering just how he felt about the item under discussion. The edition of Harlan Ellison's Watching I have is the Underwood-Miller pictured at the top of the page; there's a reprint in print, with about half as many pages (and microprint?) that is presumably unabridged, which I haven't seen. 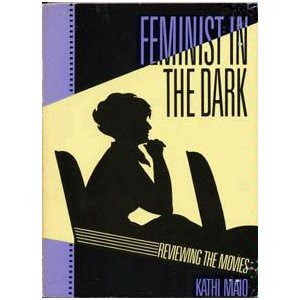 Kathi Maio came to F&SF at Ellison's recommendation; her background in fantastic fiction and drama has been far more casual than that of most reviewers who have worked for the magazine, but she's an insightful and amusing writer, and brings both an openness to the fantastic and a commonsense approach to her reviewing, which she has done as a columnist for the leftist magazine Sojourners before taking the F&SF gig as well; Feminist in the Dark is a collection of her columns from the other magazine, featuring takes on slightly fantasticated or surreal films such as I Hear the Mermaids Singing as well as utterly naturalistic kitchen sinkers as Wish You Were Here and the no-nonsense brothel drama Working Girls; her takes on the films in question is by no means doctrinaire, even if it has drawn some criticism for seeing a little too much good in deeply flawed films that have interesting feminist aspects to them...however, this might be where her critiques are most valuable. 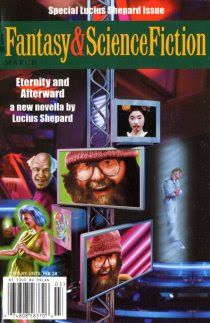 Lucius Shepard, a fiction writer of considerable talent and interesting background, has rarely been faulted for overpraising the works he's assayed for his columns for the magazine, and presented at ElectricStory.com (contrary to the banner at the ES page, you can simply click on some of the critique titles to read them without registering)...if anything, he, with far less direct experience in dramatic work than Beaumont, Searles (who worked in theater and in radio drama and documentaries), or Ellison, is often seen as excessively harsh on his subjects...I'd say that he's rigorous in his assessments of the faulty logic and sloppy storytelling that is usually given a pass if the visuals are pretty or spiffy enough, and while can be perhaps overly dismissive, he's very rarely what I'd call actually wrong about much of anything...just a bit put off by what particularly big-budget filmmakers think they should be able to get away with. His praise for good work, particularly that with very modest budgets, is unstinting, though not obsequious. And his damnation can be very funny, indeed, in a manner that most of the folks tapped for Rotten Tomatoes might well study to their benefit. (I have yet to see Shepard's collection of film review and other essays Weapons of Mass Seduction.) 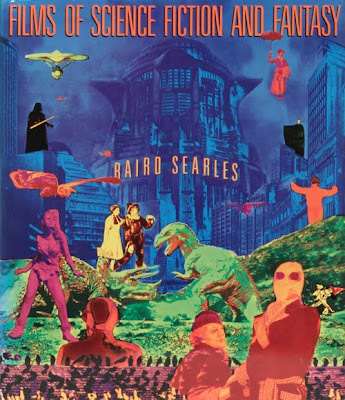 Glad to see the plug for Kathi Maio's book. I own that one. Kathi was at one time a member of DAPA-Em, the only crime fiction apa (now defunct).

I haven't read HARLAN ELLISON'S WATCHING since it was published. I wonder if his views would be worth revisiting. Like Bill, I also have a copy of Kathi Maio's book. Insightful reviews.

Seems odd that there never were any other CF-oriented APAs, at least that made their existence known. I happily dip into Ellison's nonfiction books and FEMINIST IN THE DARK whenever I happen upon my copies, and they are still worth reading, as are the archived Maio columns at the links provided.

I was also going to mention that Kathi was a fairly long-time member of DAPA-EM. I've read the book too.

Cool. It's quite a pity the book's OP...definitely some Maio love here.