Tuesday's Overlooked Films and/or Other A/V

There very well might be further additions as the day goes on...thanks to all contributors and readers of this weekly list, and its linked entries. 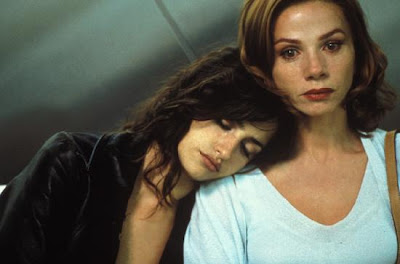 Brian Arnold: Countdown to Hallowe'en; Dark Night of the Scarecrow

Evan Lewis: The Falcon Takes Over

Iba Dawson: An Affair of Love (aka Une liaison pornographique) 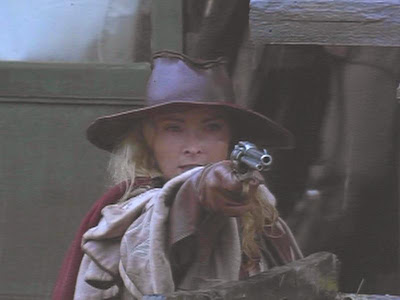 Kate Laity: Curse of the Werewolf 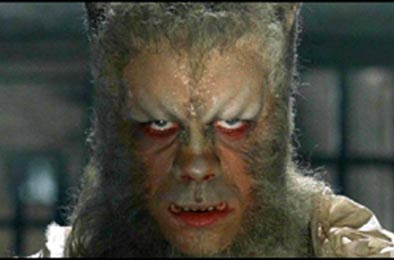 Pearce Duncan: Howling 2: Your Sister is a Werewolf

Walter Albert: The Duchess of Buffalo 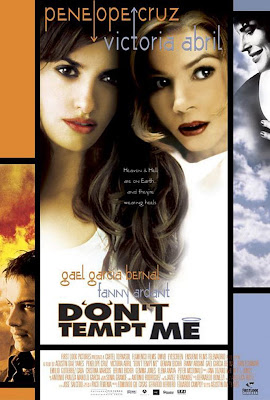 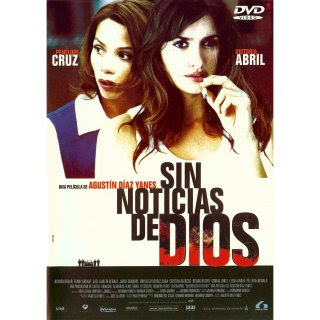 Sin noticias de Dios (imported by First Look as Don't Tempt Me)
The whole film on YT, with some short commercials, annoyingly. (And now it seems the video has been "made private," so the easiest access I've found is Amazon Prime streaming.)

In the States, at least, any film with both Penelope Cruz and Victoria Abril is going to remind most viewers of Pedro Almodovar first, but this film, written and directed by Agustín Díaz Yanes, is more in the tradition of the fantasy films of Jean Cocteau and others, who posit a bureaucratic give and take between Life and Death, Heaven and Hell...not as good a film as Cocteau's works in this mode, nor as thoroughly worked-out (but also not as sentimental) as such older films as It's a Wonderful Life, A Matter of Life and Death/Stairway to Heaven or Here Comes Mr. Jordan, this is still an amusing and mildly satirical film, involving the afterlife communities competing for the soul of a boorish boxer. Both are acutely interested in his soul particularly on one hand because of the waning support Heaven finds for itself, and in Hell because the soul's capture will further an attempt by upstart forces in Hell to take over...so, two agents, formerly human not quite angel Victoria Abril and not quite demon Penelope Cruz, are sent forth to sway the boxer to their sides...Abril's character dropped into his life as his supposedly returned, formerly estranged wife, and Cruz as a cousin he hasn't seen in decades. Among their adventures are the supermarket jobs they take (no funding comes with the undercover work), and the interactions they have with two corrupt cops, male and female (the latter particularly hostile to Cruz's character), among other thugs working for a bookie the boxer owes considerable money.

As noted, not everything is as well-worked out as it might be...loose ends are mostly tied up by the finish, but the compelling need for this coarse soul, as amusing as it is on its face, is never completely justified...the telling nature of the rebellion in Hell (and the fact that it's largely spearheaded by officious Brits--the soundtrack is mostly in Spanish, with some English--as opposed to the Spaniards, including old-guard Hellion Gael García Bernal, who make up the majority of the cast...not that the living Spaniards, such as those who own and manage the supermarket or the aforementioned cops, establish much of a case for the nobility of the Iberians), and other sly bits mixed in throughout (including pleasant nightclub numbers for Abril to sing; Cruz gets a bit of a dance number to compensate), help make this worthwhile viewing. If you could forgive the lapses in, say, Stranger than Fiction...
Posted by Todd Mason at 10/04/2011 10:20:00 AM

Sounds interesting, Todd. And as always I enjoyed reading your post.
Why do you suppose it is usually boxers' souls that are being bandied about in the afterlife?

Remember HERE COMES MR. JORDAN? with Robert Montgomery and Claude Rains? And the newer incarnation whose title escapes me at the moment starring Warren Beatty? And wasn't there another somewhere, sometime?

I suspect it's a boxer's soul in this one in ironic commentary on that earlier trope, particularly given what a goon this one is. I do remember HERE COMES MR. JORDAN, and HEAVEN CAN WAIT the later, which was its remake...and there have been at least one or two others that are escaping my memory at the moment, too...but the boxer is the urban primal guy, who isn't necessarily a thug but acts like one in the ring, at least...thanks! I'm always happy to see your posts, as well.

For that matter, the other Rains film I didn't cite, ANGEL ON MY SHOULDER, is pretty close to this sort of thing, too.

Another one that got by me completely. Ah, netflix why did you let me down?

My entry should be up later this afternoon, and fits in well with both Tuesday's Overlooked and the Countdown to Halloween. I'll email you when it's ready to go. Thanks!

Looking forward to it, Brian. Well, Patti, Netflix hasn't ever been That interested in the margins, at least as they have been seen here. You need the big monitor/tv for your computer and to start enjoying the world of streaming video...not solely from Netflix (it helped that I first caught this the other week on Flix, the Showtime subsidiary channel, and various Showtimes have repeated it since).

What's the vintage on this one? Looks like it could be fun. Stranger than Fiction -- that's the Will Whatsisname one? Oh yeah, with the always grating Dustin Hoffman as a college prof at Columbia with an office roughly the size of an airplane hangar? Yeah, I vaguely recall it.

Yep, STRANGER THAN FICTION, the one with Emma Thompson and Dana "Queen Latifah" Owens and Maggie Whatshername (well, *You* spell it)(Gyllenhaal). It's pretty charming, and Hoffman plays an ass.