Tuesday's Overlooked Films and/or Other A/V: a whole lot more links (thanks for your patience!) 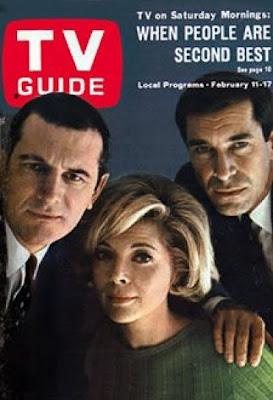 Due to work concerns, I'll be tied up for most of the morning, so will have to post the full list for today's Overlooked in the afternoon...sorry for the delay!

Kate Laity: Do Not Adjust Your Set 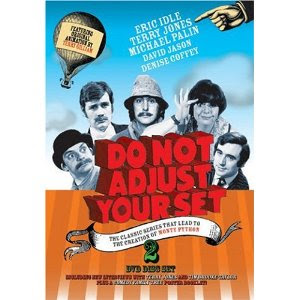 Randy Johnson: Along the Great Divide

Stacia Jones: The Unknown (1927); Carole Lombard, her face and certainly her legs

Patti Abbott: The Ides of March; Patti's Reginald Marsh (beware the Sights of Marsh!) charity story challenge (see my two entries in the blogposts below)

Richard Robinson: "Crawl Out through the Fallout"

***Five Legal Drama Television Series That Are (arguably) Overlooked, At Least in the States (all better than, say, L. A. Law, if on balance less good than The Good Wife)...and far more briefly than I'd like, since it's been a long and busy day...

The Associates was perhaps the best lawyer sitcom we've had so far, and only for a piece of one season (Night Court was a crashing disappointment, for those of us hoping for another Barney Miller). 13 episodes from 1979-80.

Shannon's Deal: The first John Sayles television series, and a fine opportunity for Elizabeth Peña, Jamie Sheridan and even Richard Edson (as Wilmer) to demonstrate their acting chops, with scripts which ranged from rather good to wonderful. A 1989 pilot film and eleven episodes, 1990-91. Ridiculous.

Kavanagh, QC: John Thaw as a barrister probably is just part of the cultural surround in the UK, but this series has had a very marginal life in the States, despite producing 28 long, solid episodes over its 1995–2001 production (of which this chopped and channeled fan video is perhaps not the best representation, just the best I could find yesterday...certainly, I don't remember the music being so intrusive in the episodes).

100 Centre Street: Sidney Lumet's series, one of the best vehicles for Alan Arkin so far and with a solid cast down to very small supporting roles, and overlooked in the crush of great programming in 2001 (33 episodes, into 2002), with this as one of the few highlights on cable station A&E.

Harvey Birdman, Attorney-at-Law: 40 episodes, running about 11 minutes each, offered between 2000-2007 (and wrapping in part because voice-cast-member Stephen Colbert was called away to other duty), this was one of the first surreal humor series to follow Space Ghost: Coast to Coast into the "Adult Swim" bloc on cable channel The Cartoon Network. Like most of those early series, only even more gleefully, this ransacked the characters from Hanna-Barbera cartoons and put them in remarkable circumstances (the Scooby-Doo gang face trial for driving under the influence, for example).
Posted by Todd Mason at 10/18/2011 09:05:00 AM

Todd: I didn't forget you. I'm working on my Overlooked Movies post as we speak. I'll be back later.

Just got one up on a Lucio Fulci shocker.

Mine's up now too, Todd. Better late than never. :)

Thanks for including my Mission Impossible post, by the way.

Oh, here it is. Thanks for the inclusion. I put in a topper to bring it on topic... sort of.

Thanks to you all...and sorry the comments, from me at least, have been sparse today...

As always thanks for including mine.

Todd, remember "Sirota's Court"? I remember liking it more than "Night Court", but have not seen an episode since the 70s. Shame, it and "The Associates" are not available on DVD.

Not at all, Michael; thank you. I think I might've caught one episode or so of SIROTA'S COURT, now that you remind me of it, but I didn't remember it, and that sounds like it might well be a pity. Likewise, I'd still like to see THE TRIALS OF O'BRIEN, Peter Falk's reportedly fine series; I have only the fuzziest memory of THE LAWYERS from THE BOLD ONES "wheel," too. (JUDD FOR THE DEFENSE and THE STOREFRONT LAWYERS, as Harlan Ellison reminds us a major early credit for Cinemax softcore regent Zalman King, are maybe a little less urgent.) And I would've liked to have seen a few more episodes of such more recent series as CANTERBURY'S LAW, CIVIL WARS, FOLEY SQUARE, REASONABLE DOUBTS and AGAINST THE LAW, and I imagine their production staffs might've as well.

REASONABLE DOUBTS has full episodes on You Tube.

STOREFRONT LAWYERS change in premise from rich lawyer leaves big law firm to save the poor to rich lawyer and friends return to big law firm does not sound too appealing. I am curious how a liberal series could rename itself MEN AT LAW when one of the three was a woman.