Film sequels which are at least comparable to their predecessors, when not better... 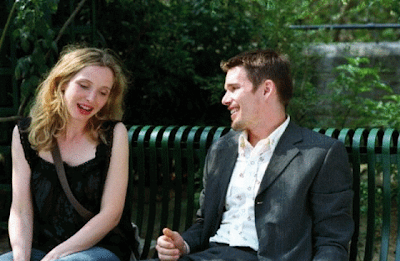 OK, too many people in a row over the last several days have asserted the necessary inferiority of film sequels, so I'm moved to suggest a few of my favorite counterexamples: 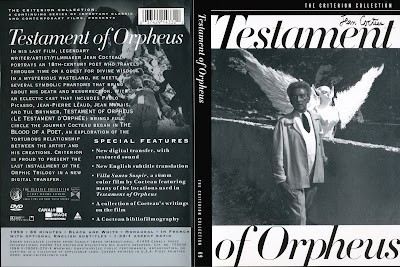 1. The Testament of Orpheus. The mildly sfnal followup to Cocteau's second or third fantasy masterwork Orpheus, and a sort of capstone to Jean Cocteau's film career...autobiographical in the same manner as Vonnegut's Slaughterhouse-Five or any number of other fantasticated works which take advantage of the range of metaphor the fantastic allows to tell very personal truth.

2. For a Few Dollars More. An improvement over A Fistful of Dollars, less blatantly derivative of earlier films, and bettered enormously by one of the (if not the) best of Ennio Morricone's western scores. The Good, the Bad and the Ugly improves on it only to the extent that more money was available for the production of the third film, as a result of the international success of its two predecessors. (Tribute films such as The Quick and the Dead and Unforgiven ring some interesting changes.)

3-5. The Bride of Frankenstein, Dr. Phibes Rises Again, The Godfather, Part II. Three of the examples usually cited of richer, more elaborated, more engaging sequels to rather good films, at very least of their type. The original Dawn of the Dead almost makes this cut, too. 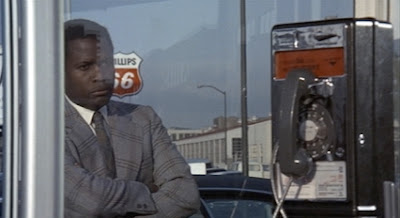 6. The Organization. While this third film about Virgil Tibbs, the second to have no relation to John Ball's novels and stories, is not a patch on In the Heat of the Night, it is a major improvement on They Call Me Mister Tibbs, and of the two sequels is closer to Ball's work, as well as an honest treatment of how relatively virtuous vigilantism frequently isn't going to triumph (and there's a nice ambiguity about how many different groups and agencies amount to the Organization of the title). Also, a cast made up of an impressive number of young actors who were going to go on to major or at least solid, briefly prominent careers, ranging from Daniel Travanti to Raul Julia to Max Gail, and good roles for underused performers such as Sheree North, Barbara McNair and Lani Miyazaki.

7. Batman Returns. What can I say, I find Christopher Walken as Donald Trump, renamed as a film-geek joke for a vampire actor, a better and more interesting villain than Jack Nicholson as a too-blatantly sadistic Joker (frankly, than Heath Ledger thus, too). Michelle Pfeiffer's turn as Catwoman, almost fully-enough realized, helped, too. 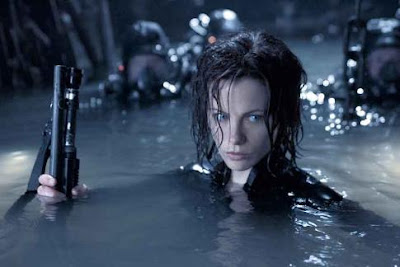 8 and 9. Subspecies II: Bloodstone and Underworld: Evolution. Actually good, or good-enough, films which are sequels to terrible films, and thus both the best and worst examples here (even as, say, the second films in such franchises as Star Wars and Resident Evil, or for that matter the James Bond films, are improvements, if frequently not quite sufficient improvements). S2, however is a genuinely interesting film among a series of otherwise undistinguished work, and U:E is a less blatant example similarly.

10. Before Sunset. Well, there are a number of cycles of films, of which Truffaut's Antoine Doinel series is probably the most famous (leaving aside such intentional series, not unlike television and radio series, such as The Whistler and what became of The Thin Man films...and Bond, again) that follow the life of a single character or serve as a family saga, but few if any films of that sort are so much better in their second (and probably final) installment, certainly to the degree of this one...particularly given how good, if flawed, the first is. 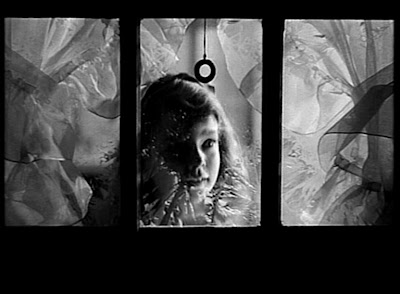 I'm sure there are Bergmans and similar film cycles I should be considering, but this is top of the head in the wee hours...and perhaps some special recognition should be given to nearly-as-good sequels which take a completely different tack than their predecessors (the gentle fantasy The Curse of the Cat People following the savagely satirical horror film Cat People), and works in a related medium serving as improvements on the original (one obvious example being the Buffy the Vampire Slayer television series, the film redone more in spirit it was intended...though that might more correctly be seen as more remake, as with all The Maltese Falcons and The Big Sleeps).
Posted by Todd Mason at 5/29/2011 08:00:00 AM

I found Before Sunset awful and nearly unwatchable. Ethan Hawke's character is so smarmy and creepy (or maybe because it's too much him and not a character at all). I shudder thinking of it.

In general, I'd agree with some of the ones chosen and the general concept (sequels don't have to suck) but the sheer weight of witless retreads surely overwhelms the occasional gem of a sequel.

THE TESTAMENT OF DR. MABUSE. Although I haven't seen the first in the series, this is so very good in itself. Curiously, it can be seen as a sequel also to M, since Otto Wernicke appears in both movies as the same character. There's also a third entry, THE 1,000 EYES OF DR. MABUSE which Lang made in 1960 after his return to Germany that is supposedly very good. After which it was turned into a franchise directed by lesser talents.

I'd also like to put in a word for ADDAMS FAMILY VALUES, not least for this scene:

Whatever did happen to Christina Ricci, btw?

Good take and good choices, through I haven't seen Subspecies!

I'm a big fan of Batman Returns and here's something an old mate of mine wrote that might be of interest to you and your readers.

But the Hawke character was less so in BEFORE SUNRISE, Kate? If anything, I found both characters easier to take in the latter film, and Hawke doesn't get my back up in a default Kevin Spacey/Johnny Depp way. Sadly, of course, the general weight of all films is to be mediocre or worse, so there's no reason for sequels to not follow suit...it's just that these were pretty blatant examples for me of why the blanket assumption makes umption.

Anders, you'd mentioned this Mabuse film in one of the discussions elsewhere, and I've yet to see it, but I've yet to see all the latter-day Mabuse films with the exception of the original M (and M not for decades). Ricci is still a fairly visible working actor, if in fewer high-budget films (compare the slightly slower career of the not altogether dissimilar Thora Birch), and I certainly enjoyed FAMILY VALUES, and perhaps it does deserve a citation in my list, too.

Well, Paul, SUBSPECIES II and U:E are both shot, iirc, in Romania, so if you feel like breaking out a Eurail pass, you might be able to get there from there pretty easily, if any of the castles look like tourism bait...thanks for the links, gents.

And BATMAN RETURNS is easily the best Batman non-animated film I've seen as well, even with some childhood affection for the '60s series pendant.

It's not that the Joker should be a sweetheart, of course...it's that in the context of kind of play the films tend to encourage/fall into, introducing real torture into the mix wobbles the tone too much. Of course, the Nolan films strike me as pompous, ponderous bores, so that Ledger's bit of black humor in the role, had it been less leaden, might've helped.

And the thing about Catwoman is that she is introduced in the original DETECTIVE COMICS story (as the Cat) as a more ambiguous figure than nearly any other adversary Wayne faces, even in the relatively simplistic frame of the stories then...she's always been more of a wild card than her more film-exploited colleague. Their relation really does elevate this film, even if it isn't sufficiently worked out. ("Does this mean we have to start fighting?" [close paraphrase, I'm sure] remains the funniest line in the Batman films, as far as I can recall.)