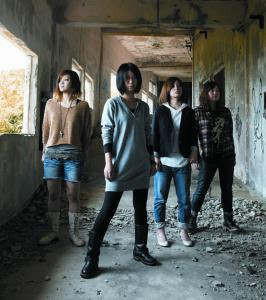 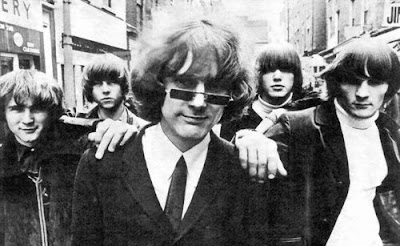 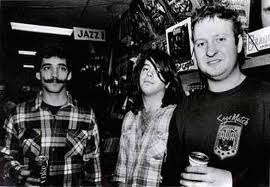 (And since Blogger's been such a charmer lately, you might be better off in several ways by double-clicking on the videos below to allow them to open in their own windows...full view of them, and quite probably less stuttering.)

So, the Byrds. Not too forgotten, as probably the most protean and innovative of the sustainedly popular US rock bands of the 1960s...certainly even such rivals as the Beach Boys, Jefferson Airplane, the Band (with or without Dylan), and (the initially anti-popular) the Velvet Underground didn't cover as much territory, explore as many ways of making various sorts of rock music, often at the pioneering edge of such forms as folk-rock, jazz-rock, and country-rock (in the latter-day form, anyway, as opposed to rockabilly).

And no song of theirs is more iconic than Gene Clark and Roger/Jim McGuinn's "Eight Miles High"...a song about their first tour of England, the flight over (and Clark's acrophobia, which alas forced him to quit the band, depriving the Byrds of their best songwriter by any measure), and, as every idiot censor at the end of 1966 Just Knew, getting high. Well, as a sort of pun, anyway...as this was also McGuinn's most thorough expression for free jazz (though the album Fifth Dimension would also feature the similar, nearly as good "I See You"), particularly that of John Coltrane, who knew and was consistently further investigating spiritual highs via music as well. Even the British jazz-loving rock bands, the Zombies and Yardbirds and Animals and all, hadn't quite caught up with what was Happening Now in jazz to the same extent, and while the two songs were early steps, they were assured early steps...and also on the way toward realizing McGuinn's desire to make what he metaphorized as "jet" music, as opposed to older forms. Certainly the jazz fusion bands, coming from the other direction, were mostly several years off, as well.
"Eight Miles High" (remastered)


The syndicated public broadcasting series Growing Bolder offered its viewers an interesting interview and showcase for McGuinn's home movies of that first British experience for the band, and here it is, with an "Eight Miles High" as soundtrack in the middle, along with snatches of other Byrds and Beatles recordings also heard:
Find more inspiring video, audio, and images at Growing Bolder.

And here's a bit of one of the later (1970), more bluegrass/countrified versions of the Byrds (the Clarence White/Skip Battin/Gene Parsons/McGuinn lineup) doing a improvisational jam/vocals-free version of the song:


And a 1969 concert, also featuring Clarence White, doing a medley of the first three hit singles:


I discovered/rediscovered the Byrds for myself about 1981, having been aware of the hits, of course, in the course of getting a bit deeper into rock generally, and particularly folk-rock, '60s rock, punk rock, and all the other things the Byrds and their contemporaries helped create or at least touched on. By 1984, a pretty grim year (hey, Orwell called it), and at one of my lowest points in that year, I heard for the first time a recording, while riding back to the office in the van-full of neighborhood canvassers for SANE/Freeze, the anti-nuclear proliferation merged organization, this relatively new cover of "Eight Miles High" coming from the University of Maryland radio station, which was puzzling everyone else in the van as to what the hell we were listening to...it was Hüsker Dü, of course, the young Minneapolis punk band about to move off SST Records, a major punk indy label, to sign to the adventurous but clueless Warner Bros. Records, who wouldn't market them even as well as they had the LA-based X some years before:


Hüsker Dü (the band-name means "do you remember?" in Norwegian; it was the name of a heavily-advertised board game at the turn of the 1970s), always ready to express a cathartic rage, and as adept as nearly any instrumentalists in hardcore punk (even their contemporaries the Bad Brains, who had turned away from jazz fusion to essentially create hardcore punk), where suffering ever-greater tensions as a band by the mid-'80s, and this performance:


And perhaps the most Byrds-influenced original music Hüsker Dü did was that on their final studio album, Warehouse: Songs and Stories, of which this triptych of songs is a fine core sampling ("Friend, You've Got to Fall"/"Visionary"/"She Floated Away"):

So, pop-punk, punk-pop, melodic punk rock (as well as extremely dissonant punk rock, I must admit) continues to appeal to me, even as proto-punk did in the mid 1970s...and over the last week I've made a little discovery for myself, in the form of the all-woman band from Okinawa, FLiP, and their current single, "Nagai Kiss" (or "long kiss"):


Oddly enough, they didn't just arise in time for me to catch up with them...they played the US as early as 2009, and this earlier (2010?) single, かごめかごめ or "Kagome Kagome" ("Basket Basket" is a no doubt inadequate translation, as is, probably, "Your Eyes or Your Eyes"), I like even better (it is on the ep Dear Girls):


From their first album, I believe, 2008's Haha Kara Umareta Hinekure No Uta:


In LA on the 2009 Japan Nite tour...the Okinawan candy is over there, as noted before going into a slightly ragged but charming reading of (I believe it is) "Yayoi no Nijuku" ("March 29"?):


...and the studio version of that song:


And, finally, apparently at least minor hit single for them in Japan, "It's a Lie":

Interesting. The Bydrs 'Eight Miles High' is beaut. And 'So You Wanna Be A Rock N Roll Star' is my other favorite by them. Husker Du once did a version of the Mary Tyler Show theme that I liked.

Yup. As a Minneapolis band, they couldn't resist.

Thanks for the intro to Flip -- really enjoy them. LOVE the Dü's version of 8 Miles High and Paul's right -- their version of the MTM theme is simply awesome!

Trivia: my ex-sister-in-law's mother was the artist who created the MTM statue.

There's a strong undercurrent of Mary Richards muscling her anorectic way into this post! Glad you like FLiP, and I hope they get crunchier, much as the Go-Go's did (again) for the third album...the live track I put on is definitely an example of what happens when you can't hear your own vocal in the monitors, and I still like it. It'd been a while since I'd come across Jasmin Tabatabai and her one-off bandmates, and I was due for another blast from somewhere.

I don't remember now if HD's first single actually was "Do You Remember?" but it clearly should've been. I could look it up.

Oddly enough, the Byrds were almost "cast" as a concept as well...but held on, as a constantly shifting group of geniuses and near-geniuses, over seven years (not quite rivaling Fairport, but certainly inspiring Fairport...).

Outstanding post, Todd. I listened to all the clips, enjoyed what I heard. I first heard the Byrds, like everyone else, I guess, on the radio when their first Dylan cover was out, or whatever the first release to play on top 40 radio was, and immediately fell for that sound.

"Mr. Tambourine Man," Rick...and thanks, glad you liked it all. Though I think the neo-rockabilly song they recorded as the Beefeaters, "Boston, Massachusetts," should've been released.