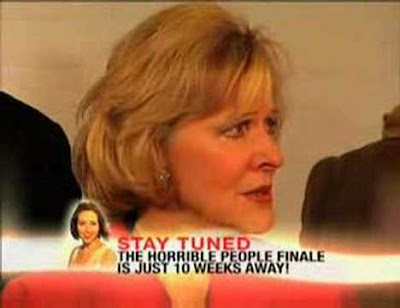 Just a quick few citations today on a busy morning:

UbuWeb is a repository of avant-garde art, very much including the a/v, which has been compiling and expanding since 1996. To attempt to catalog it would amount to replicating its rather cataloguesque nature, but it's pretty easy to navigate in...give it a look if folks ranging from Brian Eno to Marcel Duchamp to Jasper Johns to Samuel Beckett to Gertrude Stein are in any way of interest...

MyDamnChannel is one of the primary aggregators of short humorous video and film on the web...Funny or Die has managed to become better known, with more munny behind it, but MDC still has something to be said for it, particularly when most of it loads, as it isn't doing for me at this hour. I'm particularly fond of Wainy Days, the Harry Shearer/Judith Owen Channel, and the soap-opera parody Horrible People at MDC, but there's plenty I haven't seen yet.

I've certainly talked up such free and less-inexpensive video aggregation sites as the National Film Board of Canada, Archive.org, Amazon and Netflix, Hulu and Crackle, but of course there are so many more to explore at any given time...one I'm fond of is that associated with the small leftist news and culture channel Link TV, which offers a lot of free and full-length content in addition to clips and information on the other documentaries and the rather good slate of dramatic films it offers.

And here's this weekend's film article I was moved to write:
"Film sequels which are at least comparable to their predecessors, when not better..."
Posted by Todd Mason at 5/31/2011 08:01:00 AM

I love UbUWeb! I use it for class (especially my literature, performance and visual narrative course. Billie Whitelaw's performance of Beckett's "Not I" is stunning.

Almost Too Much good stuff there. 'Pataphysically packed.