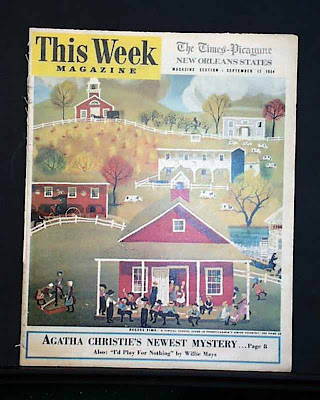 "Sanctuary" is a rather good, utterly typical example of Agatha Christie's work in short story form, very nearly the only kind of Christie writing I've read so far, a Miss Marple story in which Marple is a supporting character, and originally published in the US national newspaper-supplement magazine (much as Parade is today) This Week, which was a remarkably faithful market for short crime fiction in the 1950s, even if they rather annoyingly would, as they did with this not so long story, often serialize short fiction, this one in two parts (perhaps taking a cue from newsstand predecessor Liberty magazine). I read it as reprinted in Ellery Queen's Mystery Magazine (March 1963), the "22nd Anniversary Issue"...one of the magazines I purchased from Donald Westlake's collection, which might well explain the excision of the review-citation of The Hunter from Anthony Boucher's best of the year column in this copy, rather mangling the Miriam Allen de Ford story as well.  Both This Week and Frederic Dannay disbelieved in "Sanctuary," at least as a title, so chose to redub the story (in the former) "Murder at the Vicarage" (very confusingly, given that Christie already had a novel by that title) and (in the latter) "The Man on the Chancel Steps" (one assumes Christie was either unconcerned or a rather good sport about this, though it appears as "Sanctuary" in her collections Double Sin and Other Stories [Dodd, Mead 1961 US] and not in a UK collection, apparently, till Miss Marple's Final Cases and Two Other Stories [Collins 1979]). 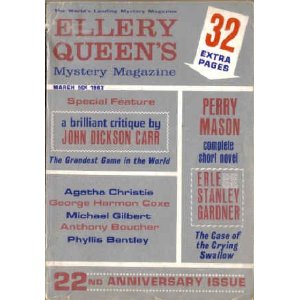 What I like best about Christie short fiction are usually the sly asides, occasionally not so gently satirizing the foibles of particularly the British character, such as in at least a few Poirot stories the tendency of the English to utterly mangle other languages; in this one, the gently satirical bits lean more toward feminist observation, such as how men, particularly of a certain position, can prize propriety over justice, and how younger women in 1950s London might've been expressing newfound confidence by wearing more color than their elders might've chosen. This aspect of her work, as consistently present in my experience of it as the fair-play puzzle (which in this story is a mild and relatively slight one), makes her fiction more akin to that of Wodehouse or Muriel Spark than is often noted, at least in passing, and along with the even stronger thread of it in Sayers's writing has, of course, been influential on crime-fiction writers since, as even such concerns in Hammett's work have similarly been.

This story otherwise is entertaining, and demonstrates Marple's network of relations and friends who both rely on her and aid her in her sleuthing...Marple's goddaughter, the protagonist of this one, is married to a small town vicar and goes by the nickname "Bunch," which Christie suggests is for obvious reasons, and I shall have to look into whether there are implications in English slang, particularly in the past century, that are less obvious now, beyond reasons why such a tag would be obvious now...cartoonist Aline Kominsky-Crumb goes by "Bunch" informally, too, but I suspect for different reasons... 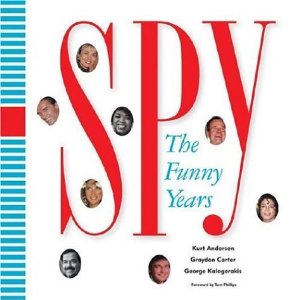 And, as satire goes, while Christie might not be credited sufficiently in some circles, Spy magazine during its heyday beginning in 1986 and lasting to the End of the Funny Years (due to takeover by new management, which failed quickly) in the early '90s, was wildly overcredited, inasmuch as most of the acknowledged models for this brainchild of magazine guy Graydon Carter and upstart writer (and latterly radio host) Kurt Andersen, such as The Smart Set or The New Yorker (in part) or Private Eye, took on rather more daunting targets for parodic criticism than Donald Trump, even if the Trumps of the time were getting entirely too much of a free ride. To daringly mock the nightlife habits of reasonably famous people (even if it meant glancing reference to actor Lisa Edelstein when she was still club kid Lisa E) wasn't exactly coverage of the Scopes trial nor the Official Secrets Act nor even "Backwards ran sentences till reeled the mind"; and while some of the snark (Spy didn't invent snark, but tried to buy the patent) had some import outside the kind of circles The New York Observer somewhat less ambitiously serves today (the mockery of Never Too Rich or Too Thin was certainly on-target and more necessary in NYC than in many places, but useful everywhere), too often Spy was, even at its best, self-congratulatory and navel-gazing to a fault in the way it conducted its business, and this history (mostly by George Kalogerakis, with the editors interpolating at will) and anthology makes the faults even more than the strengths of the magazine as clear as did Rick Meyerowitz's similar Drunk Stoned Brilliant Dead (which I've also written about too briefly) for National Lampoon, similarly half-assed and credited for the full delivery in the decade previous...while similar incomplete, but less overrated and less well-remembered, successes such as Help! and Monocle are too-often overlooked, to say nothing of the less overlooked but less popular, and rather more consistently on-target, The Realist. So it goes, as more than one relevant writer enjoyed noting. 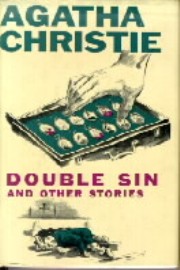 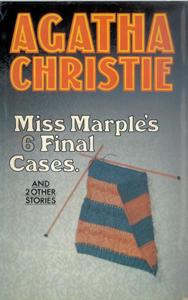 When I was a kid, I went through an Agatha Christie phase when I read 20-30 Christie mysteries in a row. Back then, I preferred the Poirots to the Miss Marples. Now, older and wiser, I'm appreciating the Miss Marple novels and short stories even more.

I can't say I've read enough to play favorites, yet, but Marple might have more hidden depths. I imagine Christie could identify with her more....

Before I forget, Todd, I must mention that Christie always had a great way with nicknames. I really should do a post on this not always appreciated talent. :)

'Bunch' shows up in a couple of other books and I believe it is the same character.

There's also a young girl nicknamed 'Egg' in one of her books.

I've always loved Christie's asides spoken through the mouth of Miss Marple or even Poirot. Poirot's asides are spoken with an outsider's point of view of course.

My favorite Miss Marple comment is the one about how men in love always look like sheep. She is right.

I've made a point to notice this over the years. It always makes me smile.

As "Bunch" is Marple's goddaughter, it doesn't surprise me at all she recurs. On Bill Crider's blog, a Christie specialist noted that she wasn't much for quips, as if that was the only way one could make a humorous observational aside. But, you know, academics.