Hey, did I mention there's going to be a debate between the US presidential candidates of  four smaller parties tonight, starting just before 9p ET? I did? Good. Thought I did. Be there to see what the Greens, the Libertarians, the Constitution and the new (and relatively ad hoc) Justice Partisans might have to say that the large-party candidates didn't, last night or previously.

As always, thanks to all contributors and to all you readers; a lot of lists for the season, this week. More links to reviews and citations of overlooked items are likely to be added later throughout the dayl..but here's what I've seen so far (please feel free to let me know what I've overlooked in comments):

Brian Arnold: Tricks and treats in a/v and trailers for Hallowe'en;  The Midnight Hour

Neer: Butterfly on a Wheel (aka Shattered)

Patti Abbott: The Bob Cummings Show (aka Love That Bob)

Rod Lott: Beyond the Door;  Reel Terror by David Konow

Ron Scheer: Gun the Man Down

Stacia Jones: Bell, Book, and Candle and quite a bit more Hallowe'en cheesecake and H'wood costumery 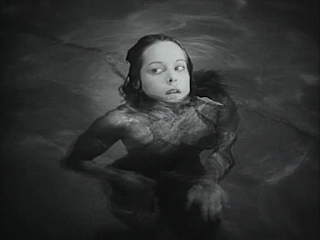 Got one posted, RED SUN, this morning.

Hiya Todd! Got another Halloween themed one for you:

Hi Todd. I have a brand new post ready to go!

Gotcha. Though I had an odd lockup while trying to load your page, Brian.

Well, I've got one too this week.

It's not forgotten by anyone who has seen it. David Warner is excellent. Mary Steenburgen was never better.

Though Steenburgen is usually quite good. And none of these films and other a/v are Forgotten, as it turns out...though I'd say most are more Overlooked than they should be...

Thanks for letting me know about the page. I probably post too many YouTube embeds than is healthy for most computers.

Same here. But this was probably a temporary glitch on my end.

My film is posted, Todd. Working on my Halloween Movie List. Probably the same films will be on it as last year, but still it's a fun post to work on. :)

Rituals are what we make of them, and the familiar can be reassuring, certainly...this telefilm sounds familiar, but I don't think I've seen it...(the plot to another something or other...)

Todd, the title of my film is EVIDENCE OF BLOOD.

Thanks, Yvette, and sorry about that...I think I managed in haste to conflate the title with the phrase "proof of life"...