The three small-party candidates who could (theoretically) receive enough electoral votes to win the presidency, and the candidate of the next most "ballot-accessible" party, will be debating in a session moderated by Larry King, October 23, from Chicago.  The debate proper is scheduled to start at 8:55p ET (7:55 CT) for the live feeds on Link TV, C-SPAN (which also has an archive of video related to the four candidates at the debate) , Al-Jazeera English, RT (Russia Today), and various streaming services including King's regular employers at Ora.tv.

Jill Stein gives a shadow state of the union address: 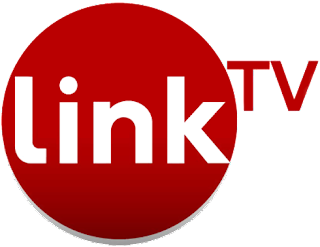 Meanwhile, Link TV, which I mention on-blog from time to time, a small-budget leftist channel (most visible on DirecTV and the Dish Network) with an interesting mix of international dramatic films, impressive dramatic series such as Borgen, the Israeli sitcom Arab Labor and The Team: Kenya, documentaries and news programming from around the world, has just merged with KCET, the Los Angeles independent public broadcasting channel that had been one of the founding members and most-productive contributors to PBS, before disaffiliation in 2010. I suspect that the plan to run Link on one of KCET's digital feeds in LA is simply the beginning of a project to offer Link as a national network, something Link has attempted in a small way over the last decade, when it has been broadcast by stations in the Washington, DC, area and Philadelphia, and it has served as the source of overnight programming for KRCB in the San Francisco Bay Area for years. Some of the more mature content, particularly of the dramatic films, will probably require rescheduling, to bring them in line with "safe harbor" requirements the FCC holds (where such material is broadcastable in late nights). The synergy between the two, one hopes, will flourish...though I also hope that KCET doesn't choose to replace MHz Worldview in LA with Link...


Meanwhile, too quickly, I'll also continue to urge you to check out the consistently Noel Cowardesque charm of The Thrilling Adventure Hour's Beyond Belief series, involving Sadie and Frank Doyle (Paget Brewster and Paul F. Tompkins), a bibulous and ever mutually doting Nick and Nora Charles of psychic detectives...the most recent adventure, "The Haunting of Howard Schroeder," is typically clever and engaging. And while you're at the Nerdist site and in a seasonal mood, why not audit the mutual interview with Guillermo del Toro, Joel Hodgson, and Travis Beacham at the NYC ComicCom, this month. I doubt you'll be too disappointed, if the guest list sounds tempting (but I'd definitely check Beyond Belief first).

I had a question too: Can we only review English movies or movies in other languages can also be submitted?

Neer, feel free to review non-Anglophone films (and other audio/visual material)...usually, somewhere, somehow, it's going to be made available to Anglophone audiences. And some things we don't get a crack at might be even more interesting due to our lack of access.