Tuesday's Overlooked Films and/or Other A/V: some Wednesday links 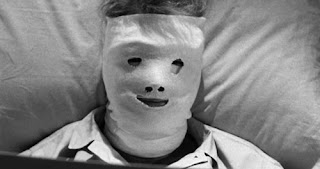 As always, thanks to the contributors and to you readers of these reviews and citations at the links below, and I suspect that there will be the usual several additions over the course of the day. And please do let me know in comments if I've overlooked your post, or someone else's. Thanks again.

Elizabeth Foxwell: Eyes in the Night

Evan Lewis: Blazing Across the Pecos

Ivan G. Shreve, Jr.: The Return of the Whistler 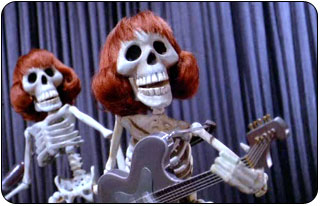 Laura: The Man I Married

Pearce Duncan: Aliens in the Mind (please see below) 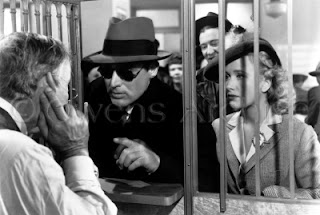 Rick: Film Noir A to Z

Scott Cupp: The Zombies of Mora-Tau

Sergio Angelini: The Last of Sheila 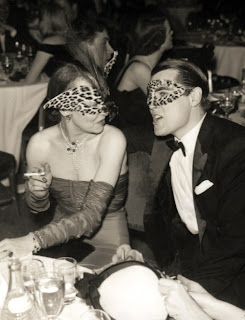 Stacia Jones: Blogathons and more blogathons (and do see her galleries)

Yvette Banek: My Week with Marilyn

Pearce Duncan on Aliens in the Mind:

Here's something of interest to fans of classic Dr. Who, Vincent Price, and/or Peter Cushing.

In the late 1960s, Robert Holmes submitted a story outline for Doctor Who called  "Aliens in the Blood."  Holmes is generally regarded as classic Who's greatest writer; as well as writing many great serials himself, he was the story editor during the classic Philip Hinchcliffe era, which ran for Tom Baker's first few seasons as the Doctor, from the Alien precursor "The Ark In Space" through to Holmes's spectacular finale, "The Talons of Weng Chiang". This entire run of Dr. Who is of interest to horror fans, as many of the stories are rooted in gothic horror (though always with a cod-scientific explanation).

Anyway,"Aliens in the Blood" was never produced, but several years later it was reworked and written up as a six-part radio series called Aliens in the Mind. I have been unable to find out who the scriptwriter was; the credited "Rene Bijenico" appears to be a pseudonym. The roles of the Doctor and his companions were changed to two scientists, played in the series by horror veterans Vincent Price and Peter Cushing. Cushing, of course, played Doctor Who in the two theatrical films of the 1960s, and Price had been tapped by Tom Baker to play the villain in a never-produced Who movie in the '70s. The story involves the two scientists investigating the death of their friend in a small village on a tiny island off the coast of Britain. What seems to be a nasty accident turns out to be foul play, as they discover the existence of mutant telepaths, mind control, and a sinister conspiracy. And that's just the beginning.

The story is far too long at three hours, and relies heavily on the charisma of the two leads to maintain interest. Fortunately, Price and Cushing are both in great form and clearly enjoy each other's company. (Price spoke in interviews how he, Cushing and Christopher Lee used to regularly speak on the phone and delighted in cracking each other up, though his desciption of Lee as "giggling like a schoolgirl" is hard for me to imagine.) If you're as big a fan of these actors as I am, you'd probably be happy just listening to them speak, and they dominate the production utterly, though there are no shortage of supporting roles.

I have no doubt that somebody here will be interested in checking out Aliens in the Mind, warts and all. You're in luck there, thanks to this excellent repository of Vincent Price-related audio: http://vincentprice.org/audio/audio.html You'll no doubt find that there is plenty of other great Price-related audio here to get you through the Hallowe'en season. Or maybe you just want to listen to his cooking classes. In any case, hope you enjoy it!
Posted by Todd Mason at 10/10/2012 12:30:00 PM

Todd, I'm not quite sure my post qualifies for Overlooked Films, so I'll leave it to you to decide. I recall several films of the 50s, 60s and 70s that I watched a long time ago though I wouldn't be able to write about them without some help from the internet.

Sure, Prashant...sorry, I was pressed for time and didn't check everyone who didn't contribute last week.

No sweat, Todd, I really did have doubts over my post this week. These are films still alive in public memory, thanks to their frequent telecast on cable television.

Well, your contribution is hardly alone in that! Though I would prefer to see items about overlooked gems, we have a wide remit here...

I'm trying to envision a time when 1) I can get back to doing these and 2) have time to watch a film for fun that isn't something I've already seen.

A film one's already seen is always fair game, but you have my informed sympathy with the earlier plight.

Okay, Todd, I posted my effort for today. Thanks for your patience.

Thanks for your contribution! Mine's about half-written...

I have one today, Todd.

Hi again, Todd! Not sure this fits your remit, as it isn't a film, but I do have a post on a Overlooked TV series here:

Feel free to include it or not, at your discretion. Thanks!

Todd: only just now I was able to come up with something:

Jeff, I thought I had already taken that from your blog, but I was actually thinking of David Vineyard's review of the same 1955 series...and Jeff, really--we do stereo slides and spoken word lps and conventions...television is utterly within the remit. As is radio, live theater, and so much more...

Thanks once again, Todd! Glad to see you mention Aliens of the Mind..what a great audio drama that is!

You mention David Vineyard's review of SOLDIERS OF FORTUNE...would you happen to have his site address? I'd love to check out his thoughts on this little discussed but highly entertaining series.

Glad you liked the radio drama Pearce Duncan reviews above, Jeff...and just use the search function on the blog (top left of the "front" page), and you'll find the link to that last-year's set of review links: