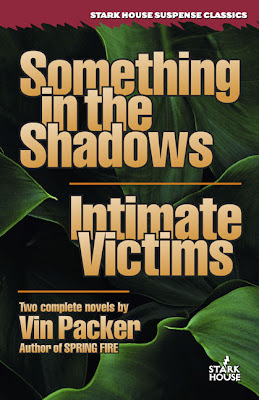 Newly rec'd these last several days:
*"Vin Packer" (Marijane Meaker): Something in the Shadows/Intimate Victims and Whisper His Sin/The Evil Friendship (Stark House)...I wonder if "Anne Perry" and "Packer" have ever conversed over that last, like the film Heavenly Creatures based on the adolescent crime "Perry"/Hulme was involved in.
*Ellery Queen's Mystery Magazine. Jon Breen is going semiannual with his column. Alas, but thirty years of monthly, or nearly monthly, columns is a lot to keep asking for more on top of...
*Fantasy & Science Fiction. Interesting Lucius Shepard take on the film Monsters 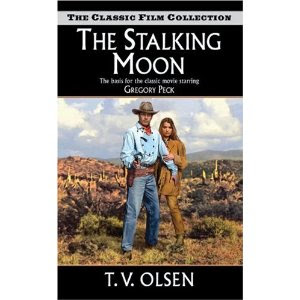 *T.V. Olsen: The Stalking Moon. The Leisure edition.
*Michael Chabon: Gentlemen of the Road. Or, "Jews with Swords" as Chabon would've had it, he notes. Managed not pick up either of these two before, and am amused the Chabon was published under the Del Rey Books imprint. 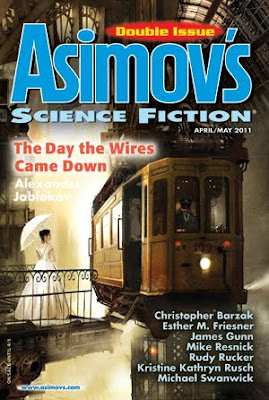 *Ecotone
*Asimov's Science Fiction...it is getting to be increasingly difficult to find new issues of the fiction magazines in the big box stores, my usual source for them...I haven't been able to pick up the new issue of The Strand or Cemetery Dance or Conjunctions for a bit, for example...
*Cinema Retro. But picking up a few odd items where and when I can...

From the mailbox:
*Harper's has a rather good short story from Daniel Mason, no relation, and another opportunity for William Vollmann to make an ass of himself, even though his cover essay's subject, the homeless in his affluent California city, is an important one which doesn't lend itself to masturbatory self-celebration...which hasn't ever stopped him before. 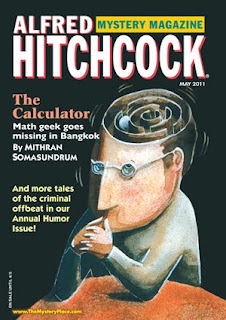 *Alfred Hitchcock's Mystery Magazine, the humor issue
*Esquire, the typically trivial issue (though I suppose one can appreciate, for example, cheesecake photos of Sarah Shahi...among others...though not in this issue...)
*Sight and Sound, the attempt to defend auteurism issue (which is why the feature articles in the magazine tend to be weak, of course)

In the secondhand store: a few annuals (O. Henry and Best American Short Stories), a couple of recent issues of The Gettysburg Review, a book club edition of Mazzeo's Hauntings, an Anthony Boucher anthology, a Peter De Vries novel. Spoiling myself, as with finally buying the cd of this: 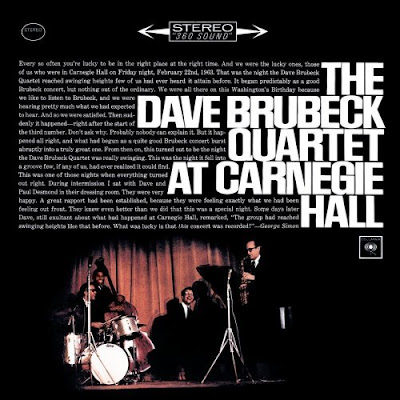 The Brubeck Quartet album that Joe Morello told me he thought was their best recording, At Carnegie Hall.
Posted by Todd Mason at 3/05/2011 11:10:00 PM

Todd, I feel your pain about difficulties in getting fiction magazines. Living in Podunkville actually has its disadvantages; the nearest Big Box store is about 45 miles away and its selection of fiction mags is dismal. On the other hand my experience with subscriptions has also been dismal; in best cases, no more than 75% of the issues reach me and, with several mags, I never got a single issue. The one used book store in the area (only 20 miles away) does not sell magazines.

My only subscription now is with Locus -- which often reaches me a month and a half after being mailed.

I really don't mind this situation.

You must have read my mind, as I was eying that very same Stark House Packer collecting. I have a number of her original GM books, but not those.

Happily, there is at least one local B&N (in Cherry Hill) which is keeping up with its newsstand, and had copies of THE STRAND, BLACK CLOCK, NEW OHIO REVIEW, TIN HOUSE, LOCUS, BLACK STATIC (as usual, misfiled in the film magazines), and several others in evidence (I already had most of the stalwarts, like EQMM, and the upstarts, like SUSPENSE, and as usual, GRANTA and GLIMMER TRAIN didn't quite make the attraction cut). (Also picked up the new JAZZ TIMES, DOWNBEAT and VIDEO WATCHDOG, and decided to give NAT GEO's current issue a look.) That subscription problem sounds a like a problem with your mail delivery, Jerry...I wonder if an experiment in taking a PO Box in an adjoining district would be Interesting...otherwise, perhaps we should set up a Committee of Correspondence...I did pick up an extra copy of THE STRAND in case the Rara-Avis member and blogger Jiro Kimura hasn't been able to find one yet.

Cullen, Ed's listing of one of the originals, with its brilliant Dianne and Leo Dillon cover, finally nudged me into action...I bought a secondhand copy of that edition as well, but it hasn't arrived yet.

Nice to see your new arrivals. I'd have had one up this Monday but the post of the finished shelves and books on 'em took precedence. So, what do ya think?

You picked up some damn nice stuff,there, and you're right, that's a superior Brubeck album.

All those periodicals... how on earth do you fins time for them?

The bookshelves look pretty good, Rick...I could use some, but I could use a house to put them in.

Meanwhile, I read as much from each magazine issue and book as I choose to, and can...