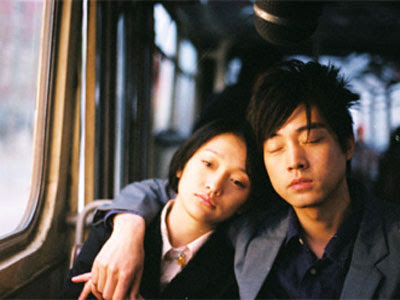 Stolen Life (debuted in the US on Link TV)

People are "cutting" their tv-programming cables, as a result of needing to economize and because there are so many options, both authorized (such as Hulu and Fancast, Netflix Streaming and network websites) and unauthorized, for pulling down cable and broadcast programming from the web...but there are also a panoply of "small" national networks that have broadcast signals, usually in the larger "markets" but not exclusively, beyond the Big Eight (and if we include the Spanish-language broadcast networks in the US, the Big Eleven/las Once Redes Grandes) of ABC, CBS, NBC, F(ox)BC, PBS, the CW (Columbia Warner, the heir to the merged UPN and WB networks), MNT (MyNetworkTV, Fox's little sibling created to feed to Fox-owned former UPN affiliates and other stations "orphaned" in the CW merger), Ion Television (the punningly-branded successor to PaxTV) (and Univision, Telemundo, and Telefutura). Hell, some of my fellow bloggers mistake some of these for cable stations, when actually they are broadcasting to nearly all the US, though some in some areas can only be seen on cable or via satellite.

Beyond these, though, because so many stations have the option of broadcasting their digital signals in standard definition rather than high definition, that means the station that was solely the NBC affiliate in your area is often now also the Universal Sports network affiliate, and could also be affiliated with one of at least three "nostalgia"/repeats-oriented networks (judging by the series they rerun, RetroTV being the best of them, ThisTV being the middle babynet in age and quality, and Tribune's new AntennaTV trailing...albeit all three have about as mildly interesting a mix of old films as each other, and all devote a good chunk of their 24-hour schedules to the films...unfortunately usually edited, and panned and scanned, and with commercial breaks, but there they are, some very obscure indeed; ThisTV also offers the revived, syndicated Elvira package on weekends). Older low-budget broadcast networks, such as America-1, also offer a mix of sports coverage, series repeats and inexpensive films...but these are slightly less likely to be the secondary and tertiary channels of large network affiliates, so much as featured on low-power analog signals.

In public broadcasting, all under the gun from the "reformers" in the US House, particularly, there is a selection of networks smaller than PBS that are at least interesting supplements to the largest US network: World offers repeats of PBS documentaries, syndicated nonfiction programming (a lot of public broadcasting programming, a Whole Lot, even on PBS stations, is actually from syndicators, including American Public Television which administers World), and a few items original to World; likewise, Create, also administered by APT, features mostly crafts and travel programming, some of which comes from PBS and most of which is syndicated by APT and NETA (the National Educational Telecommunications Association). MHz WorldView is a network devoted to international programming, and domestic programming for diverse ethnic audiences, with hq and an anchor station in the Norther Virginia DC suburbs (not so very far from PBS's headquarters), and about thirty affiliates so far nationwide; among their notable programming is a series of (mostly European) subtitled crime dramas, the International Mystery Movies, which regularly feature such film- and television series as the French Maigret, the German Tatort, the Swedish Wallander, and various Italian series, including the Mafia drama The Octopus. Other national public broadcasters, including Germany's multilingual North American feed of Deutsche Welle and Japan's English-language NHK World, have some penetration into the US, as either 24-7 feeds or partial-day feeds on digital public frequencies. The Classic Arts Showcase is a selection of classical music, opera, drama, dance and other short videos that a number of stations use as overnight or 24/7 programming, as well.

And there are feeds that get relatively little broadcast clearance, but still get some, often as overnight feeds on the stations which still carry them, as well as having, in the first two instances, pride of place particularly on the satellite providers: Link TV, the largely leftist and internationalist pledge-supported channel, and the Documentary Channel, funded with commercials (the US station, as opposed to the unrelated Canadian station with the same name). Link TV is particularly good for international dramatic film, along with news programming and documentary...they were the first to broadcast the film Stolen Life, source of the still above, as part of their ongoing Cinemondo series.

And there are a slew of religious networks, shopping networks, and such special-interest networks as LiveWell and Wealth TV, which are also seen on digital broadcast channels around the US. 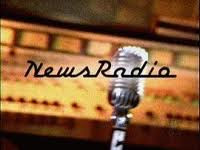 Meanwhile, the former NBC sitcom NewsRadio isn't Too obscure, as probably the brightest of such US series in the 1990s (at least for the first four of its five seasons; they were never quite able to regain their rhythm after the murder of co-star Phil Hartman). But, having purchased the entire-series dvd set recently, I thought I'd add my voice to the chorus of complaints about how shoddily the set is packaged, with a flimsy plastic spindle-tray holding all the disks, with no protection from rubbing against each other and only a piece of die-cut cardboard to protect the top dvd from spilling out of the tray if the box is tipped in various directions. A very cheap and shoddy job, with minimal documentation in the package, which is retailing for nearly $50 at full price, but is frequently available at considerable discount, as the packaging all but demands. Which is a pity, since the content of the episodes is often brilliant, and even the weakest episodes of the fifth season are usually worth at least one run-through. The commentaries, beyond those provide for selected first and second-season episodes, tend to be rambling chats, but do turn up the occasional interesting bit of history or stagecraft; one thing that became apparent as I watched and listened to them over the last week or so is how cursed this series seemed to be, even with all the cameraderie between cast and crew and management, until one reached the idiots in NBC brass who were constantly pushing for stunt casting and "cutlet" breast-enhancement falsies for most of the female cast. Hartman was murdered by his unstable wife, who shortly thereafter committed suicide; Dave Foley was having endless hassles with his wife, then ex-wife, that were sometimes nearly as severe; Maura Tierney, albeit much later, would face breast cancer (and oddly enough had to pass on her role in the NBC series Parenthood eventually to Lauren Graham, who was all but forced on Newsradio by NBC bosses for a [quite good] multi-episode "arc"); Andy Dick was coping poorly with alcoholism during the series; among the actors playing other recurring characters, John Ritter also suffered a sudden death. Of course, other regulars, guests and recurring folks have had very little public tragedy in their lives, but the percentage of NewsRadio folks stricken seems, one is tempted to write unjustly, high.
Posted by Todd Mason at 3/15/2011 02:21:00 AM

I always enjoyed NEWS RADIO, which seemed (with a few other shows) to set a new standard for quick and witty dialog.

Sophisticated, and relatively realistic, farce. More refined and diverse than FRASIER's similar efforts, though FRASIER at its best was nearly as good.

For the 'retro' programming, there's also MeTV... Usually good series, along with some of the usual clunkers.

There is now! MeTV was still a very new national network in March, 2011 (they began moving across the country the previous November). It's since been joined by Bounce and Cozi TV as new repeat-based broadcast networks...while some of the Christian networks, particularly FamilyNet and Inspiration Channel, are also attempt to court new viewers with blocks of fondly-remembered repeats.