Relativity (1996-97) is the Great Lost Herskovitz and Zwick series...following thirtysomething and My So-Called Life and preceding Once and Again and quarterlife (all but the last, originally a web-based, series produced for ABC-TV broadcast). Each ABC series was, by me, better than the last, but Relativity, about two twenty-somethings who meet in Europe and discover that they live in the same US city, and their enmeshed lives with their extended families (hence the series title), hasn't achieved either the initial popular success on broadcast of thirtysomething nor O&A, nor the cult status of So-Called; while it wasn't as brilliant as Once would become at its frequent best, it was certainly a memorably good series that deserves all the pleas for home video release currently stacked up at Amazon.com and elsewhere...and had an impressive cast along with the typically serio-comic approach of Zwick and Herskovitz series...or such other work as the recent Zwick-directed film Love and Other Drugs. Since their first pilot for CBS, A Wedding, wasn't picked up, and quarterlife had a rather disastrous run on NBC and Bravo (where its promotion and placement were utterly bungled), we will simply, I guess, wait for the official streaming video to follow the three episodes (oddly enough, the last three) currently up on YouTube (likewise for the third and final season of O&A). 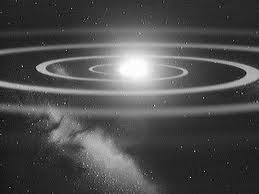 Universe, the elegant 1960 astronomical documentary, with major strides forward in realistic animation (even if, almost sadly, all in black and white) juxtaposed with some nice slice of 1960 life in Canada footage...and, unsurprisingly, based largely on now-outdated planetary and stellar astronomy (the suggestion that the observed color shifts on the surface of Mars as the likely result of vegetation was already on the Very optimistic edge of speculation by 1960). The National Film Board of Canada is very proud to note that this film helped inspire 2001, among others, and it's probably one of the most famous of all cosmological documentaries...along with the later, briefer, slightly more wide-ranging (literally) Powers of Ten. (And I do hope that everyone reading this is aware that along with such archives as YouTube and competitors, Archive.org, and (of course) Hulu, there are impressive smaller caches of film and video, one of the most impressive being the National Film Board's site.) 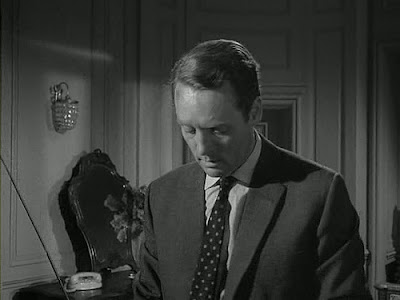 I've recently picked up the complete series set of Danger Man (known in the US as Secret Agent for its hourlong episodes), and the first episode I made a point of seeing again, for the first time in years, was "It's Up to the Lady"...of all the Danger Mans, even the one set in the training village for spies, I'd suggest this one is one of the key working models/run-ups to The Prisoner, where an excessively credulous Drake is pulled off vacation and has to do what he can to convince the wife (Sylvia Sims) of a defecting British Foreign Office China expert to convince him not to go through with the exile in China...well, it still works down the line, very much including the threadbare accommodations both the British and Albanian (as agents for the PRC) sides are willing to offer.
Posted by Todd Mason at 3/08/2011 06:00:00 AM

Never did see Relativity because we were in Amsterdam that year. ALso missed Freeks and Geeks and My So-Called Life. I feel I have a culture lag because of it.

Well, discs are available of FREAKS AND GEEKS (and I believe of the relative upgrade of UNDECLARED, also now rerunning on IFC) and of MY SO-CALLED LIFE...but not yet of RELATIVITY.

Well, the DANGER MAN harpsichord theme is pretty catchy, to (though I tend to improvise on what I often sing as "Secret Agency Guy," perhaps too influenced by Chris Elliot)...and this is one of the toughest of DMs, in the perplex it puts Drake's targets in (a choice even Hobson wouldn't envy) and in the situation it leaves him in, as well.

I loved Danger Man. Watching the whole original half-hour set in a short space of time was a great instruction of how versatile a tight formula can be, if handled intelligently.

I have yet to crack the half-hour episodes, as you might've gathered, but they're on the agenda...why none of the repeat-heavy stations/networks (TV Land, RetroTV, ThisTV, etc.) has, for example, made 7p or 9p or 11p Spy Hour and run a strip of the better British and US spy series, at least, is puzzling...no less when in the States, at least, the DANGER MAN and AVENGERS boxes are issued from the A&E (cable station) label. Monday DANGER MAN/THE PRISONER, Tuesday THE AVENGERS, Wednesday MAN IN A SUITCASE (soon supplemented by others, to be sure...I'll nominate THE COMPANY, certainly, and even ONCE A THIEF, among the more recent series), Thursday MAN FROM U.N.C.L.E....